Look up in the sky! Comet Neowise is now visible to the naked eye across Northeast Ohio 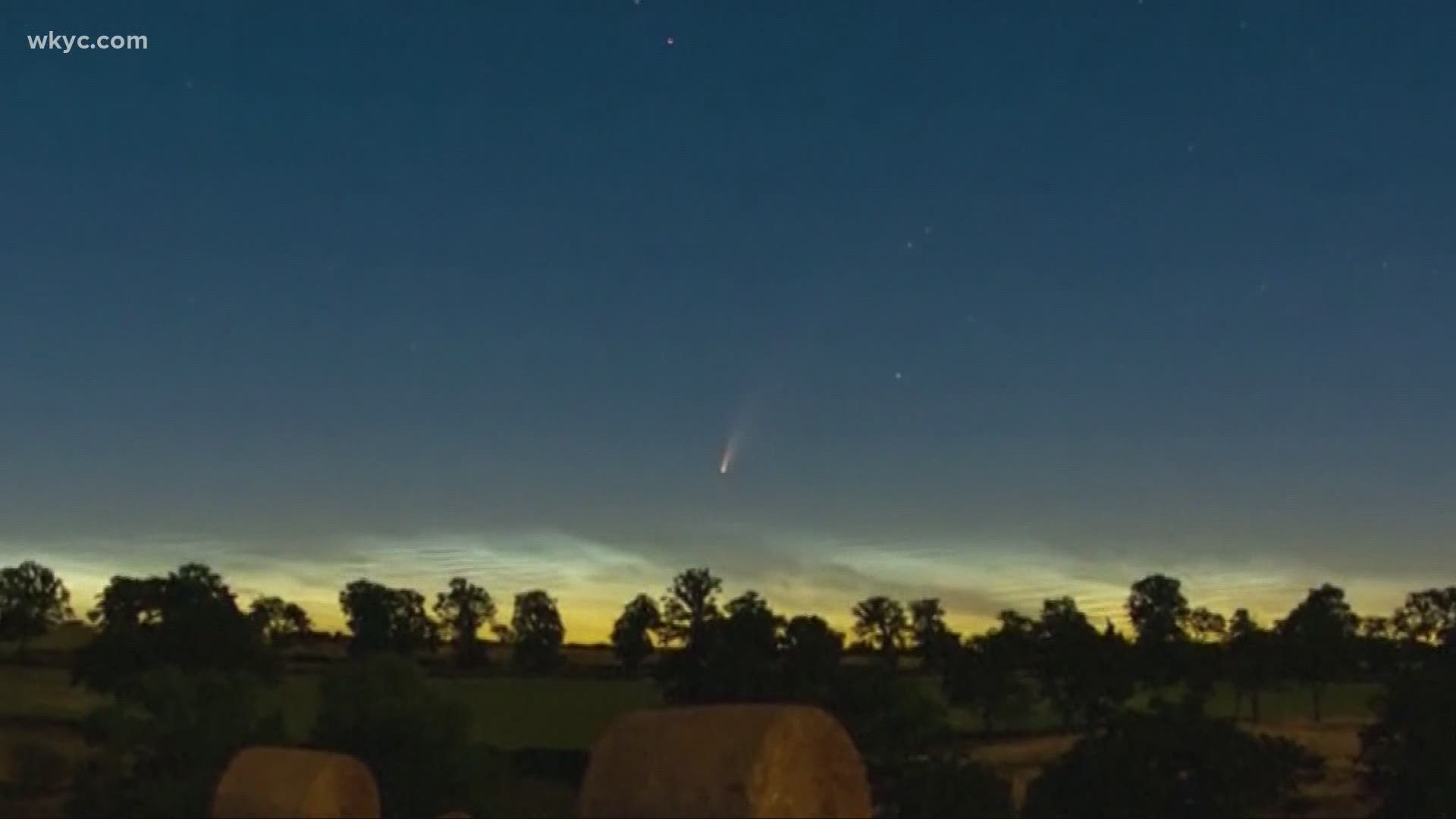 CLEVELAND — Comet Neowise has now become visible to the naked eye here in Northeast Ohio, and your best chance to see it starts from now until the end of this month.

For the next week, Neowise should be visible as early as 9:30 p.m. until about 11 p.m. Cleveland State University research astronomer and 3News contributor Jay Reynolds suggests looking to the northwest sky, approximately one-fist (at arm’s length) above the horizon, to the right of where the sunset occurred.

Jay says we’ve already had two comets come by this year, but both broke apart before they became visible.

Neowise’s orbit recently carried it around the sun and is now heading back into space. It will return to our region of the solar system in approximately 6,750 years, so you don't want to miss it!

Every day at 10 p.m., the comet will be higher by approximately two degrees until July 30th. As the comet climbs higher, it will become dimmer. This is because it is moving farther from the Sun, therefore less heating of the core, therefore less water and dust is being ejected into space.

The comet will be closest to the Earth on approximately July 22-23.

We'll have a really good shot at spotting Comet Neowise tonight! We'll see it until July 30th, but it gets higher and dimmer each night.Go for dark skies with a clear line of sight to the northwest for best viewing (yes, the Lakeshore is great!). @wkyc Thanks @reynoldsastro. pic.twitter.com/x88lRX0tAz

RELATED: "In the Sky" discusses planets, stars & comets during the month of July 2020

RELATED: A comet is visiting from the most distant parts of our solar system, and you can see it