When are the Brood X cicadas emerging? Facts about the large and loud bugs that have sparked culinary and musical inspiration

Billions of the 17-year variety of cicada will rise from the ground in the coming weeks. They are edible, and at least one song has been written in tribute. 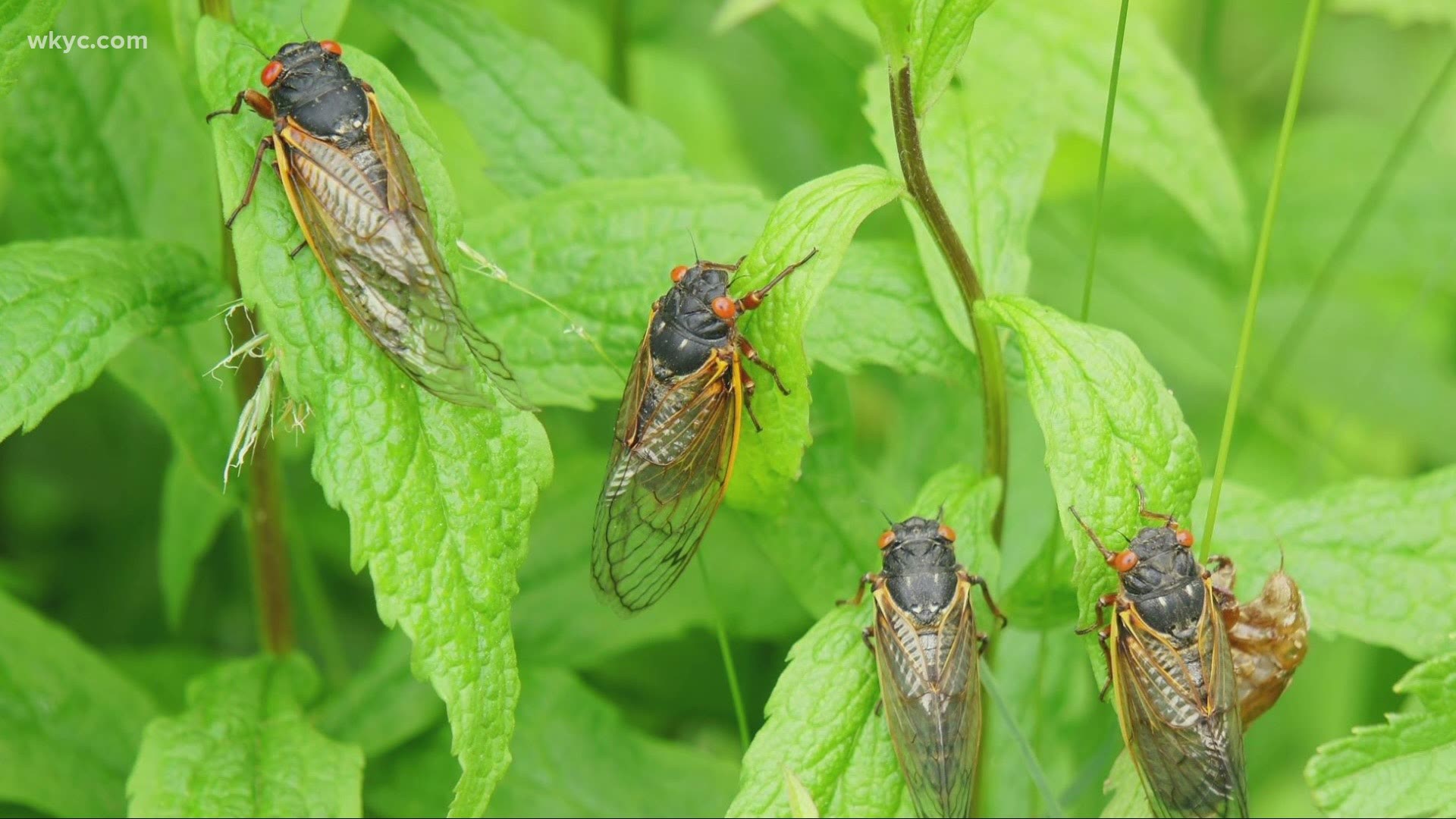 TOLEDO, Ohio — Brace yourselves; The cicadas are coming. Lots of them.

After 17 years underground, billions of Brood X cicadas are set to emerge across the eastern and midwestern United States in the coming weeks. The buzzing creatures will start to pop up in an area bounded by Illinois to the west, New York to the east, and Georgia to the south.

Ohio is considered to be a hot spot for the Brood X variety, which is among the largest in population of all the 17-year periodical cicadas, according to Earthsky.org. They spend 17 years underground, feeding on sap from tree roots.

They emerge in the 17th year all at once to avoid being eaten by predators. The females are silent, but males make a hissing sound to call out for a mate.

Adult cicadas mate and the female lays eggs, which will fall from trees and sink into the ground, starting the process all over again. Then, the adults die.

Despite their appearance, cicadas are harmless to humans. They do not bite or sting.

According to the Ohio Department of Agriculture, cicadas will not harm your home, garden, crops or animals. However newly planted trees should be wrapped in a mesh net.

In large groups, the noise from Brood X can reach 100 decibels. That's equal to a lawnmower starting or a low flying airplane.

Ohio counties likely to see the most are Defiance, Franklin, Greene, Hamilton, Logan and Montgomery.

They can also be eaten, as is common in many countries. If you're feeling brave, there are several cookbooks available online.

Jerome F. Grant, professor of entomology at the University of Tennessee Institute of Agriculture, says that yes, the googly-eyed insects are edible.

Grant told our sister station, WBIR in Knoxville, that when this batch emerges there could be more than 1 million bugs per acre.

If you want to eat them, they're tastiest when they come out of the ground in the morning and before their shell hardens.

"They are related to shrimp and lobster," Grant said. "You could use them in the same recipes."

If you are cooking up the adult cicadas, you can pull the wings and legs off to reduce the crunchiness.

In it, Block recalls the emergence of cicadas "everywhere" during his daughter's first birthday party outdoors in the Chicago suburbs, calling it unforgettable.

And, like clockwork, back the noisy bunch appeared for her high school graduation, marking yet another milestone in the family's life.

You can LISTEN TO THE SONG HERE.

Block laments the lack of abundant cicadas in northern Michigan, but holds on to "fond memories of sitting on the porch in the Chicago suburbs in the summer, drinking a beer, and listening to the drone of the cicadas in the tree canopies. ... That pulsating drone that gets louder, then quieter, then louder again, etc. It sounds so other-worldly, almost extraterrestrial."