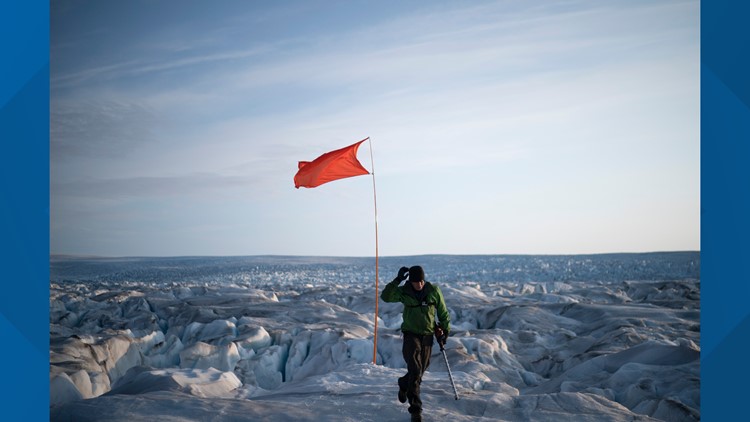 Photo by: Felipe Dana
In this Aug. 16, 2019, photo, Brian Rougeux, NYU Field Safety Officer, walks after installing a flag to help identify a GPS position at the Helheim glacier, in Greenland.

Earth's future in being written in fast-melting Greenland

HELHEIM GLACIER, Greenland - Scientists are hard at work there, trying to understand the alarmingly rapid melting of the ice, for Greenland is where the planet's future is being written.

Summer this year is hitting the island hard with record-shattering heat and extreme melt. Scientists estimate that by the end of the summer, about 440 billion tons of ice - maybe more - will have melted or calved off Greenland's giant ice sheet.

Helheim glacier, for example, has shrunk about 6 miles (10 kilometers) since scientists visited in 2005.