13 local communities have come together to establish Ohio's first lakefront SID, as they try to stop erosion along Lake Erie. 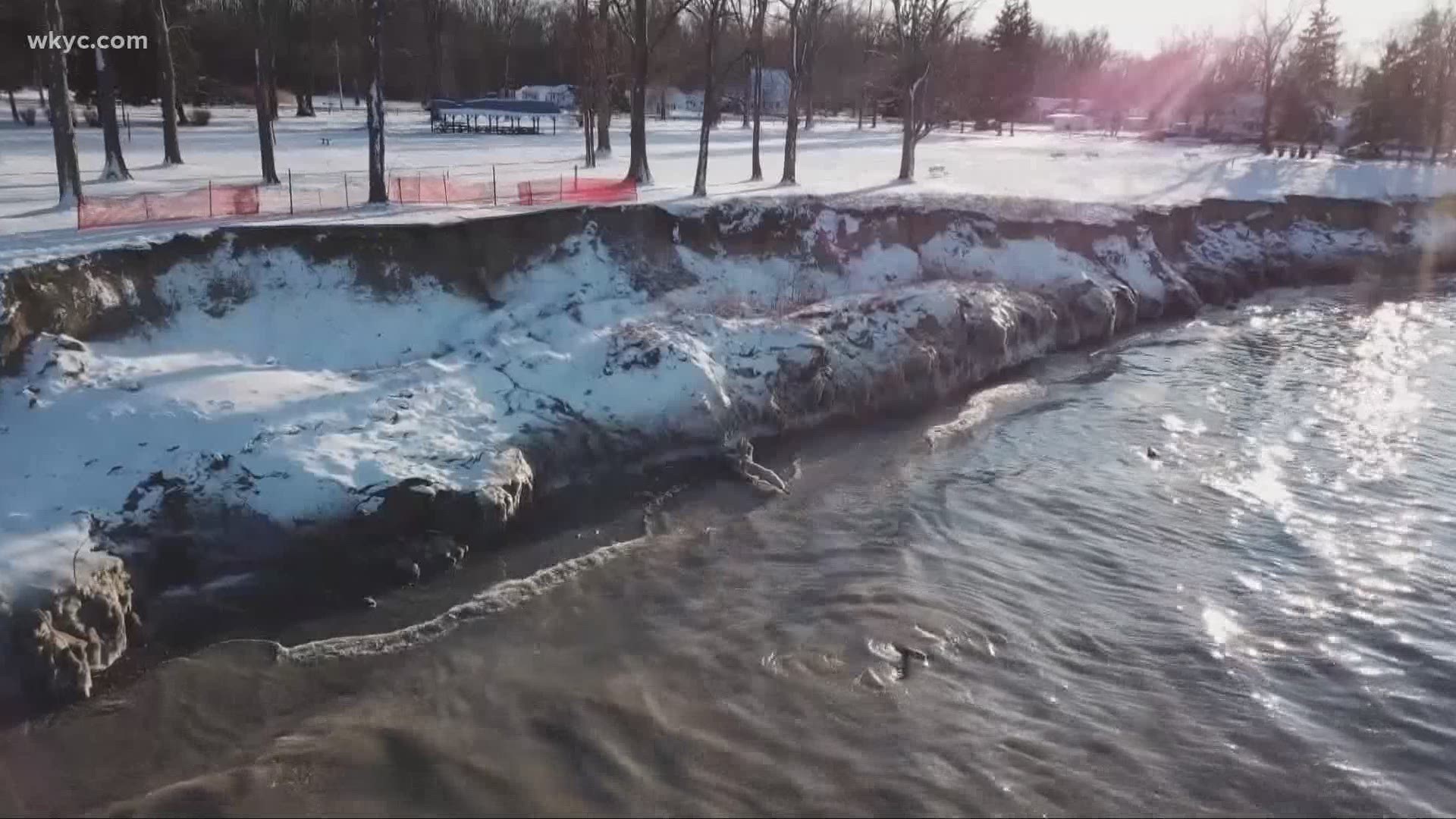 NORTH PERRY, Ohio — It’s Ohio’s first lakefront special improvement district and the goal is to stop erosion from eating away at property along Lake Erie.

“The water level is up, mother nature does its job and you’re not going to stop her,” says Ed Klco, mayor of North Perry for the last 14 years.

Communities and homeowners along the lake have been dealing with the problem for years and one they’re desperately trying to fix.

“It drops 10 to 12 foot at a time and it just drops about 10 foot. Two weeks later, it drops 10 feet again until it’s in the water,” says Klco. “Lake Erie should be our front yard, not our back yard.”

North Perry Village has already made repairs as 1 of the 13 communities that incorporated the lakefront special improvement district or SID. The SID acts as a collective legal way for the communities to come together and attack a common problem. This SID, comprised of 12 Lake County communities and the city of Euclid in Cuyahoga County, was made possible when senate bill 51 passed in 2018. The bill allows the group to collectively open funding, grants, and better interest rates to make repairs now and pay it off in 15 years through an assessment on their real estate.

“These $50,000 to $100,000 projects that could kill a homeowner, this is a mechanism for them to take care of those projects and pay it back over a long period of time,” says Mike Wise, a member of public law group at McDonald Hopkins, the team assisting the SID.

One of the ways they stop erosion is by building a barrier out of armor stone to prevent the water from crashing into the shore and taking the land back out with it. They’ve already used the SID to make that repair behind the North Perry Village Hall.

RELATED: Study: More than half of the world's beaches could be washed away by the end of the century

“We have sand right now,” says Klco. “We have a little bit of a beach and about 4 months ago we didn’t have a beach at all.”

While this current SID only applies to the Lake Erie shoreline, an amendment was added to house bill 110 just this week that would extend the possibility to all bodies of water in Ohio.

“A lot of people that take advantage of the beautiful parks and walkways, those have certainly been impacted negatively by erosion,” says Amanda Gordon, with McDonald Hopkins.

“It’s really a relief off our back that we know we have help out there,” says Mayor Klco.