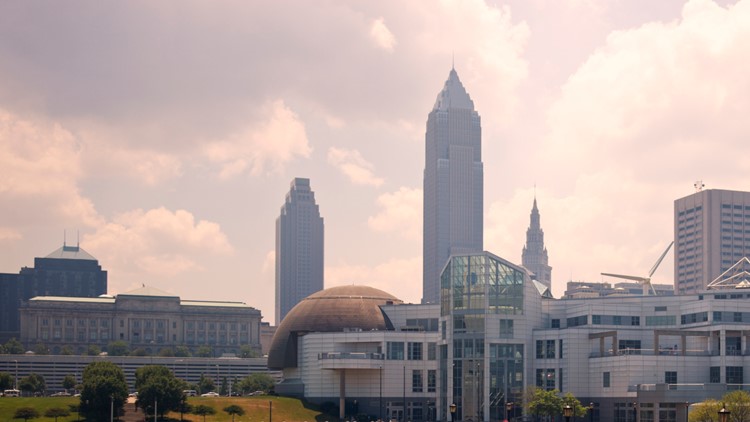 It's not easy being green: Cleveland ranks among the least environmentally-friendly cities in U.S., according to study

CLEVELAND — It's been 50 years since the Cuyahoga River caught fire for the final time.

In those five decades, Cleveland has worked hard to flip the script, rising above its noxious, dirty river to become a symbol of success. In 2009, Mayor Frank Jackson launched Sustainable Cleveland, with the goal of transforming Cleveland into "a Green City on a Blue Lake."

Here on 3News, we've devoted hours of coverage on how citizens are striving to make our area more environmentally friendly. We call it PlanetCLE.

But according to one survey, Cleveland still has a long way to go.

On Tuesday, WalletHub released their study of 2019's Greenest Cities in America, comparing the 100 largest U.S. cities across 28 key indicators of sustainability and environmental friendliness.

Cleveland ranked No. 94 out of of the 100 largest cities in America.

The data set ranges from greenhouse-gas emissions per capita to green job opportunities per capita to number of smart-energy policies and initiatives.

Cleveland came in No. 91 in the amount of greenhouse-gas emissions per capita and was also 61st in the percentage of green space. On the positive side, Cleveland ranked No. 25 in both the percentage of commuters who drive and in 'walk score.' You can read the full report by clicking here.

Here's how the rest of the state broke down:

The greenest cities in the U.S., according to the study were:

RELATED: Rebirth of Cuyahoga River helps rebirth of The Flats

RELATED: How Cleveland is working toward a sustainable future