How hard is it to live plastic free? We tried it to find out

Plastic is breaking down in the water we drink from Lake Erie. It’s killing wildlife in the ocean, cluttering our beaches and landfills are growing by the day. 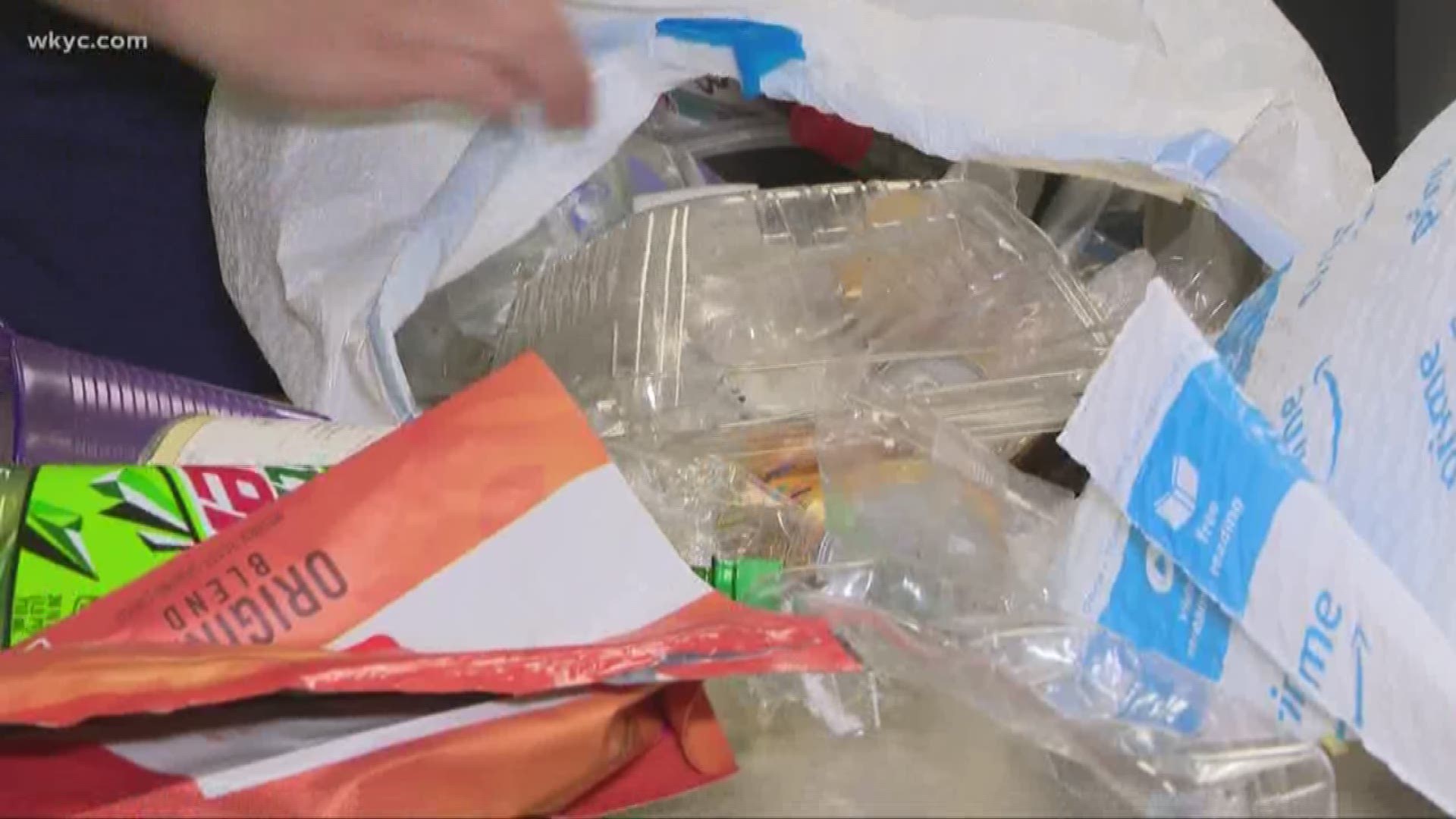 CLEVELAND — Pollution in our waterways has switched from industrial waste to consumer waste. Plastic comes wrapped around pretty much everything that we buy, and then ends up in our landfills, lakes and oceans. But is it possible to eliminate it from our lives?

We wanted to find out.

Plastic is breaking down in the water we drink from Lake Erie. It’s killing wildlife in the ocean, cluttering our beaches and landfills are growing by the day.

Statistics show every American throws away 185 pounds of plastic each year.

“Our waste stream has changed,” said Diane Bickett with Cuyahoga County Solid Waste District. “It to be more paper-based, now it's more plastic-based.”

In an attempt to go plastic-free, WKYC’s Maureen Kyle was willing to bear it all, letting Bickett look through her trash.

There was wrapping from produce and toys, bottles and plastic bags. Most completely unnecessary.

We asked Bickett about potential swaps. She recommended mesh produce bags, bamboo utensils and beeswax food wrappers, all of which are items Maureen found and ordered online.

For an entire week she tried going plastic free, hitting up the West Side Market, and only bought unwrapped loose produce.

At the grocery store, she got romaine lettuce instead of mixed greens in a clamshell. Regular cherry tomatoes were replaced by larger ones on the vine. And without thinking, Maureen would often buy a cucumber wrapped in plastic even though there were ones without.

Snacks were carried in silicone containers and produce in the fridge wrapped with reuseable material.

Everything was going great until takeout night, which came in containers that couldn’t be washed and reused.

And berries… Despite several stops to different stores Maureen couldn’t find ones that came without the plastic clamshell.

After a few days it was time for Maureen to haul her trash back to Bickett.

“I would have to commend you for that,” Bickett told Maureen. “I think you did fantastic. Some things are really difficult. They’re just really hard to avoid.”

Going plastic free is nearly impossible, but Maureen recommends going through the same exercise. It will make you think twice about the products you buy, what can be reduced and how you can help with the plastic problem.

Here are some of the products Maureen used: