Cleveland ranks above average for plastic trash in the lake. 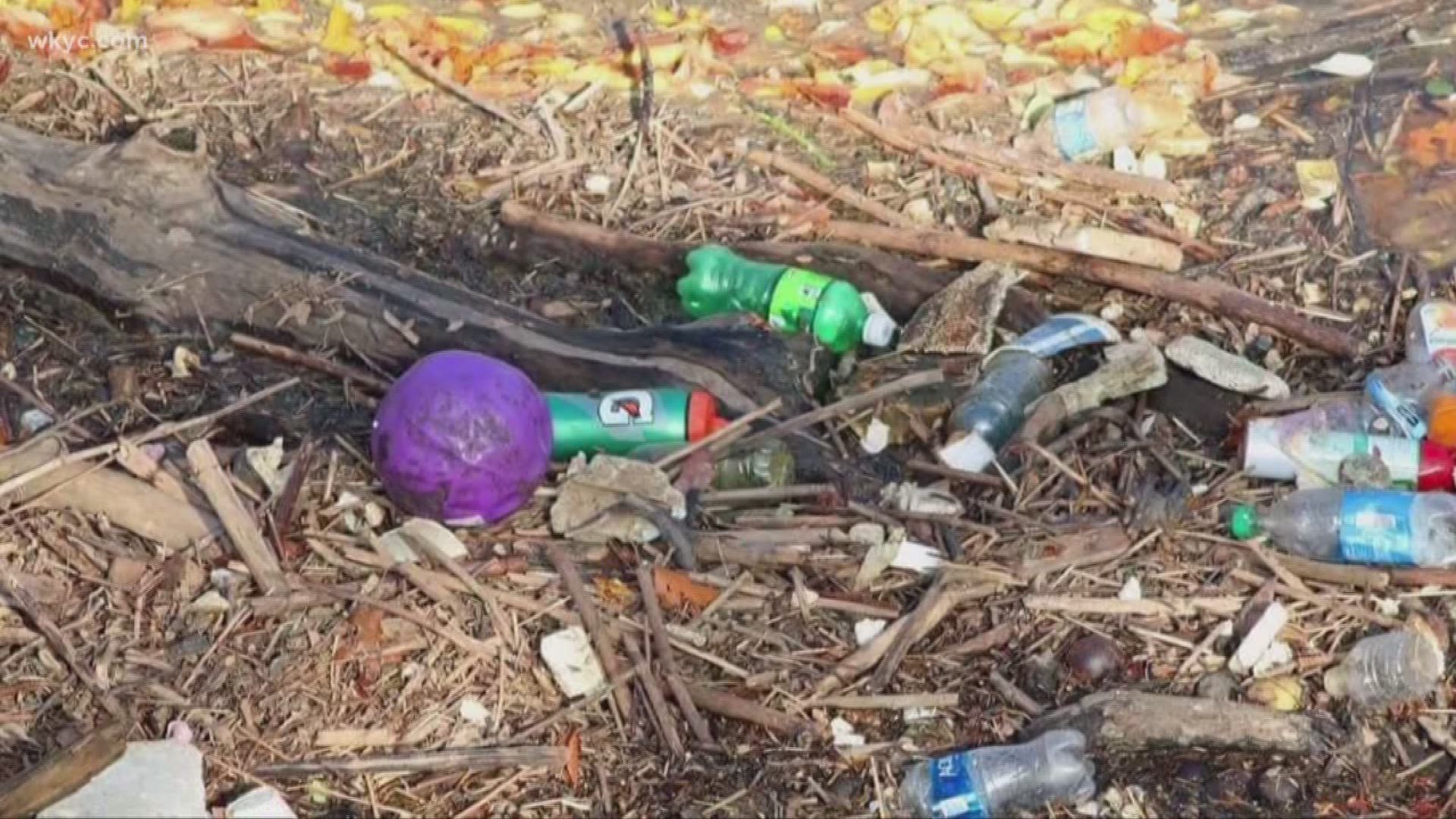 CLEVELAND — Trash in our lakes and rivers is unfortunately something we see often, but what we don’t see is where that trash eventually ends up.

Debbie Parker lives in Sheffield Lake and happens to see what’s in the water by the boating docks, in fact, she helps to clean it up between snapping shots of birds and nature.

“If you could take a look around us, you can see a lot that is troublesome,” Parker said.

Trash, litter and garbage all end up in our lakes and eventually our water supply.

“The garbage breaks down to a point,” Parker said. “There's chemicals that are ending up in our systems, there's medications from pills being flushed down and they end up in our fish that we're eating."

It all comes full circle, but it’s something we could prevent

“A lot of the trash that we're finding is from beach goers,” Destinee Henton, Alliance for the Great Lakes, said.

Unfortunately, it’s a prevalent issue in Cleveland. The city ranks above average for plastic trash in the lake.

"We find that 86 percent of the litter that our volunteers pick up are plastic or composed of plastic, that's around the Great Lakes,” Henton said. “Here in Cleveland, of the amount of trash that we're picking up in 2018, we saw that number go to 96 percent."

It turns out, that kind of trash doesn’t just go away just because we don’t see it, it sticks around and shows up where we least expect it.

“Plastic is breaking into very tiny pieces called micro plastics and those are the plastics that they find in some of our tap water and also beer,” Henton said.

Experts said that means we have to do better, so there’s initiatives like Adopt-A-Beach cleanup going on this week.

That step moves us toward the goal of less garbage seen and consumed.

"I know when I go to a fast food restaurant, I refuse the utensils and the straws, I'm hoping that just that little act right there will cut back on the garbage,” Parker said. “A couple of little steps here and there pretty soon turns into a big movement."

You can sign up to help clean the beach here.