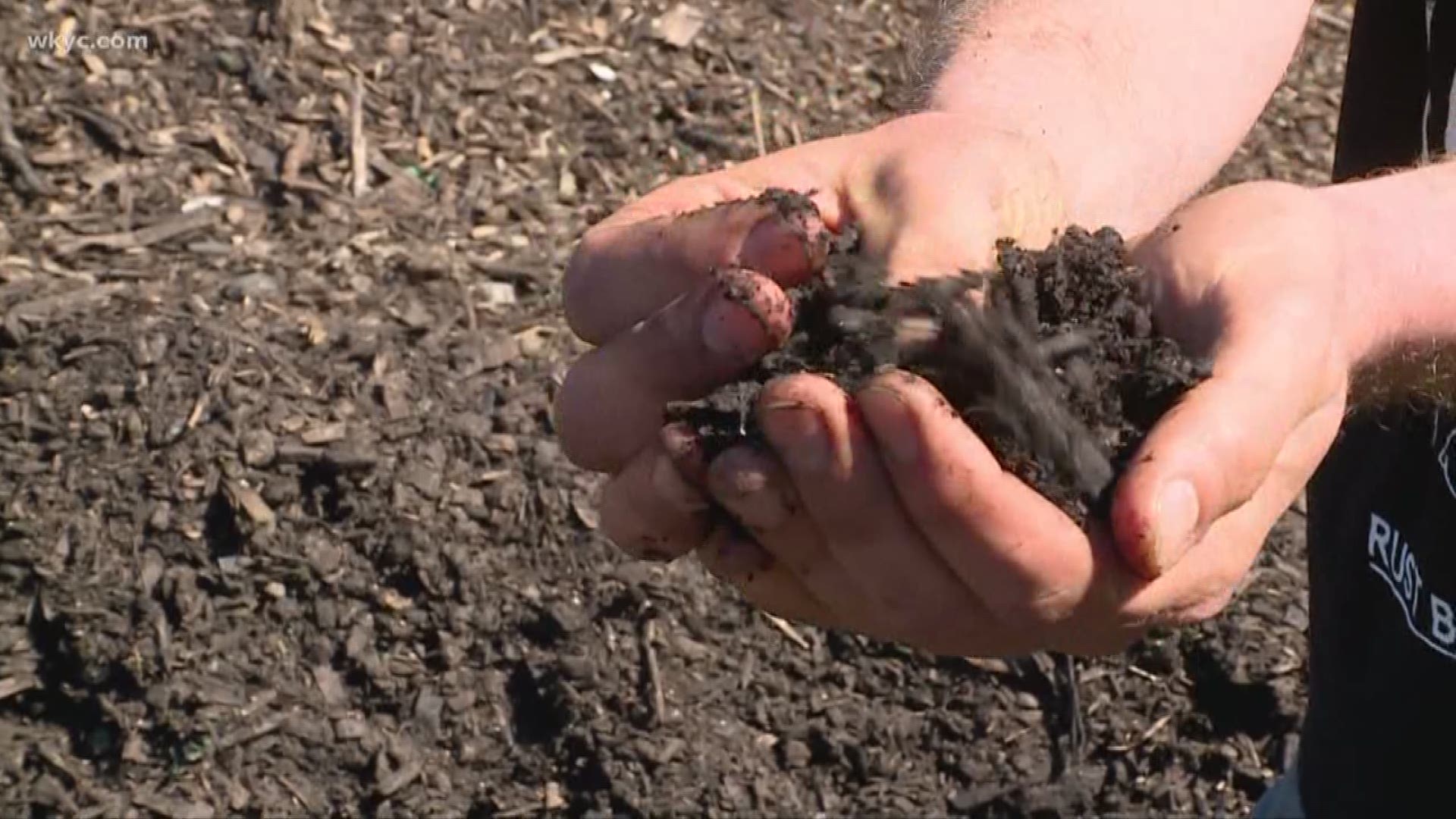 CLEVELAND — One man’s trash may be another man’s treasure but once you throw it away, it becomes everyone’s problem.

When you throw away your banana peels or leftovers, do you ever think about where it’s going?

A local business in Cleveland has and it’s making your favorite breweries and restaurants rethink trash.

“Food waste is a huge issue in America, we waste upwards of 40 percent of all food that’s produced for consumers,” David Kocab, chef at Black Pig, said.

Even with the farm-to-table mentality that’s peaked interest, after it leaves the “table” it still has to go somewhere.

More than likely, it ends up sitting in a landfill.

Restaurants like Black Pig, Beet Jar, Phoenix Coffee and Cleveland Tea Revival all wanted to do something more.

“Rustbelt Riders, at the time, were picking up compost with just bicycles and carts they had designed,” Michael George, Cleveland Tea Revival co-founder, said.

Rust Belt Riders: four guys with a shared passion for “Feeding People, Not Landfills.” They started working to find waste management solutions, and it took them back to basics.

“We were hauling food scraps around Cleveland, 300 pounds at a time on the back of a bicycle trailer hauling it to the nearest community garden and then working with them to process those scraps into compost,” Michael Robinson, Rust Belt rider, said.

That small scale operation started five years ago and since then, they’ve gained a couple more wheels and a growing customer base who pay to have their food scraps picked up.

Anything from meat, dairy, vegetables, coffee, fruit peels and rinds all go into a bin, separate from the trash can.

Instead of having all the leftovers go to the landfill to emit methane and carbon dioxide, it goes to the facility to close the loop.

“Food is grown somewhere healthfully hopefully and then goes to a restaurant, we eat it, there’s leftovers, then those leftovers come to us to be decomposed by microorganisms into compost,” Nathan Rutz, director of soil, said. “We make potting soil from that compost and then a grower can plant new plants into that material.”

Last month, Rust Belt Riders processed about 40,000 pounds of food scraps at the site. In order for them to increase those numbers and get everyone on the same page, education has to be part of the equation.

“Rust Belt Riders does a great job of not only filtering to their own business, but moreover filtering to community gardens, schools they work with, urban farming,” Kocab said.

“We make composting easy and clean and straight forward because a lot of times it’s perceived as something complicated or messy or stinky,” Robinson said.

The hard part is to keep the Earth green, businesses like Rust Belt Riders need a little more of it.

The Riders have a few projects on the horizon, like selling the different blends of soil made from the compost.

They’re also rolling out residential curbside composting, similar to the service they have for businesses, except you take those banana peels and apple cores curbside and they’ll pick it up from your house.

For more information on their efforts and how you can get involved, click the link to the Rust Belt Riders website.