State of Ohio gives approval for construction of Lake Erie wind turbines, with condition that developers say may be 'fatal' for project

The state is requiring that Icebreaker Wind shut down its turbines between dusk and dawn from March 1 through November 1. 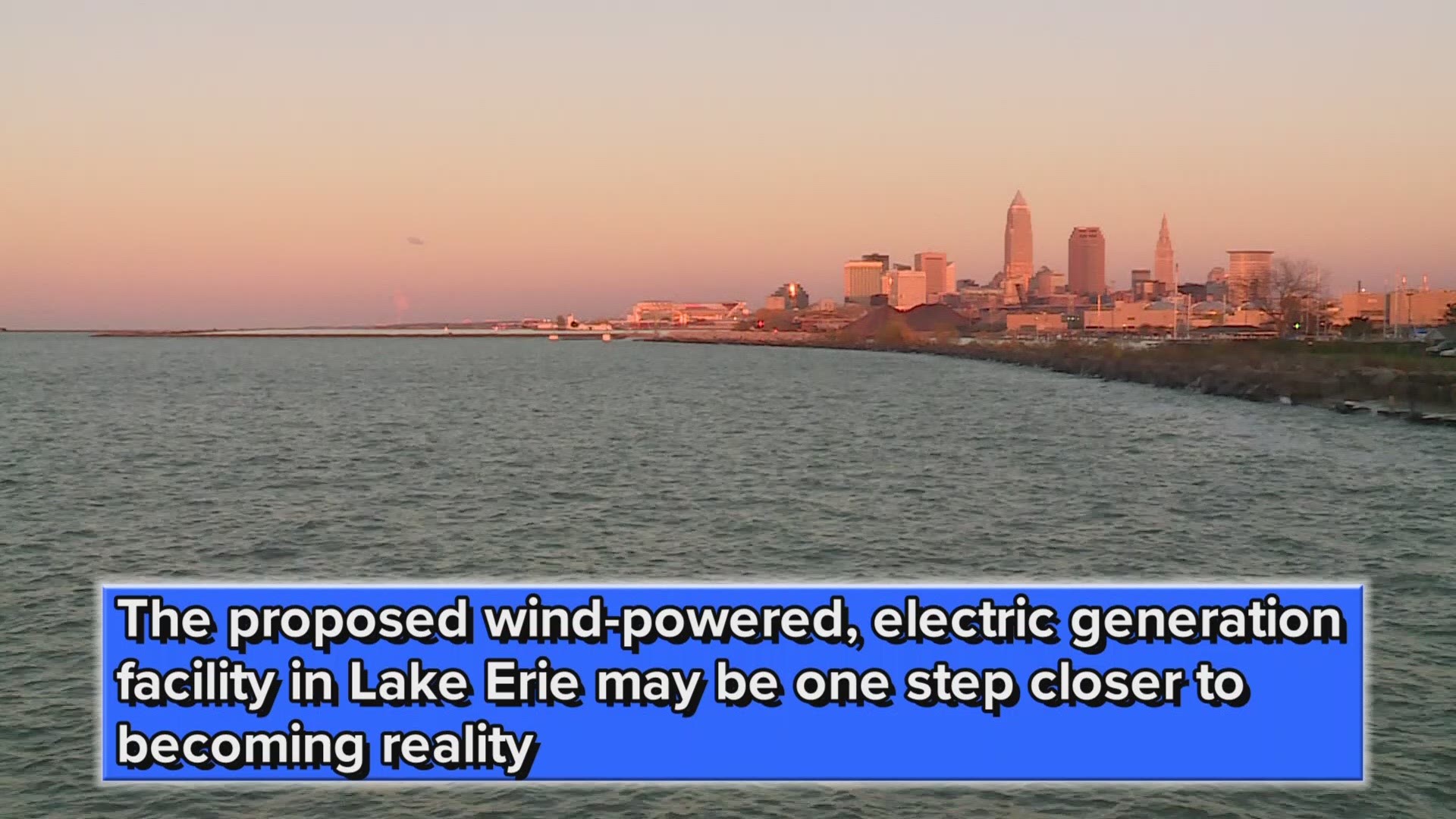 COLUMBUS, Ohio — After several years of planning and meetings, it appeared that the project to build wind turbines in Lake Erie, just off the shore from downtown Cleveland, would be moving forward.

On Thursday, the Ohio Power Siting Board (OPSB) issued a conditioned certificate providing Icebreaker Windpower Inc. (Icebreaker Wind) with the opportunity to proceed with the construction of six wind turbine in Lake Erie.

However, the developers of the project were less than satisfied with one of the conditions of the approval by the OPSB. According to the order, Icebreaker Wind must completely feather its turbines (stopping them from rotating) during nighttime hours from March 1 through November 1 as an initial bird and bat risk mitigation measure.

"We are stunned by the OPSB Order today that, although they approved construction of Icebreaker Wind, added a significant condition that reneges on the agreement reached with OPSB Staff last May," said David P. Karpinski, President of the Lake Erie Energy Development Corporation (LEEDCo) in a statement. "Throughout the OPSB proceedings in this case, we made it abundantly clear that a requirement to shut down the turbines from dusk to dawn for the majority of the year renders the project economically not viable."

The Icebreaker Wind project would be located 8 to 10 miles off the shore of Cleveland. Each of the project’s six turbines will have a nameplate generating capacity rating of 3.45 megawatts (MW), with a combined capacity of up to 20.7 MW. If constructed, this demonstration project will be the first freshwater offshore wind farm in North America.

The project will include a 12-mile long submerged cable to transmit the electricity generated by the wind turbines to Cleveland Public Power’s onshore Lake Road Substation.

“After a thorough review of the record, the OPSB today authorized a certificate that provides an opportunity for the project to move forward in accordance with specified conditions that are responsive to our statutory responsibilities and the public interest,” stated OPSB Chairman Sam Randazzo. “The conditions are responsive to the issues raised and evidence presented in this contested proceeding. As the Icebreaker project represents the first of its kind in North America, the order approved by the Board today includes a public and transparent data collection and submission process to better inform the Board stakeholders and the public on questions and risks related to the construction and operation of the turbines.”

Under the terms of the certificate, Icebreaker Wind must comply with 33 conditions prior, during, and after construction of the project, as well as during facility operation.

Chief among these conditions, Icebreaker Wind must conduct radar studies and, based on these studies, provide the OPSB with a bird and bat impact mitigation plan, including a collision monitoring plan.

Until additional information is provided to the Board and the Board finds otherwise, Icebreaker Wind must completely feather turbines (stopping them from rotating) during nighttime hours from March 1 through November 1 as an initial bird and bat risk mitigation measure. This condition reduces operations during the periods when there is a heightened risk to bird and bat populations. Icebreaker can seek, through a public and transparent process, to modify this feathering condition once it has collected and submitted actual monitoring information to the OPSB.

Here is LEEDCo's entire statement on the provision by the OPSB about feathering turbines from dusk until dawn from March 1 through November 1:

“This Order is not an approval. A condition added by the Ohio Power Siting Board (OPSB) may well be fatal to the entire project. We are extremely disappointed the Board took this unfortunate step backward for clean energy in Ohio.

We are stunned by the OPSB Order today that, although they approved construction of Icebreaker Wind, added a significant condition that reneges on the agreement reached with OPSB Staff last May. Throughout the OPSB proceedings in this case, we made it abundantly clear that a requirement to shut down the turbines from dusk to dawn for the majority of the year renders the project economically not viable.

Given the prior agreement signed off on by the Attorneys General representing the OPSB and ODNR, we were extremely surprised by their directive and learned of it only in the press release the OPSB issued immediately following the meeting today.

LEEDCo has invested incredible amounts of time and money into studying and assessing potential impact to birds and bats. We have not taken it lightly. Consider just the following:

In light of today’s decision, LEEDCo will need to reconvene in the coming days and examine our options on how and whether we can move forward.”

The process for Icebreaker Wind began with the founding of the Lake Erie Energy Development Corpration (LEEDCo) in 2009. The goal of LEEDCo is to build a sustainable offshore wind energy industry in the Great Lakes.

LEEDCo was awarded a $40 million grant by the U.S. Department of Energy in 2016 for an offshore "wind farm" wind turbine project in Lake Erie. The following year, Icebreaker Wind filed its application for the facility with the OPSB, who conducted local public hearings in Cleveland in November 2017 and July 2018 to allow the public to express their views about Icebreaker Wind’s proposal.

The Board received hundreds of written comments from local officials and residents across Ohio regarding the project. The certification process was halted and resumed at Icebreaker Wind’s request.

During evidentiary hearings in September and October 2018 and the resumed hearings in August 2019, parties to the case presented testimony and evidence and cross-examined other parties’ witnesses.

RELATED: What are the pros and cons of wind turbine facility in Lake Erie?

In Thursday's decision, the OPSB approved and modified an agreement signed by several of these parties, including Icebreaker Wind, the Business Network for Offshore Wind, the Sierra Club, the Indiana/Kentucky/Ohio Regional Council of Carpenters, the Ohio Environmental Council, and the staff of the OSPB.

Parties to the case have 30 days to ask the OPSB to reconsider its decision.

“The approval of the Icebreaker wind project is an exciting opportunity for Cleveland and Northeast Ohio,” said Ohio State Senator Sandra Williams (D-Cleveland), who is a member of the Ohio Power Siting Board. “This historic development will provide a significant economic impact, contribute to energy diversification, and improve the quality of life in our region. I am grateful for the Power Siting Board’s approval of this investment into jobs and clean energy.”

Additional information about the Icebreaker Wind project, including a copy of today’s opinion, order, and certificate in case number 16-1871-EL-BGN, and a map of the facility, is available at www.OPSB.ohio.gov.

You can watch Thursday's Siting Board ruling in the player below: 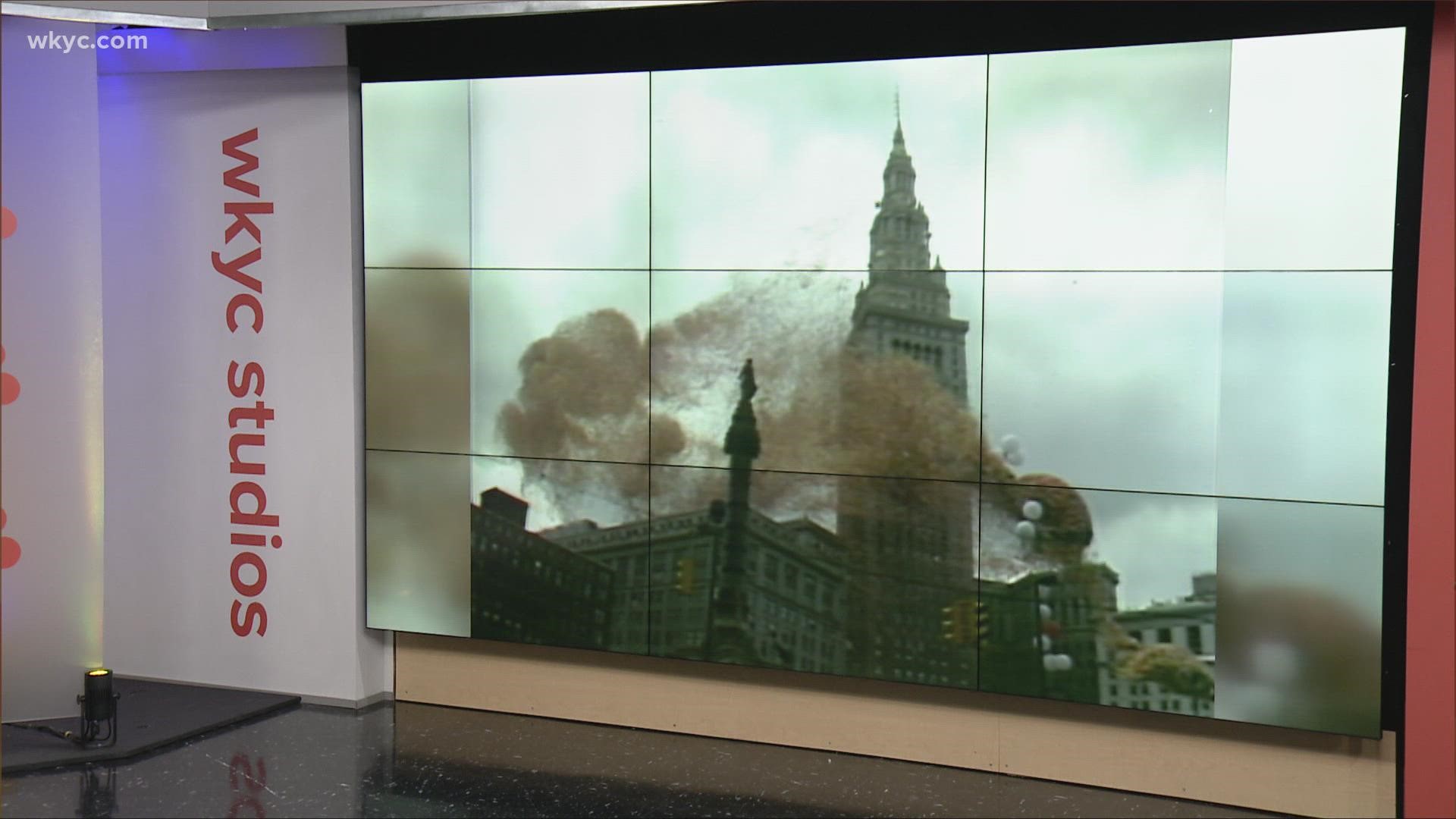