What are the pros and cons of wind turbine facility in Lake Erie?

Some say the idea of six 500-foot high turbines on Lake Erie is hazardous. Others are lauding the idea as a way to generate clean energy and jobs to our area. 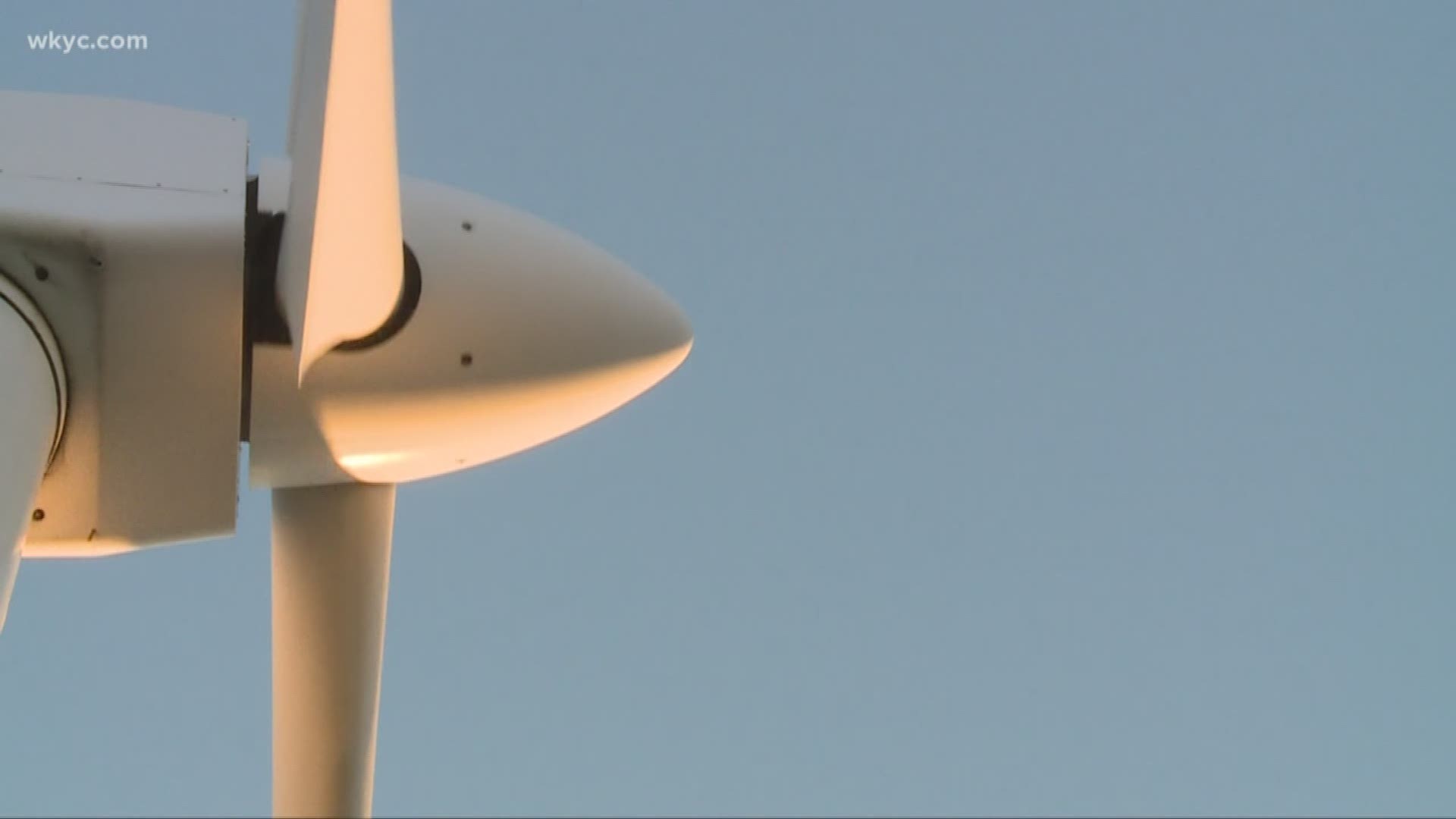 Six turbines are at the center of controversy in Cleveland.

The proposed wind-powered, electric generation facility called "Icebreaker Wind" would be placed in Lake Erie and be the first of its kind in North America.

Some say these 500-foot high turbines are hazardous. Others are lauding the idea as a way to generate clean energy and jobs to our area.

So what are the pros and cons of this proposal? Let's look at the pros first.

Supporters say this project could offer is job growth. According to the developers of the project, this offshore wind farm will create 500 jobs in Northeast Ohio. And if it's a success, they say you'll see a lot more.

Another potential pro of the project: A boost to the local economy. If it's built, developers say it can bring $168 million dollars to the economy over 25 years.

And despite what their opponents might say, those pushing this idea say it will have an environmental benefit because wind power is a clean, abundant, and renewable energy source.

Dave Karpinkski with the Lake Erie Energy Development Corporation (LEEDCo) says this project will be great for Cleveland's future.

"It's progressive. It's the future. It's going to attract talent and retain the talent and people are going to be a part of this. We are just excited for the future. We look at this as building the future of Cleveland," he told us during Thursday's public hearing on Icebreaker Wind at Cleveland City Hall.

On the flip side, there are people who disagree with this project. Mainly, people are concerned about the environmental impact. Opponents believe the turbines could potentially kill birds and other animals.

Another concern: A possible oil leak from the turbines.

"Why have there been no large-scale industrial wind turbine in fresh water? The answer is quite simple: Because it's fresh water and people drink fresh water and they don’t want it fouled up,“ said Thomas Sullivan, who opposes the project.

Plus, the cost of off-shore wind farms are more expensive than those on land. This project is going to cost about $120 million dollars, with taxpayers footing some of the cost.

One of the last cons put forth is the fact the turbines could be an eyesore and noisy. Opponents say it can affect the beauty of Lake Erie, which in turn could affect tourism.

Earlier this month, the Ohio Power Siting Board technical staff published its Report of Investigation, recommending that the Board approve construction of the facility, provided some 34 conditions are met.

The Siting Board is set to meet on this proposal in Columbus next month.