What's behind all of the dead fish along Lake Erie?

“Other than aesthetics, there really is no notable danger to people,” says Mike Durkalec, an aquatic biologist with Cleveland Metroparks. 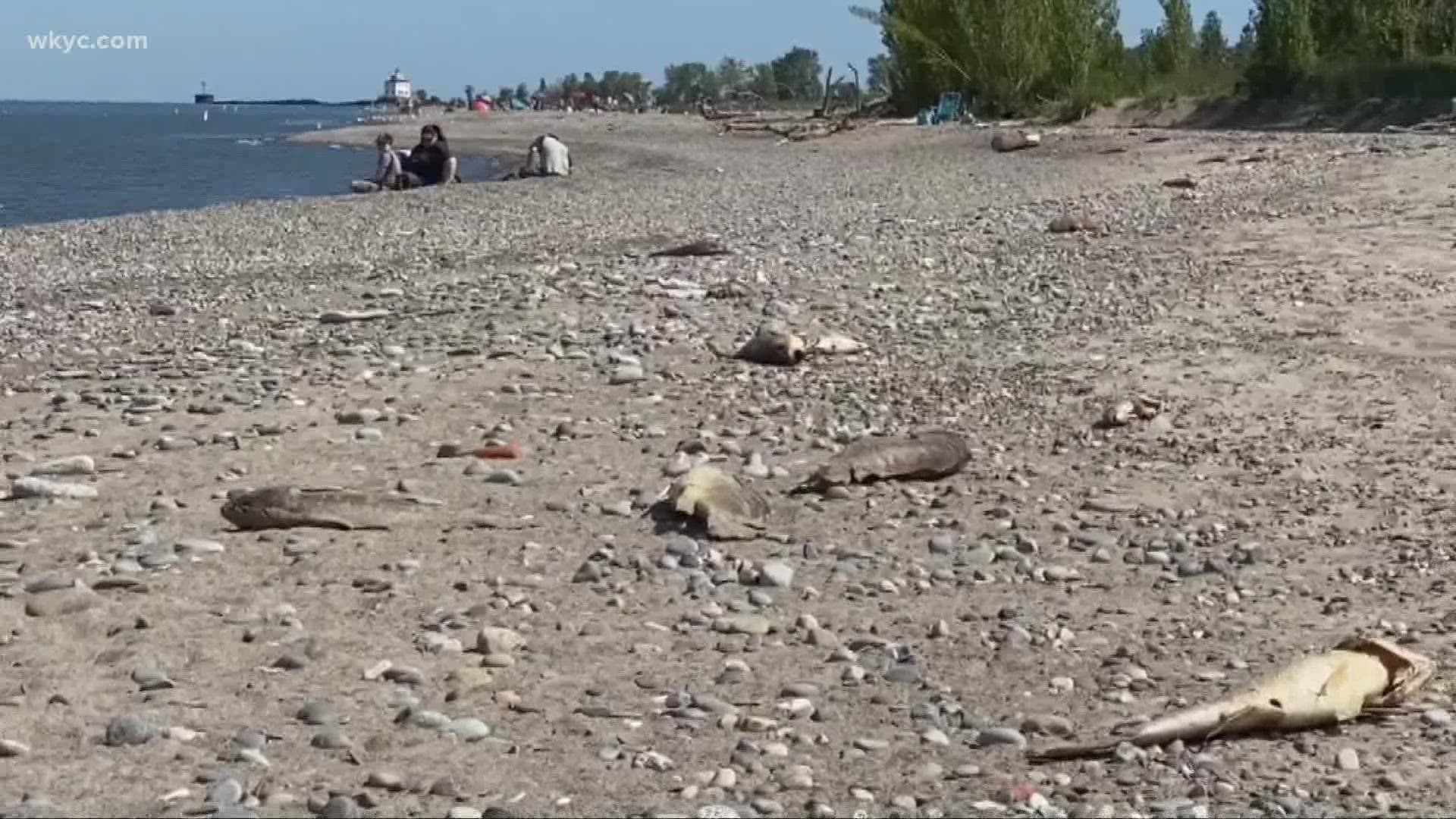 CLEVELAND — While many were planning to head to Lake Erie to enjoy the holiday weekend, those on the east side of Cleveland were welcomed by a bit of surprise, and a smelly surprise at that.

“It was inescapable in some areas to notice just lots of dead fish,” says Mike Durkalec, an aquatic biologist with Cleveland Metroparks. “Also accompanying that in some cases was a really strong, what they often describe as a natural gas odor.”

Durkalec says this can occur from time to time in Lake Erie in late summer when algae and other organic matter decompose. The decomposition uses up all the oxygen and creates what’s called a dead zone.

“What happens is when you have just the perfect storm of wind and current patterns, that water can well up or come up along the shoreline where it brings those accompanying strong methane odors and in some cases lots of dead fish as well,” says Durkalec.

This particular upwelling brought debris to a 25 mile stretch of shoreline from Eastlake to Perry. The good news is most of the fish killed by the lack of oxygen were sheepshead or freshwater drum, with minimal effect to walleye and perch. The other silver lining is, other than the visual and smell, there’s no public health danger.

“Other than aesthetics, there really is no notable danger to people,” says Durkalec. “Unlike when you have a really strong blue green algae bloom that can cause a rash and sometimes can affect people.”

Durkalec also says the issue, fortunately, should be short lived.

“I would expect that dead fish will remain and maybe some new ones will show up throughout the month of September, but I would venture to guess that by October this is going to be said and done for the year,” explains Durkalec.

They are asking, however, if you see any substantial dead fish outside that 25-mile section from Eastlake to Perry, that you call the division of wildlife to report it.