The Asian Giant Hornet, which attacks honey beehives, can grow up to two inches long. 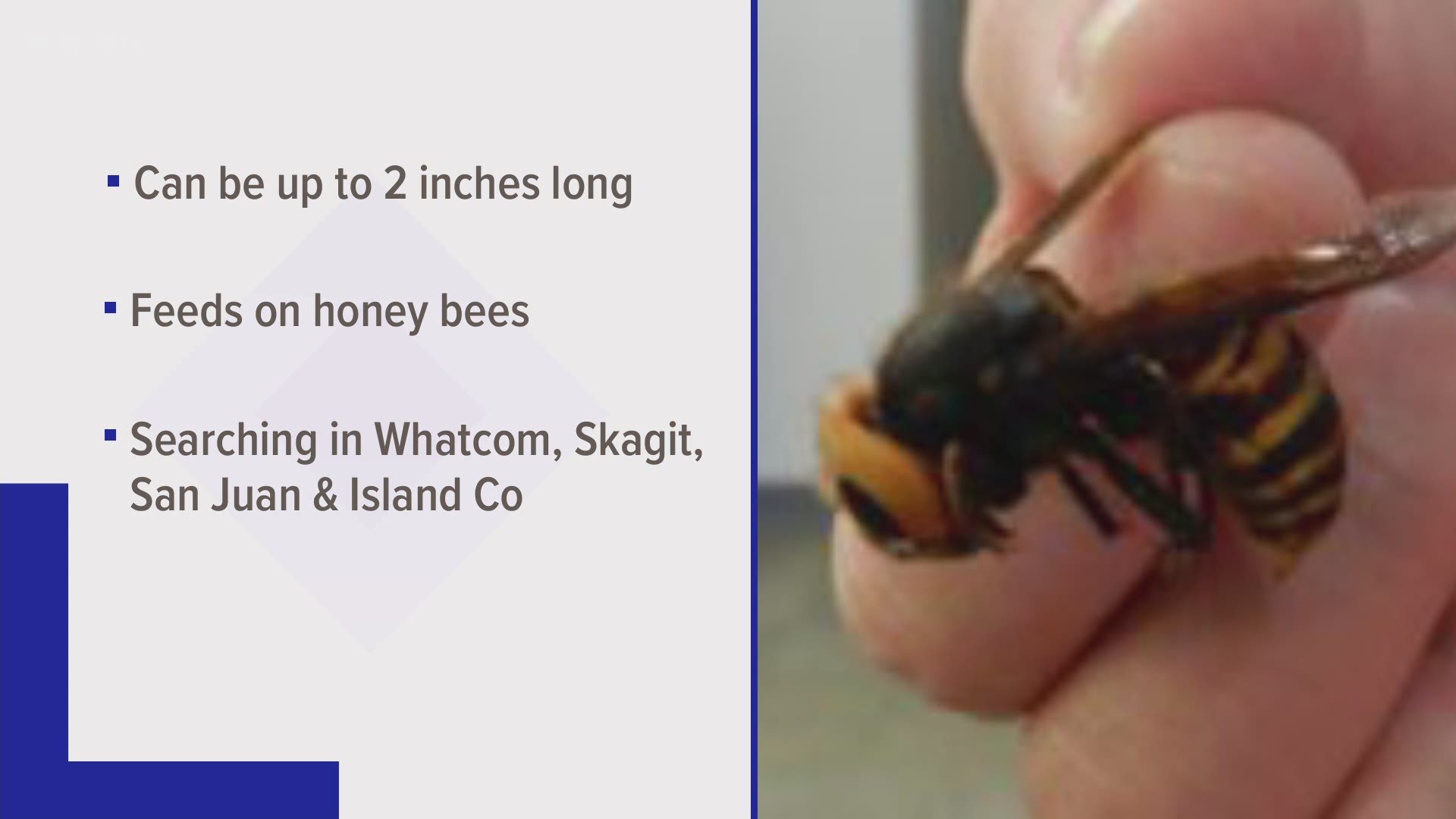 PULLMAN, Wash. — Scientists at Washington State University are asking for the public's help in hunting the Asian Giant Hornet, an invasive species relatively new to Washington state that has wreaked havoc on the local honey bee population.

Honey bees are essential for the pollination of crops like apples, blueberries and cherries.

These invasive hornets were previously spotted near Blaine in December.

Asian Giant Hornets attack beehives for protein and can grow up to two inches long, making them distinguishable from smaller bees and hornets. Their active season starts in April and runs through early summer/early fall when they become most destructive to honey bee populations.

Experts are telling anyone that sees the hornets to leave them alone and call WSDA. Even beekeeping suits, they say, are not adequate to protect against the hornet's sting.

“Don’t try to take them out yourself if you see them,” WSDA entomologist Chris Looney said in the press release. “If you get into them, run away, then call us! It is really important for us to know of every sighting, if we’re going to have any hope of eradication.”

Scientists are focused on finding, trapping and eradicating what they call a pest.

To report an Asian Giant Hornet sighting, contact the Washington State Department of Agriculture Pest Program at 1-800-443-6684, pestprogram@agr.wa.gov or online at agr.wa.gov/hornets.

RELATED: Study points to warming climate as cause of sharp decline in bumblebee populations