Girls in Stem: 2 women are behind GE’s Nela Park Christmas display, which lights up Dec. 6

This will be the 95th year that GE has helped make holiday memories for so many Northeast Ohio families by lighting up Christmas displays along Noble Road. 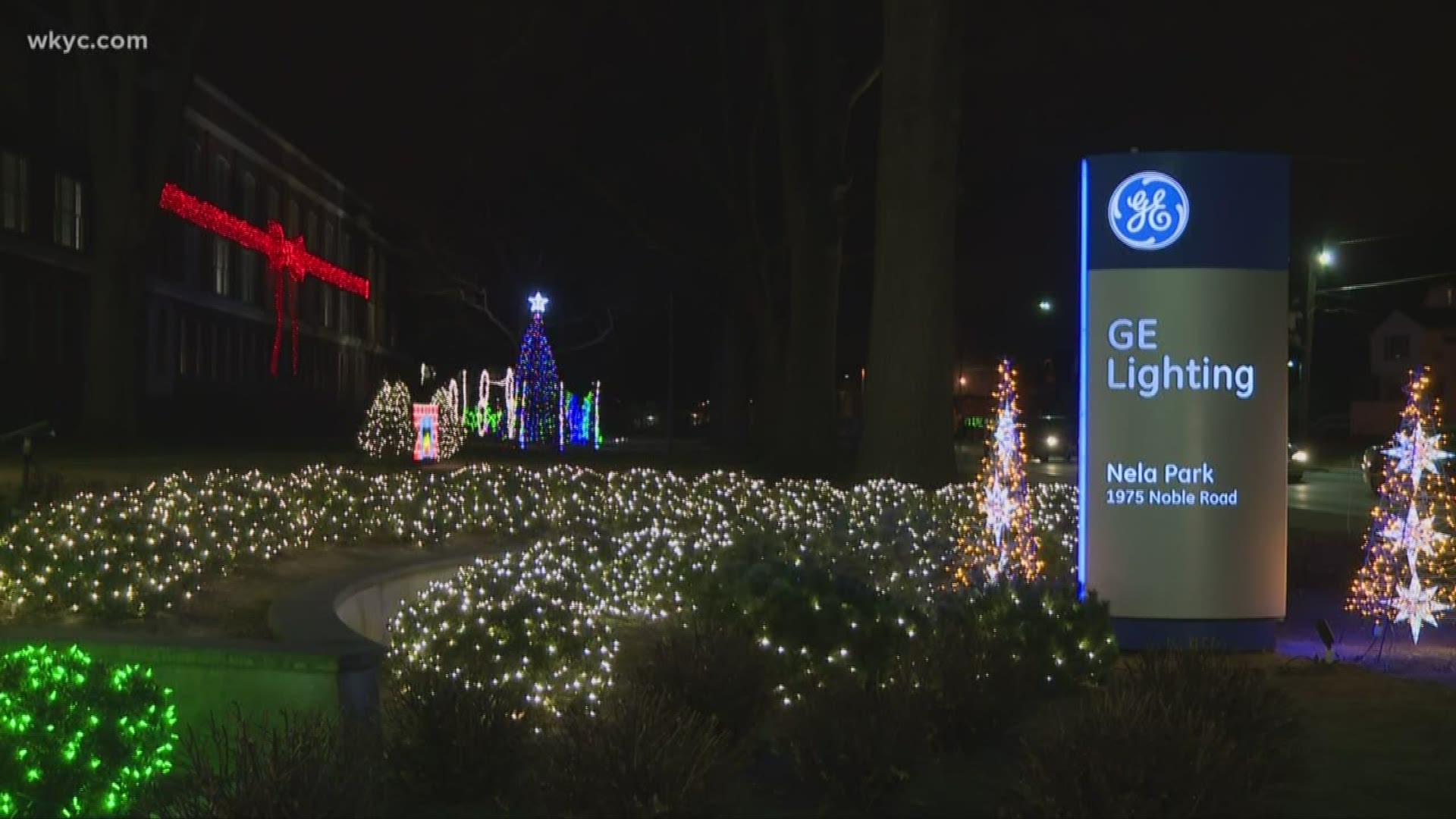 EAST CLEVELAND, Ohio — You might call her Santa’s elf.

For the past 16 years, Debbie George has turned seven blocks of Noble Road into Christmas. Her official title is Holiday Lighting Designer for GE Lighting and her job is to come up with a theme and all the displays for GE’s Nela Park holiday display.

“Lots of times when we're turning on the lights, we're coming up with ideas for the next year,” said George.

This year, those lights will be turned on around 5:30 PM on Dec. 6. They will then stay on 24/7 through January 6. But work has been going on since the end of September, led by Jodi Fukacz, a journeyman carpenter with the A.M. Higley Company.

“We've had some bad rain storms and wind storms come through that have taken out a couple different trees and land on our displays, so we've had to re-manufacture and re-brace and re-install a couple of our items,” said Fukacz.

They’ve also had to deal with deer ripping lights from trees with their antlers and squirrels chewing on wires. But come Dec. 6, they’ll be ready. They estimate about a half million LED lights will be put up. These lights have been game changers. Not only do they save money, instead of just being able to put three strings together, LED’s allow you to put twenty strings together.

“I’ve joked with Debbie from the beginning. I said what a thing to put on my resume. Christmas at Nela Park,” said Fukacz.

Besides Nela Park, Debbie George, also designs the National Christmas Tree in Washington, D.C. GE has been donating the lights for the tree for almost 60 years. They also donate the lights for Cleveland’s Winterfest on Public Square.