Girls in STEM | NASA working to go back to the Moon

Betsy Kling met the woman in charge of preparing the launch pad that is the foundation of missions past and present. 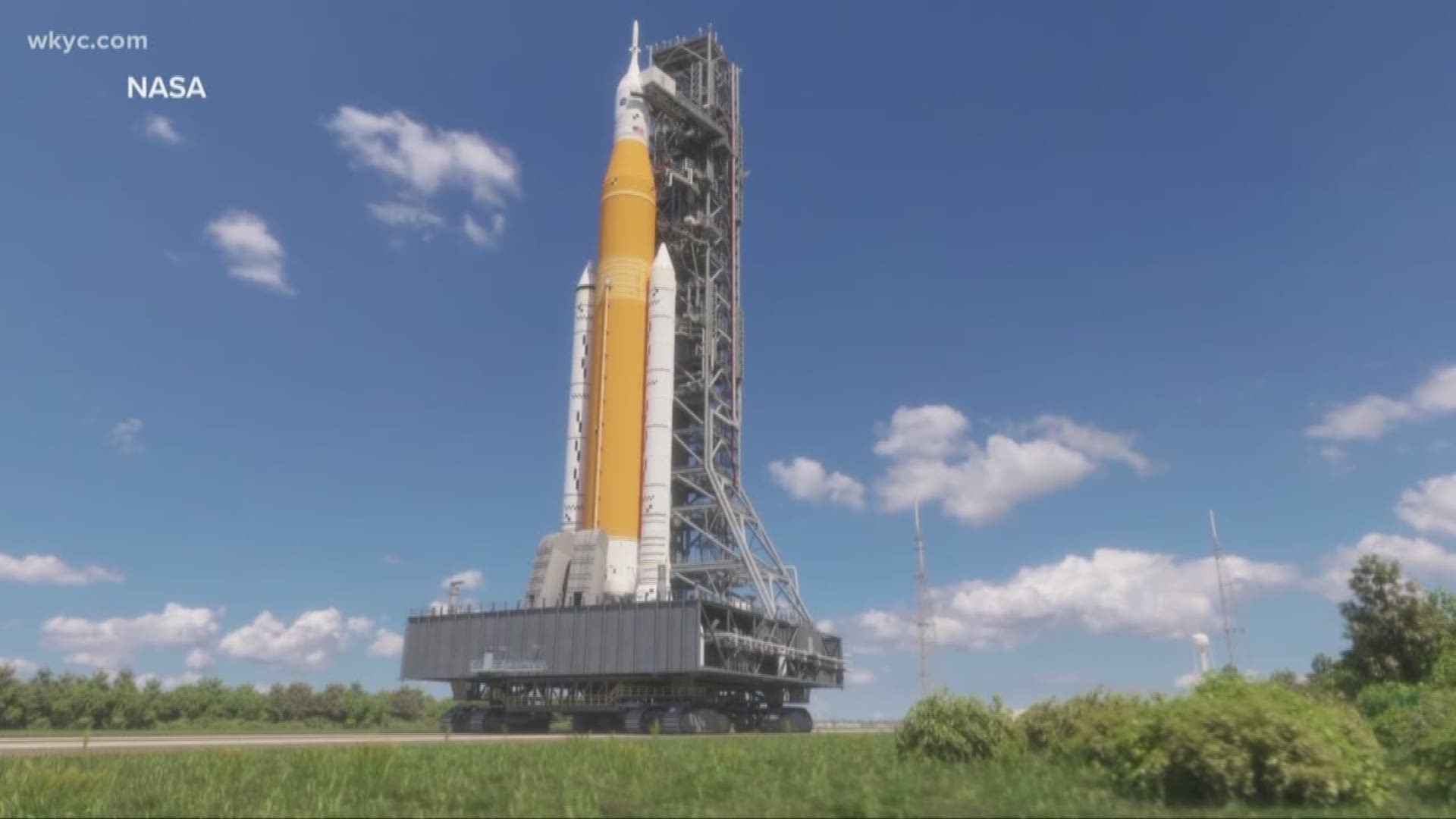 CAPE KENNEDY, Fla. — The very first lift off from launch pad 39-B was Apollo 10.

After Apollo, over 50 space shuttle mission launched from here. Now the target is returning to the moon and onto Mars using the Space Launch System, or SLS.

Regina Spellman is the Senior Project Manager in charge of making sure everything on the pad is ready to go. We met up with her in the flame trench, where they built a new flame deflector the deflects the rocket's exhaust on lift-off.

"The plates that you see, it looks kind of like roof tiles, those cladding plates are 4 inches thick and each one of them can be individually removed so the exhaust can erode away the steel and those plate can be removed after a few launches," she explains.

Along the sides of the trench, 96,000 new bricks have been put in place, fiber optic cable was added and every system is being tested.

Like the suppression system that pumps 400 thousand gallons of water through the pad in less than 25 seconds.

"Not only is it keeping the structure cool, but it is keeping the sound wave from the exhaust from the rocket from bouncing off of the mobile launcher reflect up off onto the vehicle and damaging the vehicle," says Spellman.

When the SLS is ready in 2020, a giant crawler will bring it and the launch tower the 4 miles from the Veridical Assembly Building.

"We have had two major chapters of human space flight from this facility and we have another one right on our heels. It's really exciting to learn from the giants that came before us," says Spellman, who calls this a once in a lifetime transition between space programs.

She encourages other women to get involved in exploring space.

"If it is something you are passionate about, you can defiantly do it. To me, there has always been, people have excuses of why they can't. There are no excuses. If you want to do it, and you can believe in yourself, then you can do it," Spellman says proudly.