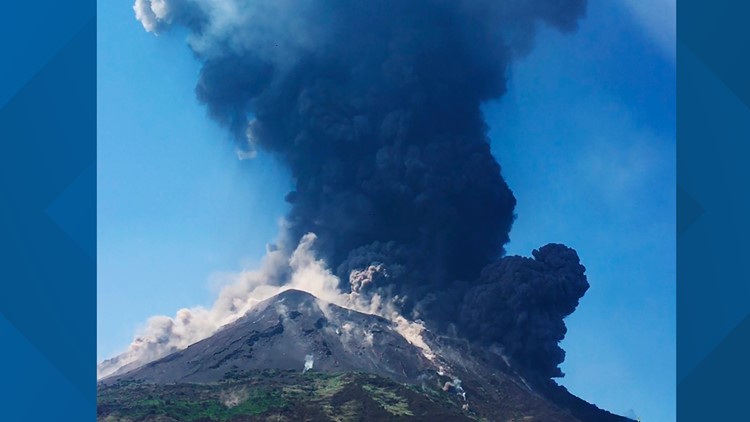 Photo by: Marta Carpinelli Via AP
In this frame grab taken from a video provided by Marta Carpinelli to the Associated Press Television, smoke billows from the volcano on the Italian island of Stromboli, Wednesday, Aug. 28, 2019.

ROME, Italy — The National Institute of Geophysics and Volcanology says a strong volcanic explosion just after noon Wednesday sent flaming lava rolling down the volcano's slopes to the edge of the sea. A similarly spectacular eruption in July on Stromboli killed an Italian hiker.

There were no immediate reports of injuries. Some small fires were reported near one of the Mediterranean island's hamlets.

Stromboli, population 400, is 135 miles (217 kilometers) southeast of Naples in the Aeolian archipelago and is one of three active Italian volcanoes.

Rumbling almost continuously, Stromboli sends out streams of lava, whose red-hot glows can be seen from offshore at night.

RELATED: 'Raft' of volcanic rock the size of Manhattan is floating toward Australia