She's the oldest snake documented in a zoo, and now the Saint Louis Zoo says this ball python just laid eggs, despite not being with a male companion in 15 years 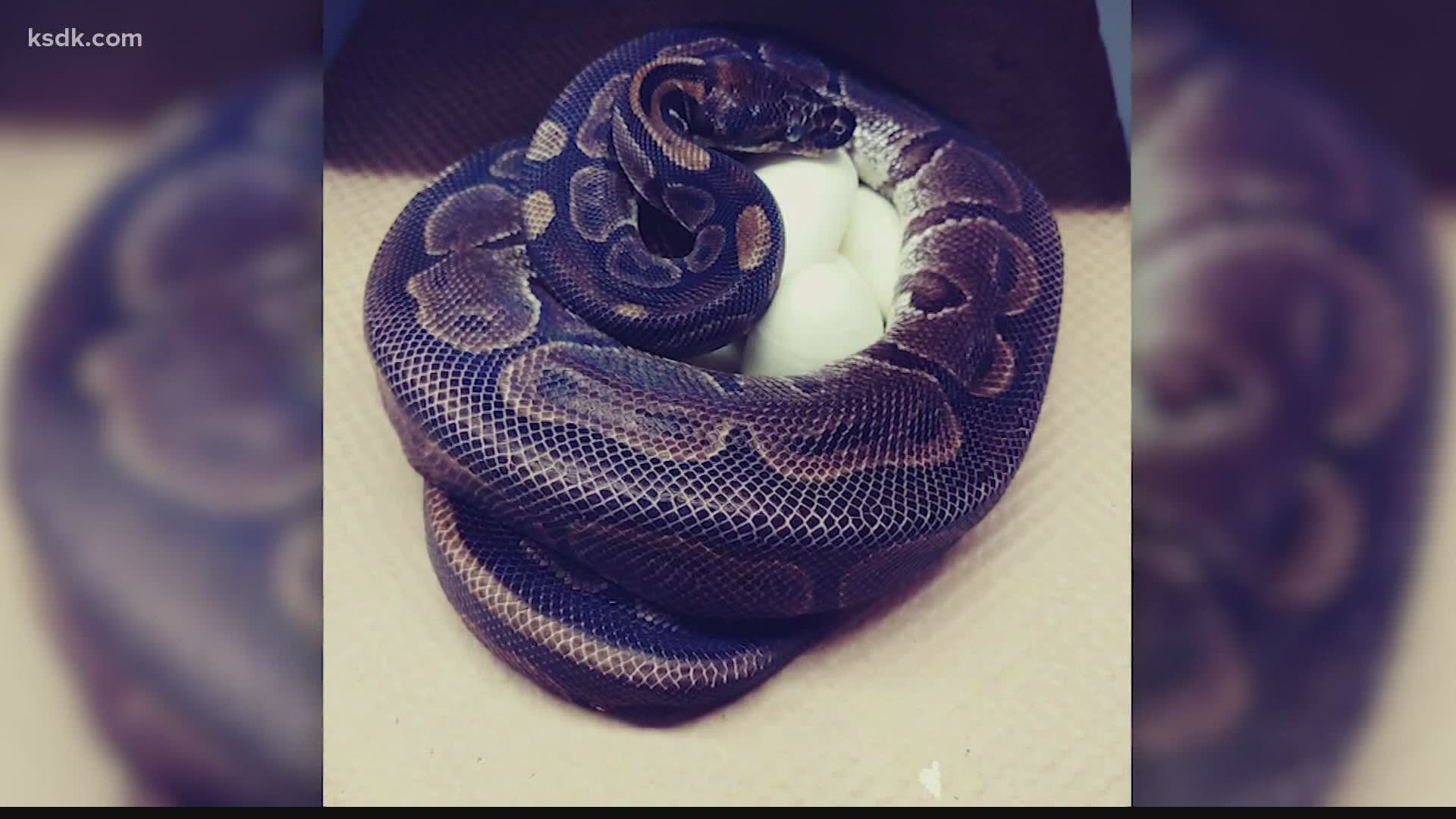 ST. LOUIS — A snake at the Saint Louis Zoo pulled off what seems like an impossible feat. She laid eggs this summer despite not being with a male companion in more than a decade.

On Tuesday, the zoo announced a ball python laid eggs back on July 23 at the Charles H. Hoessle Herpetarium.

This snake is more than 50 years old and is the oldest snake documented in a zoo, the Saint Louis Zoo reported. Plus, she hasn’t been with a male in more than 15 years.

The zoo explained this isn’t unheard of. Plus, there’s not just one way it could have happened but actually two.

Keepers at the zoo explained ball pythons can reproduce sexually and asexually, which means the snake wouldn’t need a partner to produce the eggs. On top of that, snakes are known to store sperm to fertilize eggs at a later time.

“Now the question is, which of the two explanations is the reason for the eggs?” the Saint Louis Zoo asked on social media. Zoo staff members plan to find out.

1 / 6
Saint Louis Zoo
A ball python at the Saint Louis Zoo laid eggs despite not being with a male partner for more than 15 years.

“Without genetic testing, Zoo staff won't know if this ball python reproduced sexually or asexually, but they intend to find out. As the keepers continue to incubate the eggs, they will be sending off samples for genetic testing,” the zoo explained.

The Saint Louis Zoo shared a video of the ball python featuring photos of her wrapped around her eggs and staff members carefully examining them.