For some, it's a world wide web of lies: How some sites push false information

The truth is out there, but there are also a lot of things that might hurt your reputation. What can you do about it? 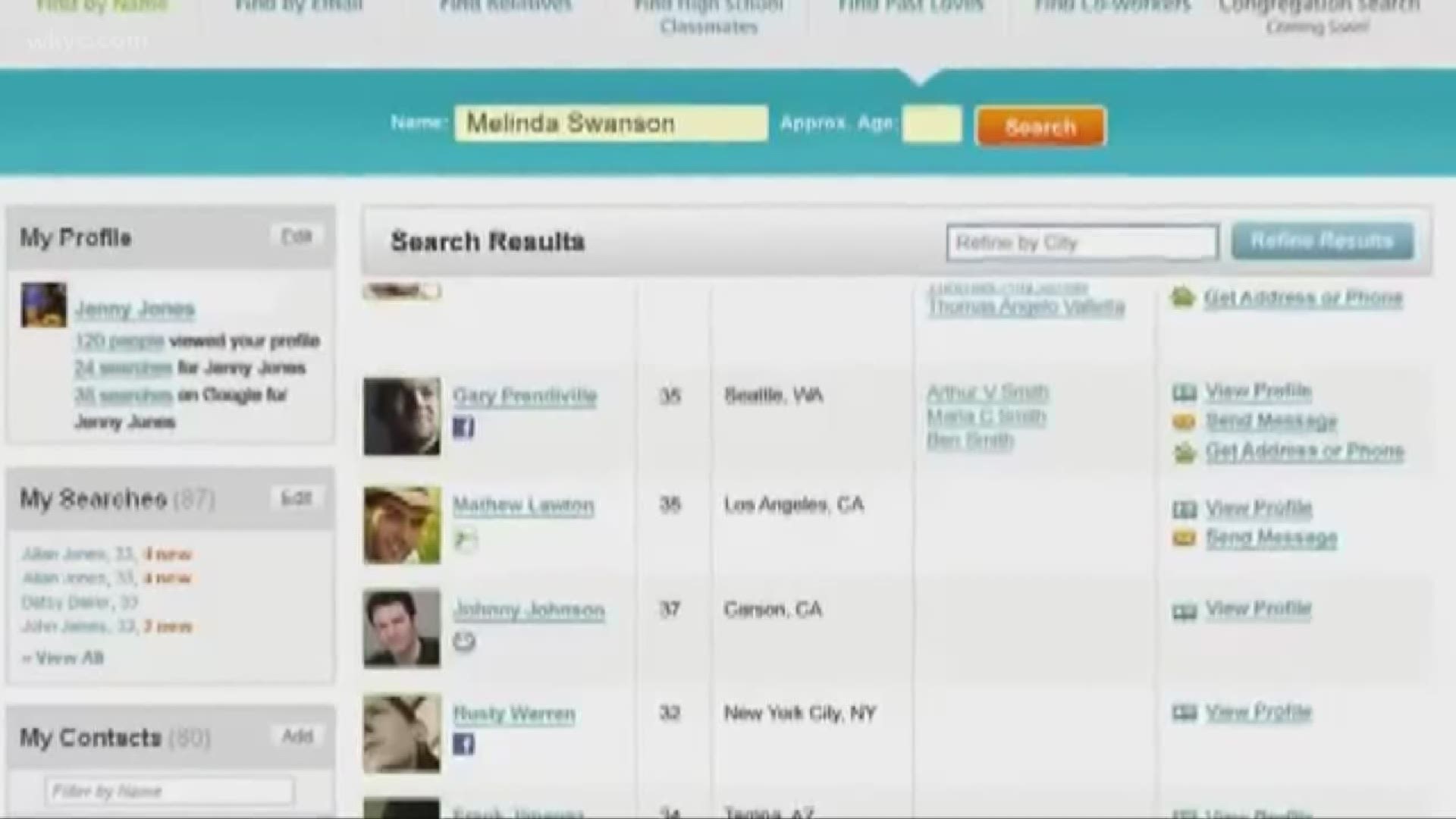 CLEVELAND — If you've never Googled yourself, you should. Because, boy, might you be surprised.

That's because a website showed John had a court record from a traffic ticket. And the fact he had neighbors who allegedly also had court records.

John says, "I then checked the next day after they said they would do something about it and found that now my reputation score had dropped to .65. So I can only be led to believe that in fact, that was retaliation for my having called in."

John isn't his real name. We're calling him that because he doesn't want his real name out there. He found all his information on a people search engine called MyLife. It's one of dozens sites that gather publicly available information on almost everyone. Everything from court records to financial information. And according to thousands of complaints on consumer websites, the information is often wrong.

"I have also looked up others who I know have far more serious backgrounds," John says. "And in checking their reputation score there, in fact, there is, in fact, was higher than mine...when I saw that especially I knew something was indeed very wrong with the process."

A MyLife profile showed Danielle Serino she may have a criminal record, and that she either filed bankruptcy or a lawsuit or lien was filed against her. But her favorite was that she may be a sex offender.

Obviously, none of this is true.

"What you're seeing these companies do," says Rob Shavell is, "Their marketing departments is write the worst news headline you could possibly write about all of us to sell as much information about us to as many people as, as they can."

Shavell runs a website called "Delete Me."  The site helps consumers remove this type of information.  Business is booming.

Shavell says "Because these companies are gathering hundreds of millions of pieces of data about us and trying to put together using algorithms there, as you might imagine are lots of lots of inaccurate information that is put into our profiles all of the time. There is no way for these companies to do quality control."

And good luck getting bad information off the internet. It wasn't until John filed a complaint with the Better Business Bureau and the Ohio  Attorney General's office that his information was removed.  For me, it took a letter from my attorney before MyLife took it down. But like John, they said they couldn't control Google from saving it. So mine is still there.

Legislators are now drafting laws to let consumers opt-out of these sites. Until then, you just better hope you're the only one searching your name.

"Like everybody who feels they have a good reputation," says John. "I certainly don't want something as false as that affecting my good name. And that's really all we have these days."

Here is how to remove your information from the internet: