What is blockchain? The facts behind Cleveland’s tech buzzword

What if Northeast Ohio could be the next Silicon Valley? 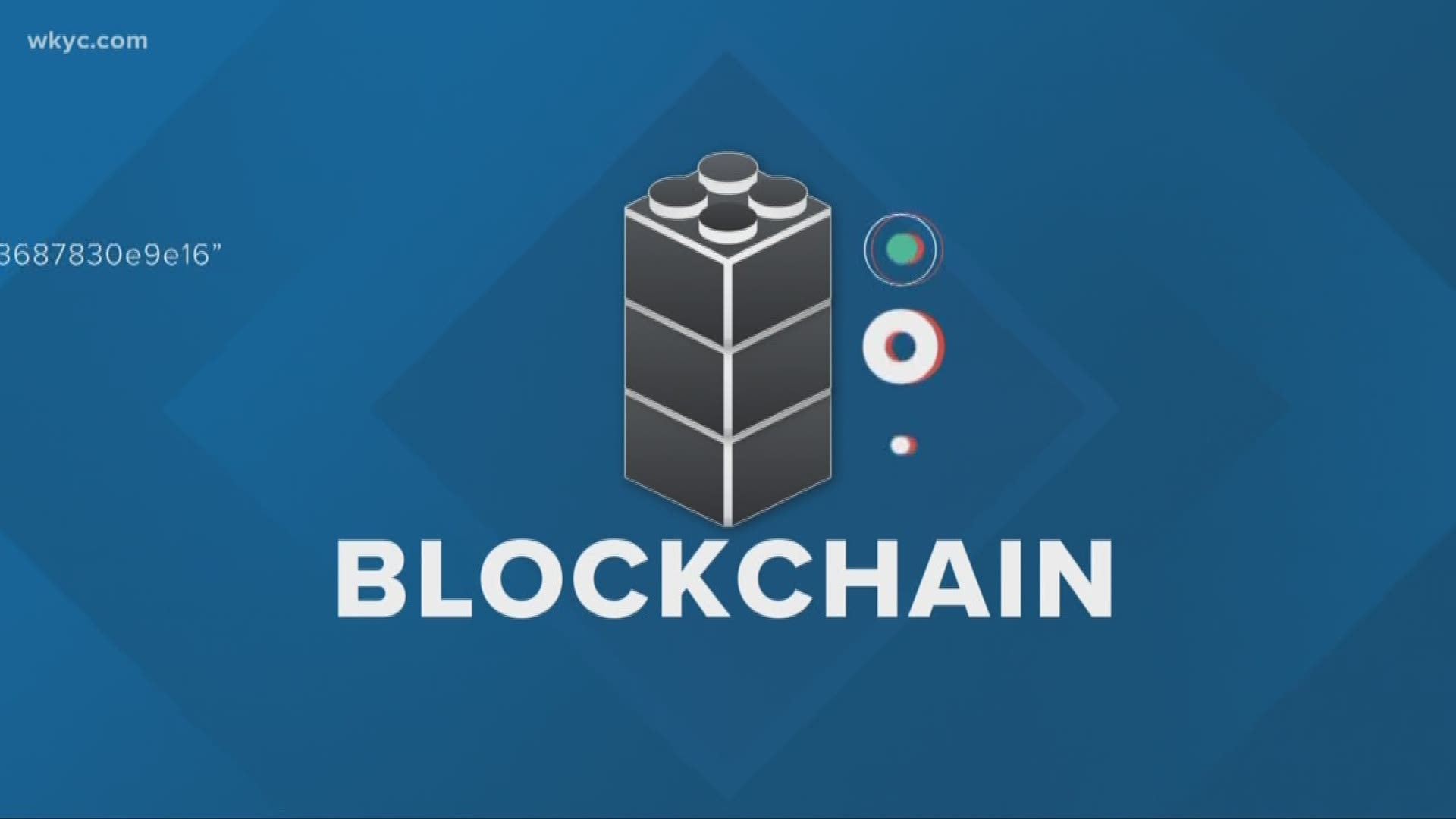 CLEVELAND -- Blockchain has been the buzzword lately -- in board rooms and beyond in Northeast Ohio. But what the heck is it? And what could it do for all of us?

“You don't typically see a tech person wake up one morning and say, 'you know what, I'm moving to Cleveland!' It's just not a thing,” said Eric Wise, the CEO of DriveIT in Akron. But wouldn't that be cool?

What if Northeast Ohio could be the next Silicon Valley? That's the idea behind Blockland, that our region could be a hub for blockchain. Blockchain is a compound word – a growing list of records, or blocks, timestamped and linked to others to form a chain in a decentralized database. This way of storing and sharing information – involving all kinds of transactions – can make it more transparent, quicker and cheaper.

“Blockchain is a shared ledger for keeping track of things. That's the easiest way to think about it,” said Eric Ward, DriveIT’s “chief learning officer.”

It was first invented in 2008 to verify bitcoin transactions. Now, companies around the world are trying to figure out how it could help them. Because it's fast to search, and hard to hack, it could be used for medical records, housing and car titles, even to vote.

The Blockland Solutions conference kicks off runs Saturday through Tuesday at the Huntington Convention Center. The conference is the first effort of a community-wide movement to embrace blockchain as an emerging tech industry, one that could bring business and jobs to the region.

More than 1300 people initially registered, and the response has been so overwhelming walk-ups are no longer being accepted. You can learn more here.

“They weren't teaching that in the late 90s in IT school,” said Elizabeth Brooks. She signed up Blockchain 101 at DriveIT. Blockchain could create more tech jobs in the region for people like Elizabeth who already have the skills, or could learn them.

“You hear blockchain, you think what is that? What does that mean?” she said. She and Jeff Barlow founded Nimble Services in 2016, a startup that uses technology for legal and HR needs. Blockchain could provide some solutions, and the Blockland effort got their attention.

“Is it going to be completely lifechanging? I don't know,” said Barlow. “I don't think I can say that for certain. I do think it will simplify a lot of everyday routine type stuff.” They’ve joined the Global Legal Blockchain Consortium to help develop standards to govern the use of blockchain in law.

“Ten years from now, will we be talking about blockchain specifically? Maybe, maybe not. But hopefully we are talking about a more vibrant technology scene in Cleveland,” said Brooks.

Right now, no one is quite sure where Blockchain can go, or how big might it get. “As it says, blockchain is the new internet,” said David Brown, who exposes companies to how blockchain can help them through NextGen Interactive.

“We [have to] decide if this is actually a thing, or whether it just goes away like some other technologies have,” said Eric Wise. Even those close to blockchain admit, that’s a real risk.

The idea though, is Blockland could create and attract hundreds of companies craving blockchain expertise as of now, no one seems to have. They plan to start this weekend.