4 die in I-71 crash in Ashland County

The crash closed I-71 South near U.S. 250 in Ashland County for several hours. 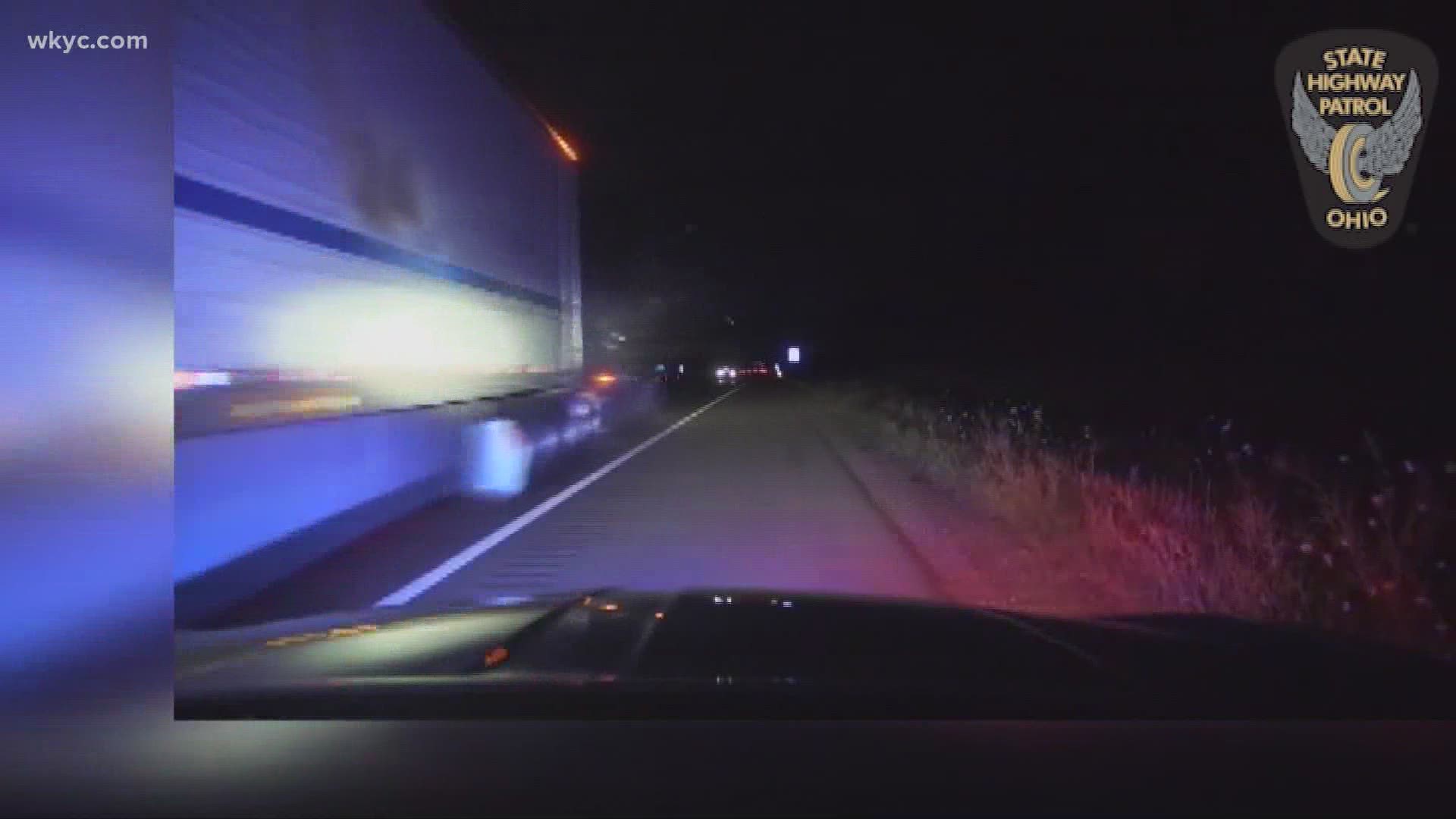 ASHLAND COUNTY, Ohio — Authorities with the Ohio State Highway Patrol say four people have died in a crash along I-71 South near U.S. 250 in Ashland County.

The overnight incident involved a semi and 2009 Saturn Outlook.

Troopers say they were attempting to pull over the Outlook for a speeding violation. The car was moving towards the right shoulder, but came to a stop in the right-hand lane. As the car was being instructed by troopers to move off the roadway, it was struck by the semi. The Saturn was pushed off the roadway, into a treeline, before the semi came to rest on top of it.

There were seven people riding in the Saturn, troopers say four were pronounced dead at the scene. Three others were taken by EMS and LifeFight to nearby hospitals. The driver of the semi suffered minor injuries.

The incident remains under investigation. No charges have been filed at this time.

I-71 South was closed in the area of the crash for several hours early Thursday morning. ODOT announced the roadway reopened around 7 a.m.

UPDATE: I-71 SB now open south of US 250 after being closed four hours due to a fatal crash. @wkyc pic.twitter.com/ucnJ7VlkgT

RELATED: Jeep recalls 95,000 SUVs to fix problem that can cause power loss