Major traffic changes in Akron: The Kenmore Leg closures and detours you need to know

It's going to be a busy few months as construction takes over multiple interstates in Akron. 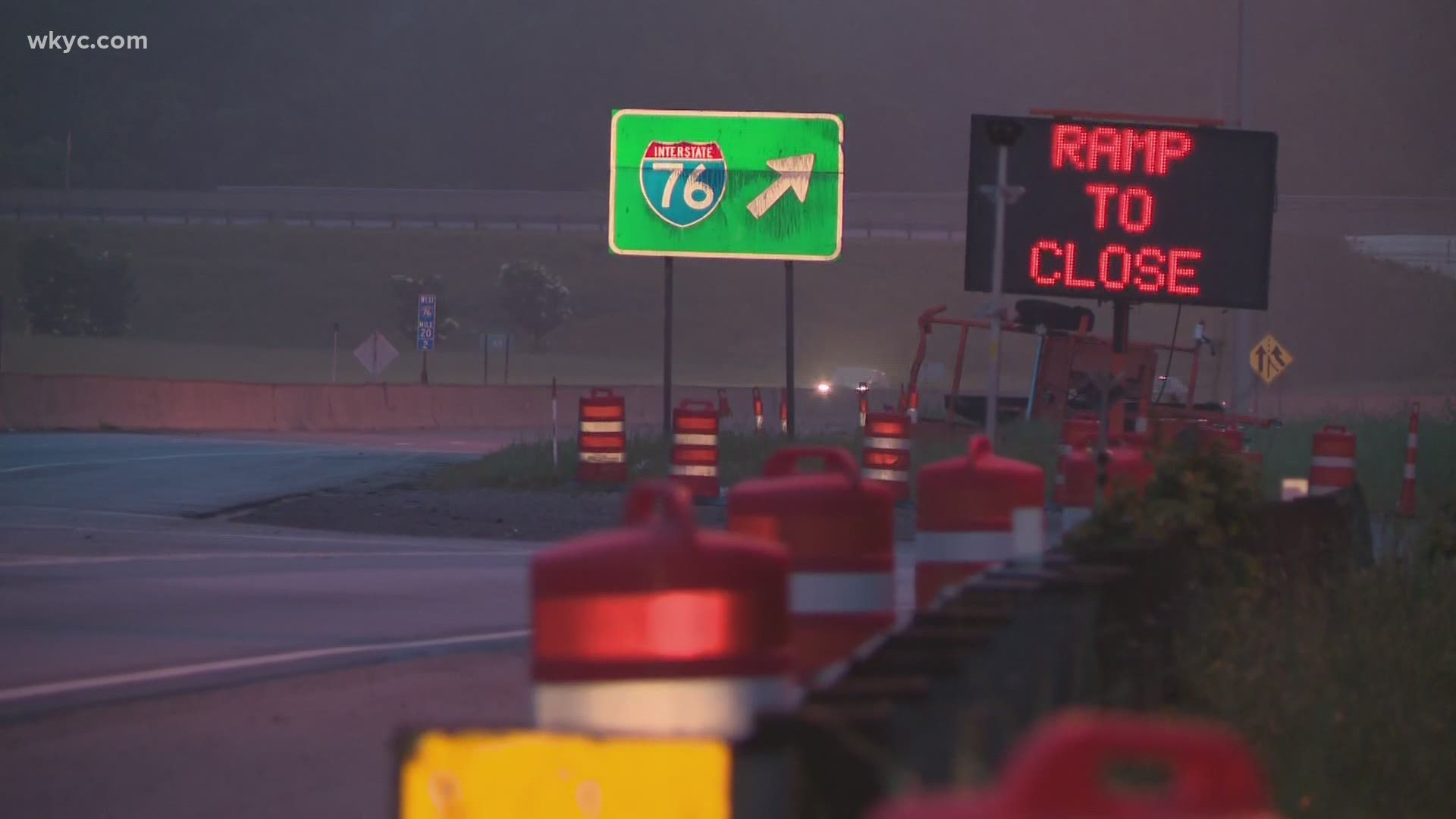 AKRON, Ohio — Editor's note: Video in the player above was originally published in an unrelated story on April 18, 2021.

Big changes are coming to some of Akron's major roadways as construction brings “substantial improvements around the Akron Beltway."

“The project also includes resurfacing of state Route 8 and the addition of a southbound lane on state Route 8 between Carroll Street and Beacon Street, and the realignment of left-hand turn ramps (I-76 westbound to I-77 southbound and I-76 eastbound to state Route 8 northbound) to improve turn radius,” ODOT officials said.

So how will all of this impact your commute? Here is a timeline from ODOT on what drivers can expect from this construction project now through late fall...

During this first phase of construction, work will focus on two areas, the first will be the pavement replacement in the area of I-76/I-77 near the Kenmore Leg between East Avenue and Vernon Odom Boulevard.

Ramp closures were originally slated to begin at 10 p.m. June 3, but that work was delayed due to inclement weather. The following closures will be in effect from 10 p.m. Friday, June 4 through mid August:

The following lane restrictions and ramp closures will be in effect from 10 p.m. Sunday, June 6 through mid August:

Starting in the evening hours on Tuesday, June 8 through mid August:

During this phase, I-77 southbound from Cole Ave. to I-277/U.S. 224 will also be temporarily re-striped to four lanes to help with traffic flow during detours.

Posted by Ohio Department of Transportation - Akron / Canton District 4 on Wednesday, May 26, 2021

During the summer, work will continue in the same areas. The I-76/I-77 through movement across the interchange at the top of the Kenmore Leg will be closed through early November.

The following ramps will be closed through late fall 2022:

The SR 8 southbound on ramp from Carroll Street will be closed for 60 days.

Construction will begin on I-76 westbound between Princeton St. and East Avenue.