It happened early Wednesday morning at I-77 South and Shuffel Street NW. 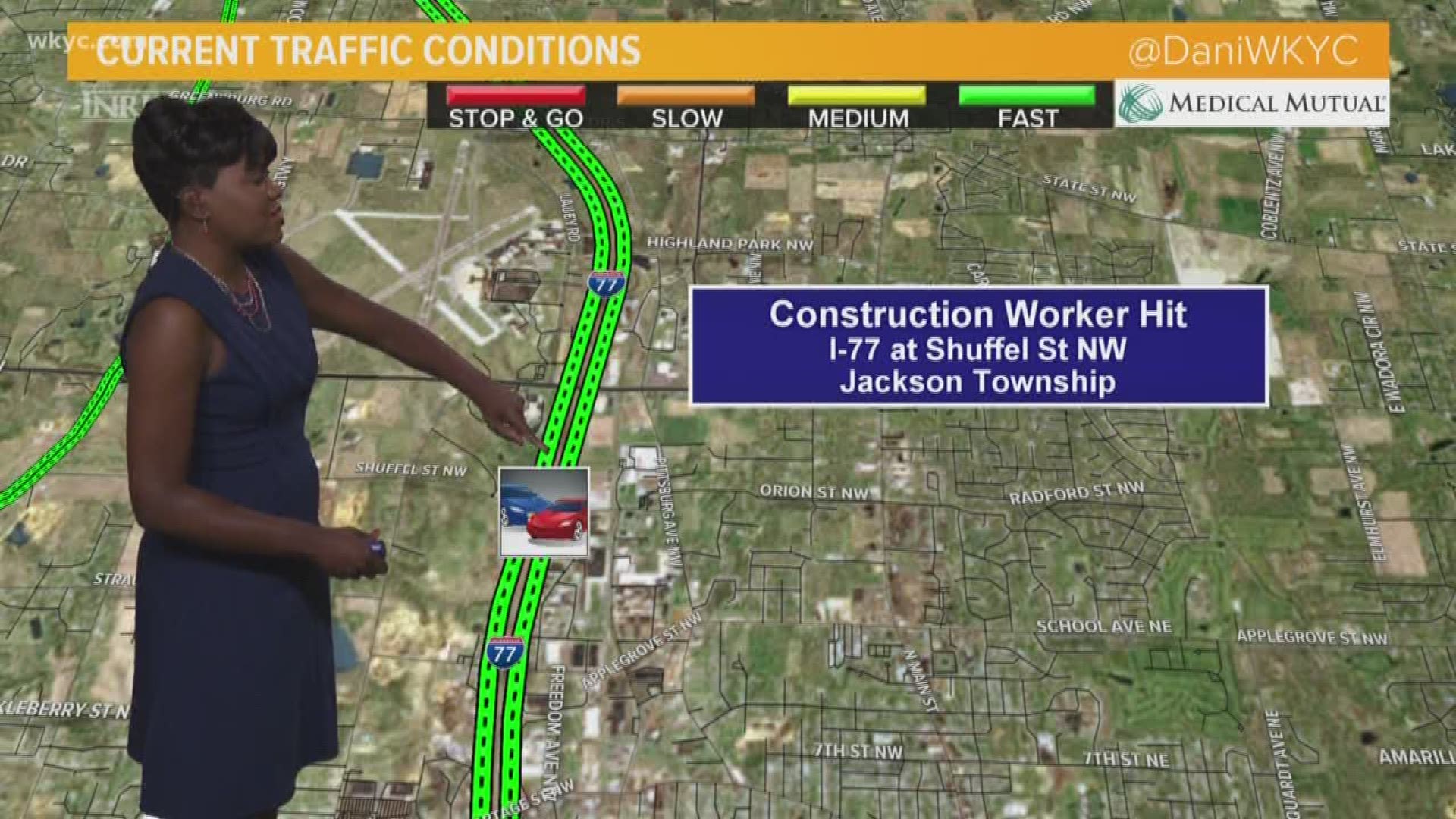 JACKSON TOWNSHIP, Ohio -- A construction worker was hurt early Wednesday morning after getting struck by a co-worker who was backing a vehicle up.

Authorities say it happened on I-77 South at Shuffel Street NW when another construction worker accidentally backed into the man.

The worker has been treated and released with minor injuries.

The other worker was cited for improper backing.