The vehicle had been involved in a police pursuit before it crashed. 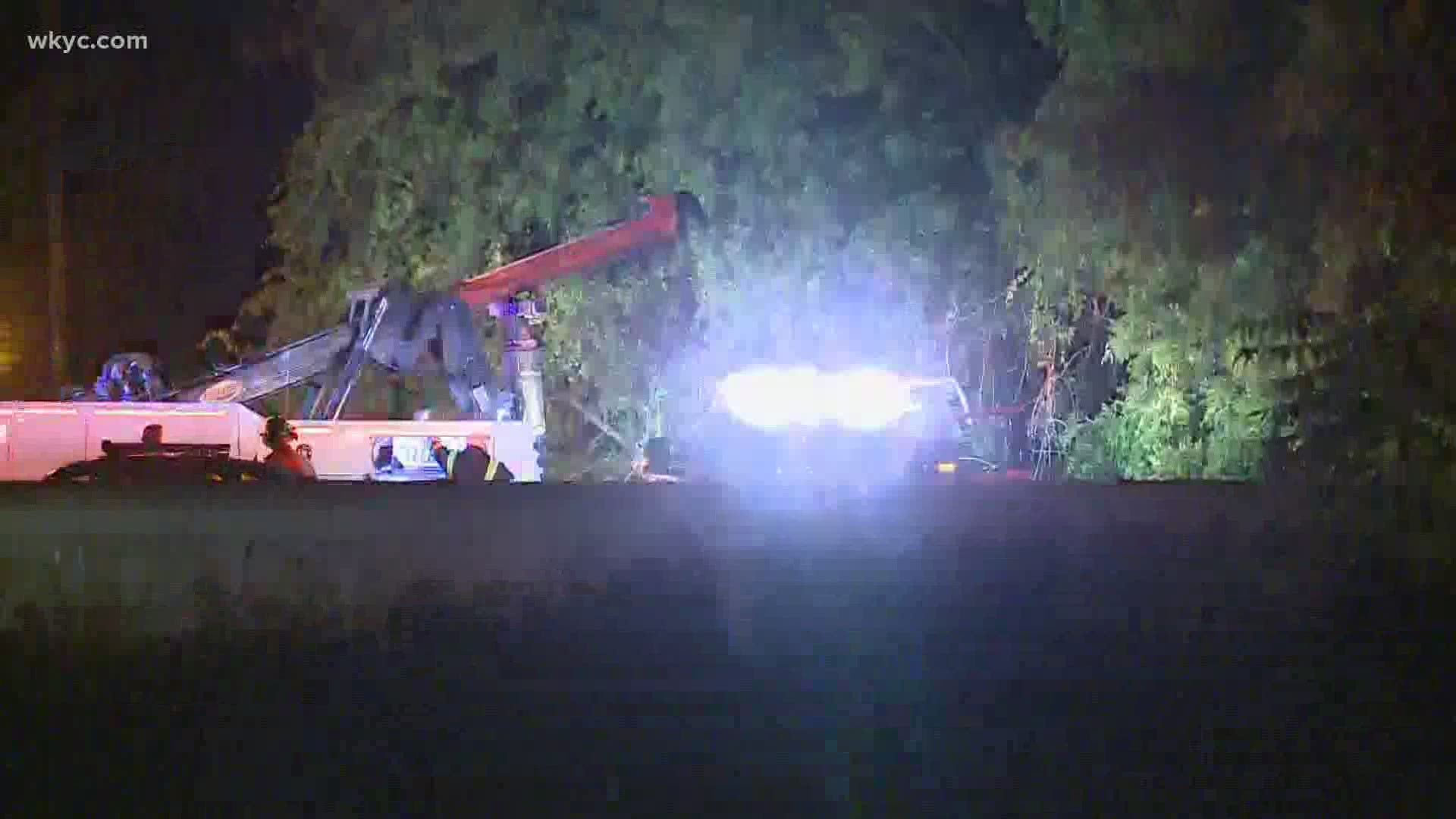 AKRON, Ohio — All lanes of Route 8 South were closed for hours Tuesday morning in the area of Howe Avenue due to a crash.

Authorities say the situation started at 3:36 a.m. when officers responded to a domestic dispute in the 200 block of Cole Avenue in which a woman told police a man had stolen her minivan and two guns.

Officers later spotted the vehicle on Bellows Avenue and attempted to make a traffic stop at Thornton and Amherst streets when the driver fled the scene and a pursuit began around 4:08 a.m.

Police say the vehicle began driving eastbound in the westbound lane of 224 from Manchester Road before continuing northbound onto Route 8 South. Police said the chase was called off at 4:19 a.m. at East Wilbeth Avenue and officers immediately exited the highway.

The vehicle then struck a semi near Glenwood Avenue around 4:22 a.m. The driver of the minivan was pronounced dead at the scene. Their name is not being released at this time. The semi driver was also hurt with injuries that police say are not life-threatening.

We streamed live video from the scene, which you can watch in the player below: