I-77 reopens after hours-long closure in Summit County 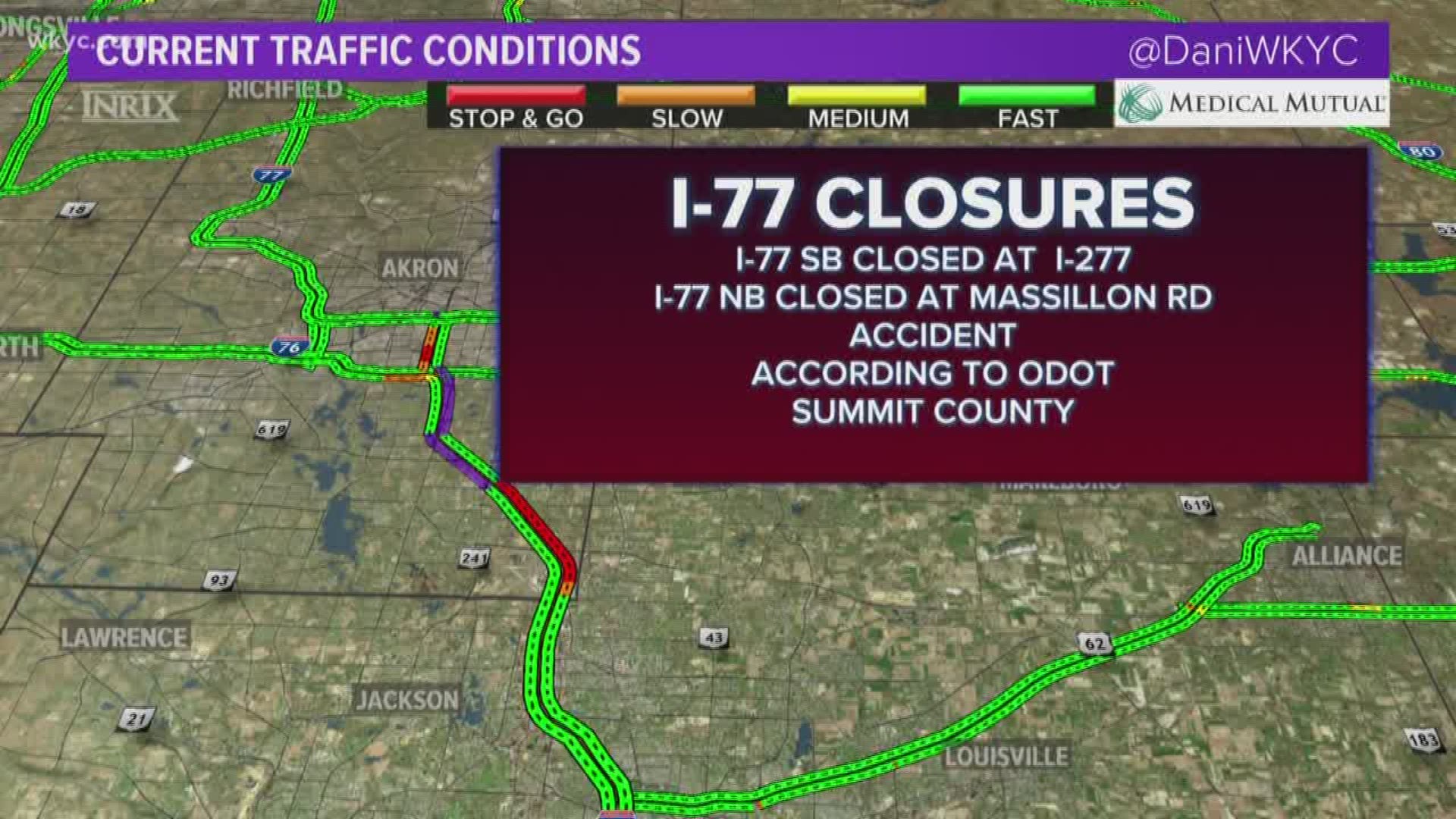 AKRON, Ohio — Drivers dealt with an unexpected detour Friday due to an issue on I-77 in Summit County.

I-77 was closed for hours in each direction between I-277 and Route 241 after a vehicle struck a utility pole.

All laves have since reopened.

The Summit County Sheriff's Office said the crash happened around 4:30 a.m. when a 2006 Chevy Equinox went off the side of I-77 and struck a pole that was supporting power lines.

Portions of Arlington Road lost electricity as a result of the crash.

The driver has been identified as a 27-year-old Canton woman. Her dog was a passenger in the vehicle. Neither were hurt in the crash.