Driving tips to stay safe in the Northeast Ohio snow

Our newest reporter from the South takes you alongside her private driving lesson to stay safe on the road. 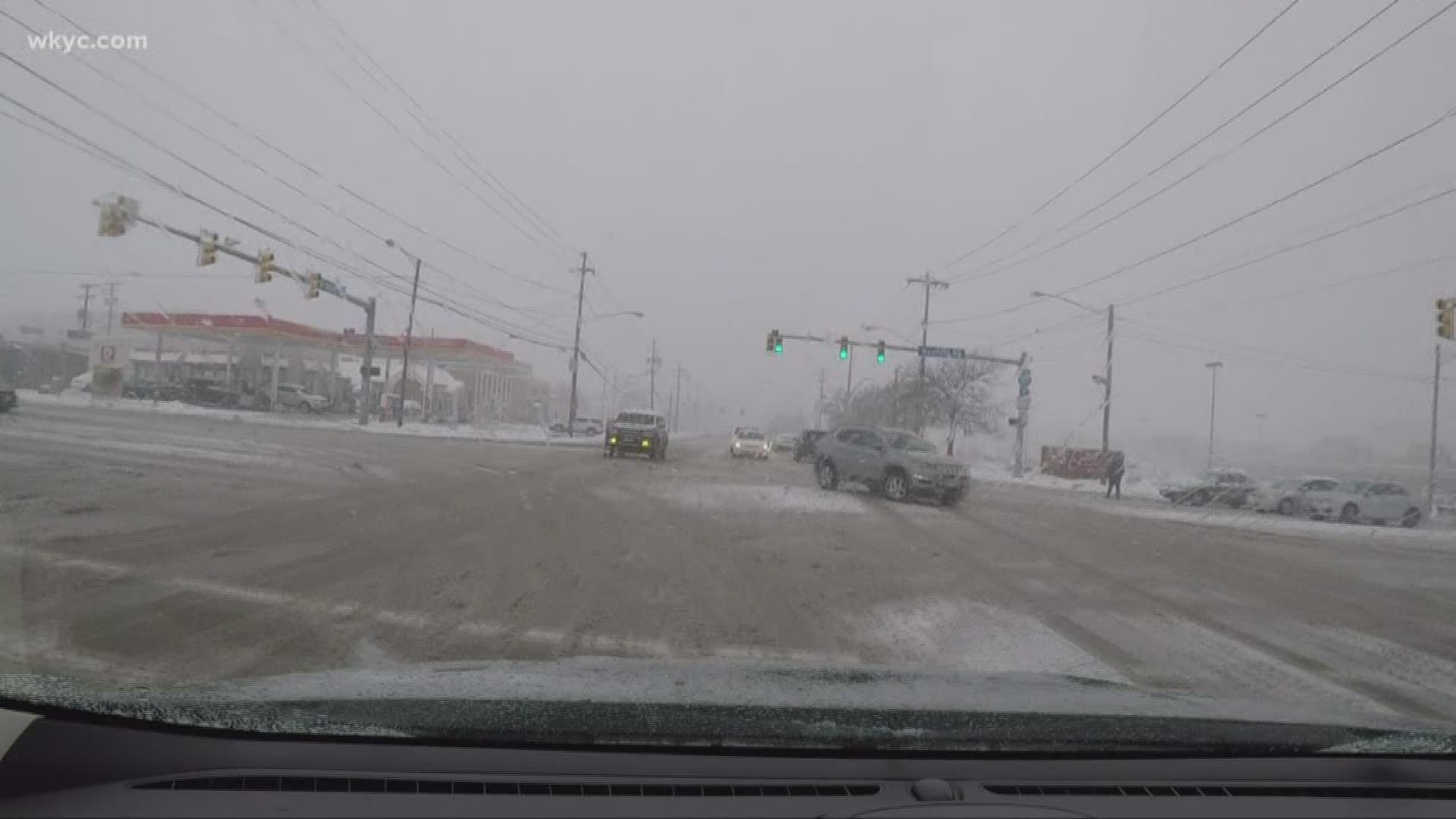 CLEVELAND — The roads in parts of Northeast Ohio are slick from the snow.

“You’ve got to slow down. That’s the biggest mistake that people make today. They’re not reducing speed and then if they keep space around their car, if something does happen, they’ll have space to maneuver it,” says Cox.

Cox says there are 4 S’s when it comes to driving safely in snow: speed, space, stomp & steer. Speed, meaning slow down your speed in the snow. Space, as in give yourself more space than normal to stop. If you skid, stomp on the brake and steer in the direction you want to go.

We decided to test the “stomp and steer” advice in an empty parking lot and it worked perfectly! While learning to drive in the snow, Dan tells me since most cars have an antilock braking system, you never need to pump the brakes to stop. But what if you’re just starting to skid or worse, skidding on ice?

“The worst thing you can do is in that situation is hit the brake. First take your foot off the gas and allow the speed to come down and maybe you’ll grip in,” says Cox.

As we drove up and down practicing different driving maneuvers, I got more comfortable with skidding.

3News had a little fun with this story, but we really do want everyone to be safe on the road. So if all of the advice fails, and you happen to get in an accident, remember, stay inside your vehicle and call for help.