The vehicle was leaking diesel fuel onto the highway. 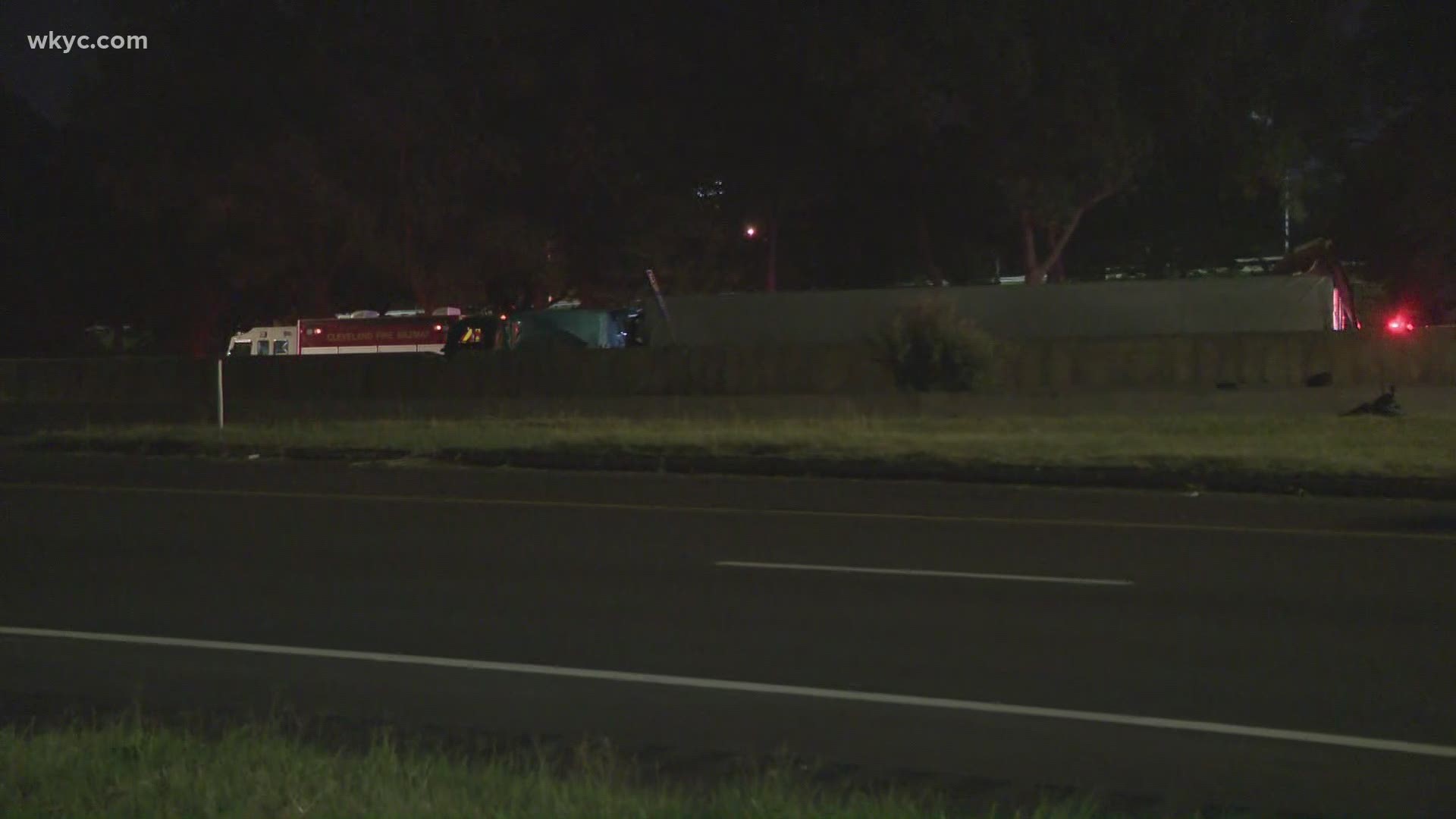 CLEVELAND — A crash at Dead Man's Curve shut down a portion of Interstate 90 in Cleveland Tuesday night. The roadway has since reopened.

Police say a semi-truck rolled over around 10:10 p.m., and while it was not transporting any hazardous materials, it was leaking diesel fuel onto the road. HAZMAT crews have been brought to the scene.

The driver of the truck was taken by ambulance to MetroHealth Medical Center. His condition is unknown at this time.

All eastbound lanes were closed between Superior Avenue and North Marginal Road.

RELATED: Major traffic changes in Akron: The Kenmore Leg closures and detours you need to know