Drivers will need to find an alternate route. 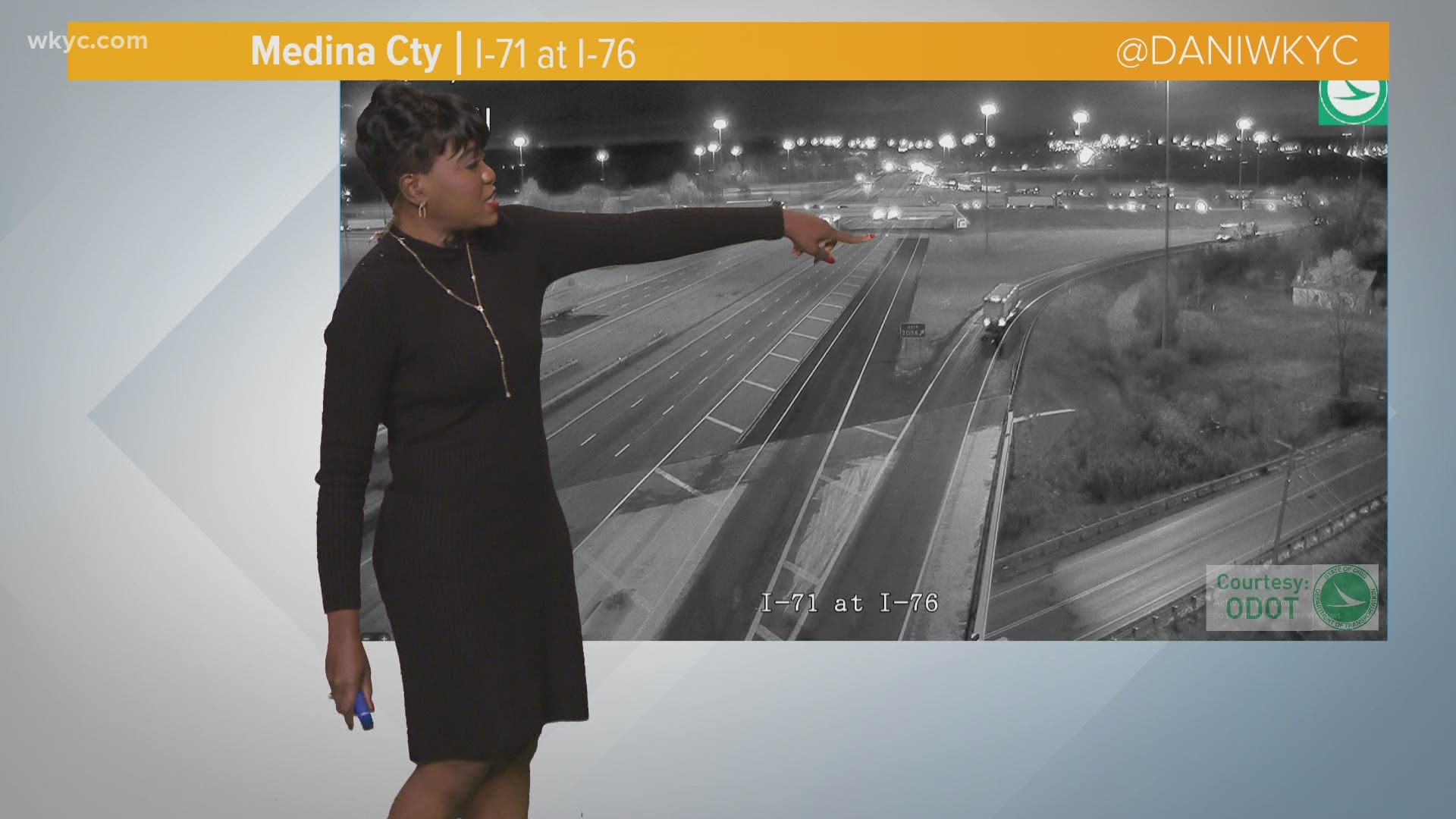 MEDINA COUNTY, Ohio — Heads up! It was a rough morning on the roads throughout Northeast Ohio.

ODOT officials say I-77 North was closed near White Pond Drive because of a crash. Authorities say the crash involved several vehicles, including one that slid into the center median.

Two people were taken to the hospital with injuries that are not believed to be life-threatening.

A crash that had caused the closure of I-71 North at I-76 in Medina County has been cleared and the roadway is now open.

The closure was reported shortly after 5 a.m. Monday. 3News learned the crash involved two semis and three vehicles -- including a patrol car. Authorities said no injuries have been reported with the crash.

Oh, and then there's this... The I-271 southbound ramp to 422 eastbound was closed due to some icy conditions.

5:42 a.m. -- Traffic completely stopped on I-77 NB at White Pond Dr in Akron. The highway is closed between White Pond Dr and Ridgewood/Miller due to a crash. @wkyc pic.twitter.com/4W6NmQw89g