House stuck on the highway: Crews remove home from I-77 North in Canton

The left lane of I-77 north was closed approximately ½ mile south of SR 800 for the removal of the house early Thursday morning. 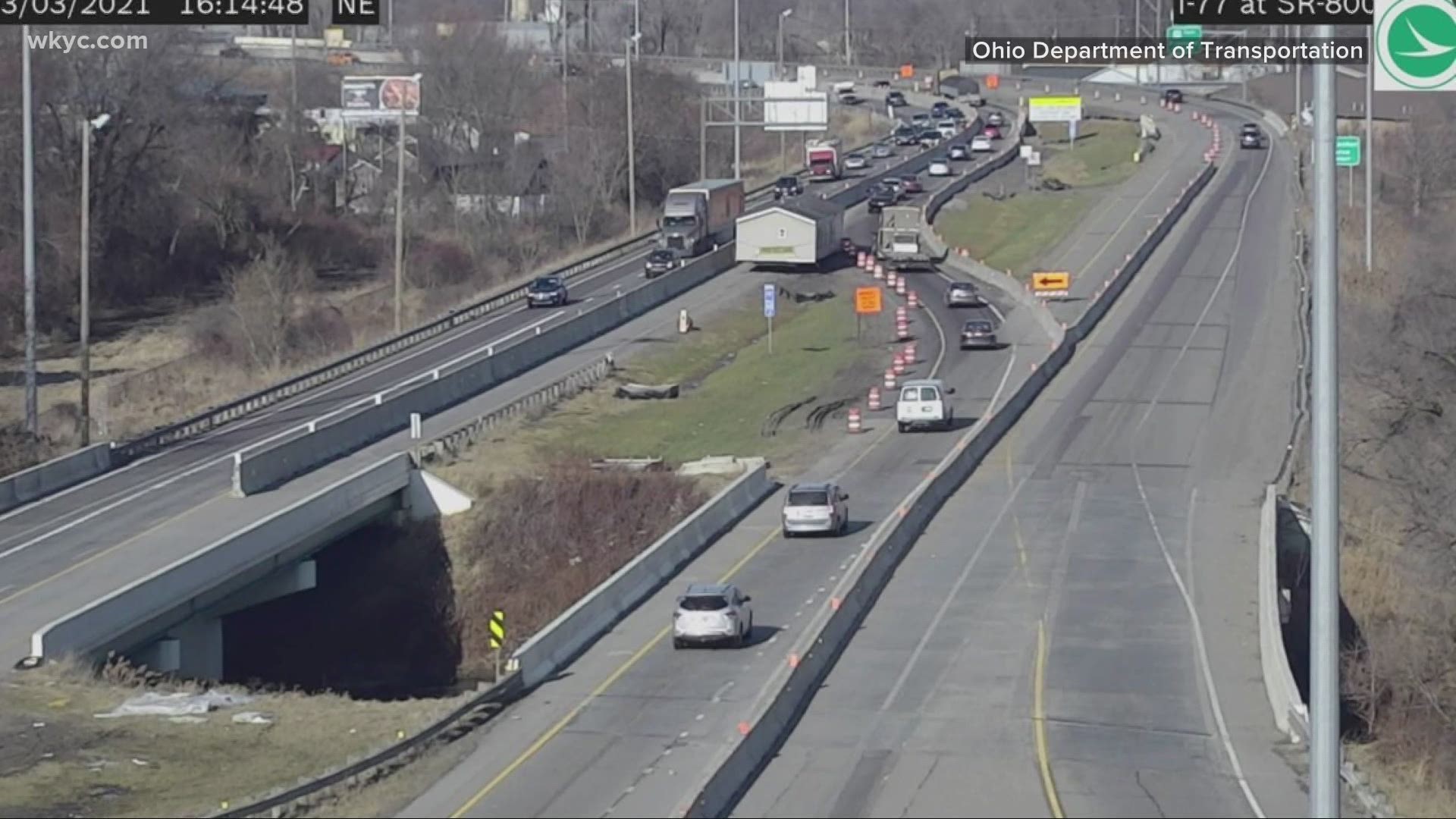 CANTON, Ohio — Here's a traffic alert that you don't see every day.

A modular home was stuck on part of I-77 north near SR 800 in Canton after the driver realized that he wouldn't be able to maneuver through the median in a construction zone.

The house was removed early Thursday morning after crews closed a portion of I-77 before sunrise to get the home off the highway.

Previous coverage on this story:

Someone's house is stuck in the middle of I-77 near Canton, OH. The @ODOT_Statewide is aware of the house. Officials say tomorrow from 3:30 a.m. to 6:00 a.m., the left lane of I-77N will be closed ½ mile south of SR 800 for removal of the house. Imagine getting that call? #Canton pic.twitter.com/DxHKrlSsRF