Five ODOT crews have been hit in a span of eight days on the state's roadways. 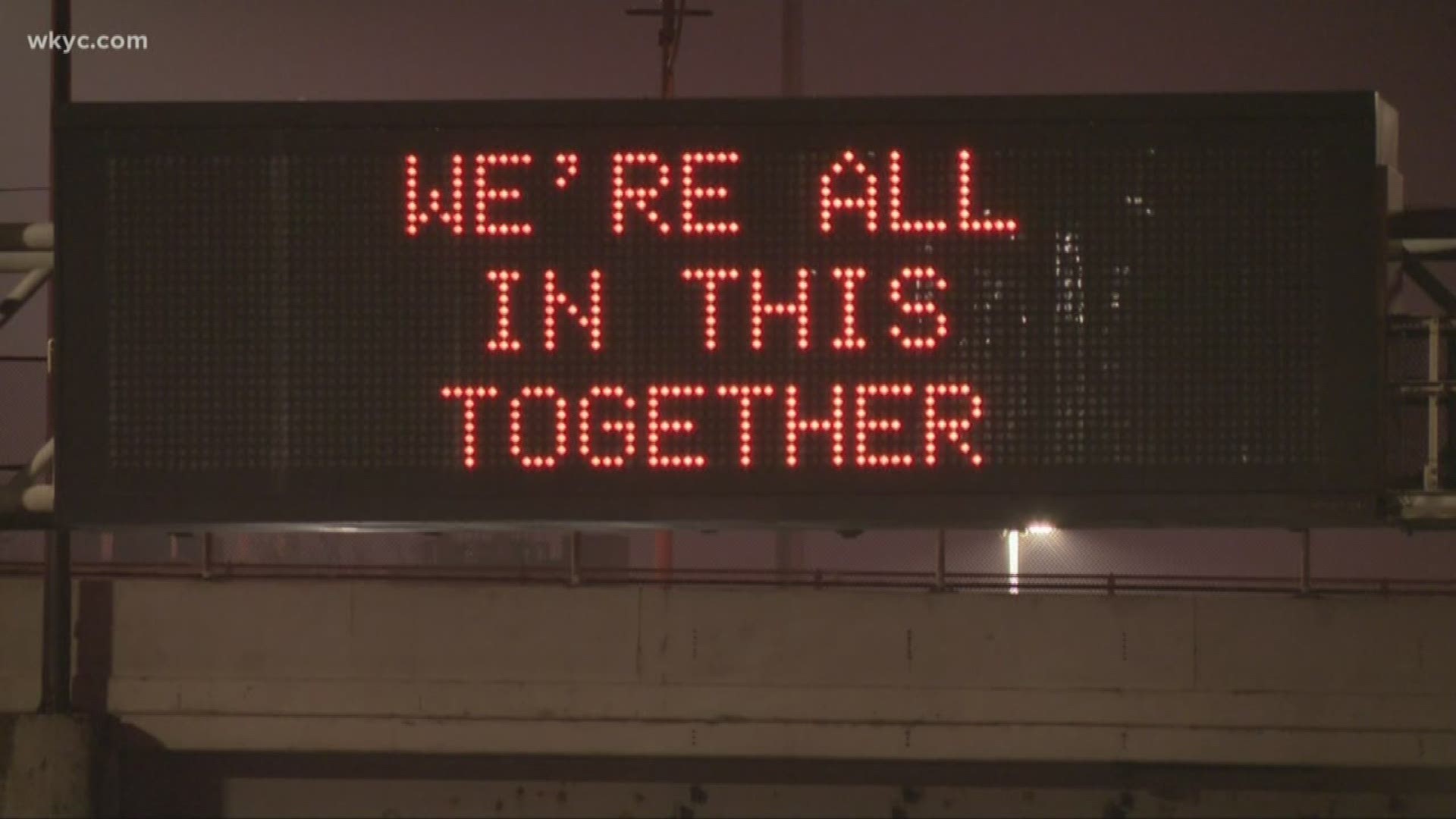 COLUMBUS, Ohio — The Ohio Department of Transportation (ODOT) is renewing their call for drivers to move over and slow down for road workers, as motorists have struck five crews working in the last eight days.

"As more and more Ohioans get back on the road, it's important that they remember to move over and slow down for our men and women working hard on the road," said ODOT Director Jack Marchbanks in a press release. "These people have families they want to safely get home to when their vital work is done."

Incidents have occurred in Crawford County, Putnam County, plus several along major highways in Cleveland.

Just before 1 a.m. Wednesday, an ODOT crew working along I-490 in Cleveland was hit by a vehicle.

The latest incident occurred Thursday morning when a semi clipped the front bumper of an ODOT dump truck on I-77 in Cleveland. The crew was working to open a ramp after an overnight closure. There were no injuries in either incident.

The latest incidents bring the total to 16 ODOT crews that have been struck this year while working to make our roads safer.

Ohio's Move Over law applies to every stationary vehicle with flashing lights, including but not limited to road construction, utility and maintenance crews.

"These crashes are 100% preventable. Our workers and their vehicles are highly visible when they're on the road," added Marchbanks.

RELATED: 'Would you rather us fill potholes or pick up trash?' Disposable masks scattered on I-90 draws attention to Ohio's litter problem

RELATED: ODOT outlines plan for construction projects along I-76, I-77 and Route 8

RELATED: Ohio interstate travel numbers are down but crews are still getting hit

RELATED: More people are following the stay-at-home order, according to ODOT traffic numbers

RELATED: Ohio road signs with important coronavirus messages: 'We're all in this together'