Even though there are fewer people on the roads, crews are still getting hit by drivers. ODOT crews have been hit 9 times since Feb. 14. 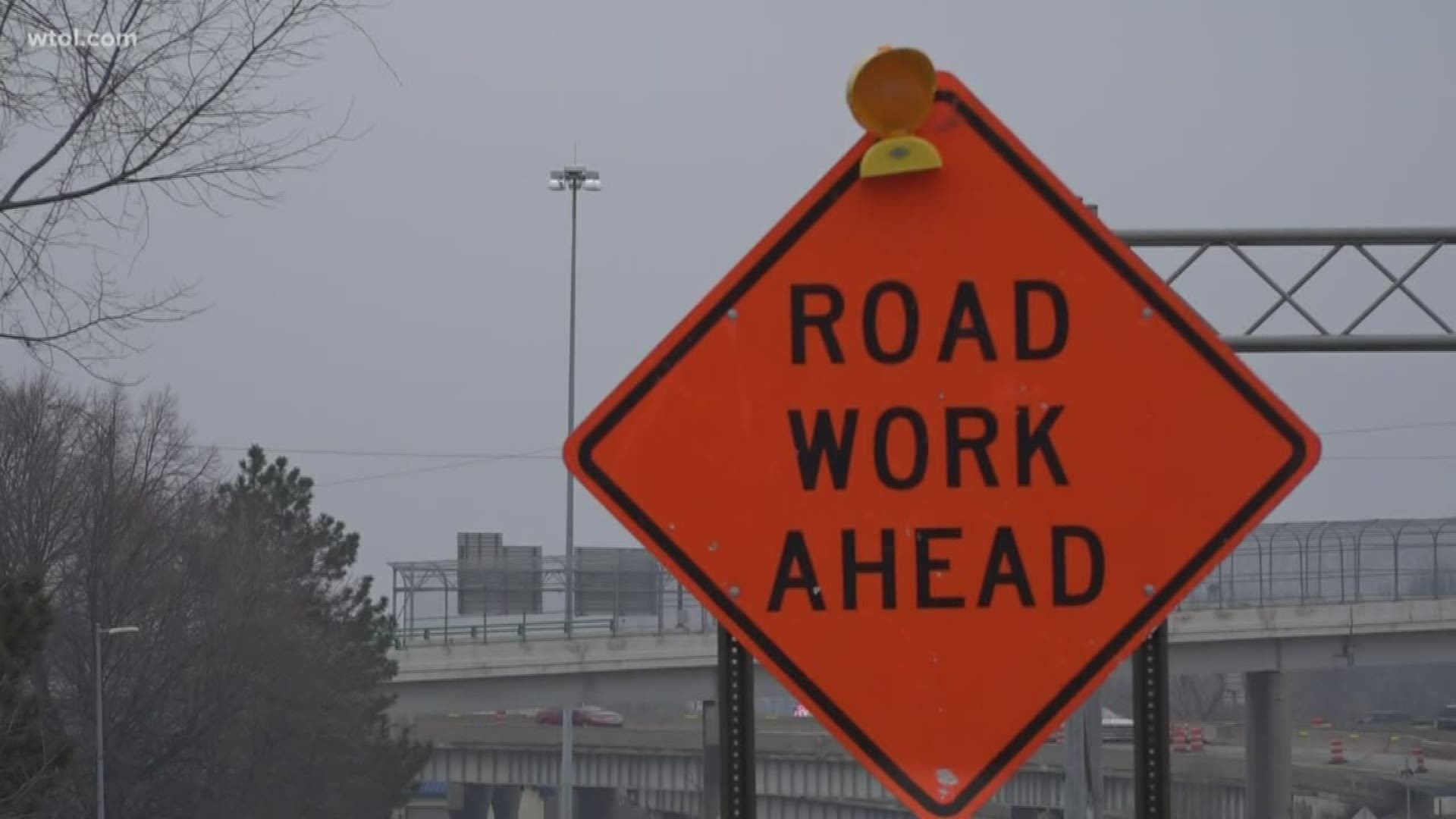 ROSSFORD, Ohio — While most of us stay at home, road crews are still out in full force. Right now, major roadway projects in northwest Ohio are moving forward as planned.

"The projects are still progressing, each contractor is making those safety choices on how to address their crews and what work they're doing to maintain those safety guidelines," Ohio Department of Transportation spokesperson Rebecca Dangelo said.

Throughout the state of Ohio, traffic flow on major interstates is down by about 45% and here in northwest Ohio, it's down 47% from normal. Even though there are fewer people on the roads, crews are still getting hit by drivers.

Since Feb.14, nine ODOT crews have been hit while working on the side of the road. One of those incidents happened last week in the Findlay area.

"They were struck in a work zone, State route 15, just south of Findlay, that one being the most recent but also the closest to home, we really want that to be that wake-up call for drivers," Dangelo said.

ODOT is reminding you to give their crews space. Slowing down and moving over is a law and will keep their crews safe.

RELATED: Distracted driving crashes on the rise in Ohio