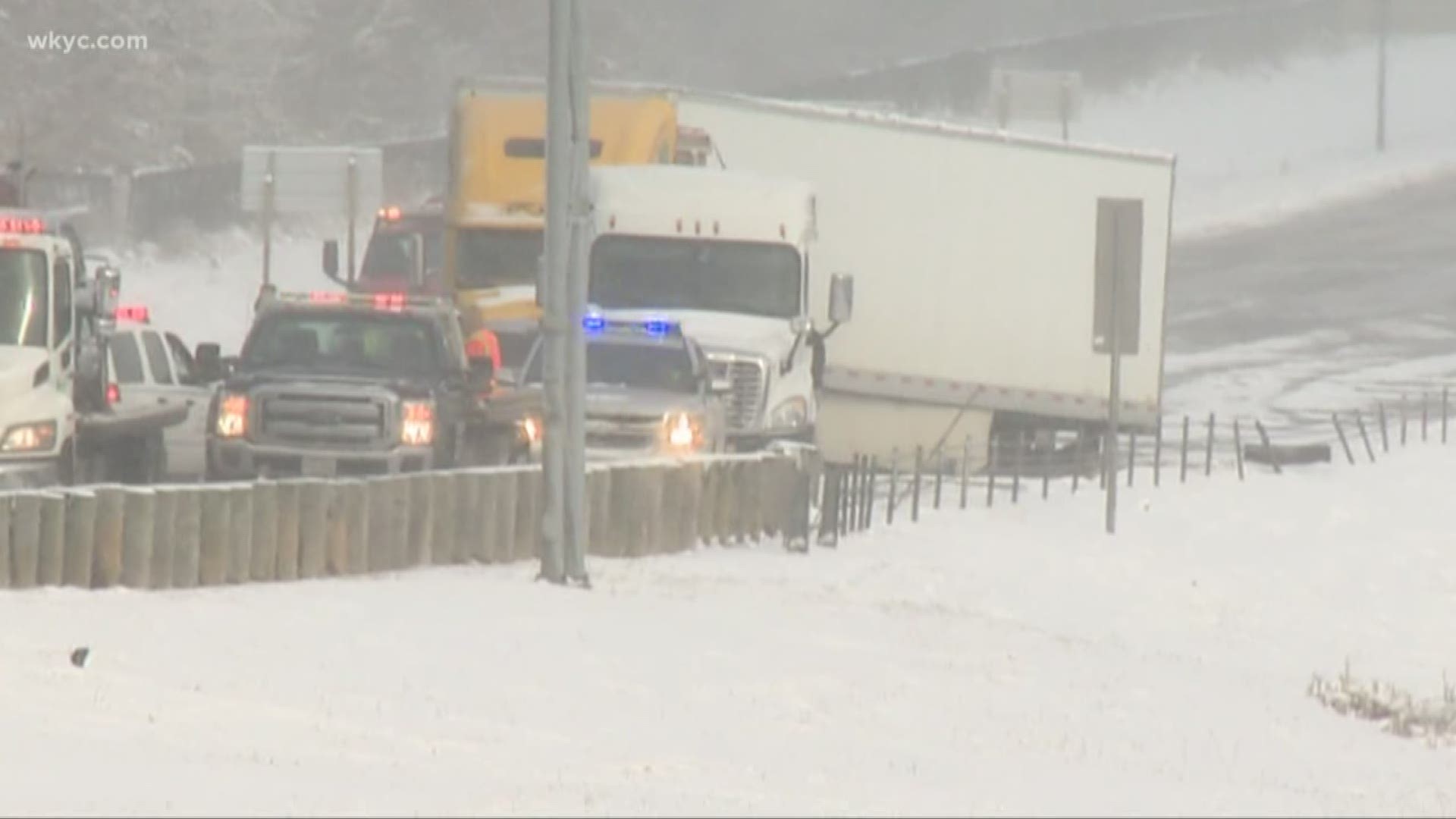 According to the Ohio Department of Transportation and 3News sister staion 21 News, the highway was closed in both directions between Salt Springs Road in Weathersfield Township and the Ohio Turnpike in Jackson Township (Mahoning County).

The crash apparently involved at least 50 cars and began just before 10:30 a.m. when a semi-truck rolled over.

This is a developing story. Please stay with 3News for updates.