Semi crash sparks closure of I-271 South ramp to I-480 East: Here's an easy detour

Be careful out there! 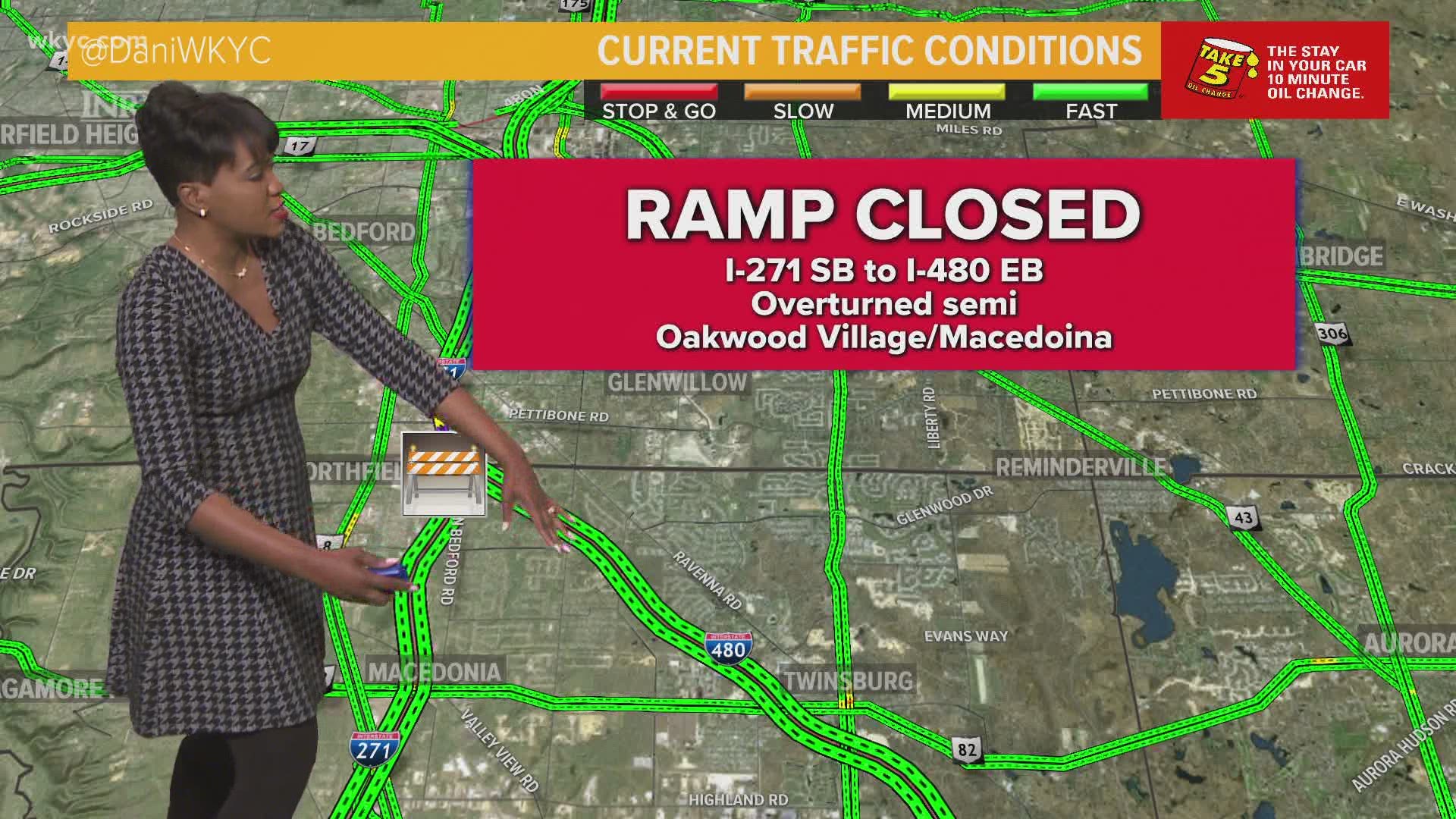 OAKWOOD VILLAGE, Ohio — Drivers in Oakwood Village were experiencing an unexpected detour early Wednesday morning. That's because an overturned semi caused a ramp closure from I-271 South to I-480 East.

3News' Danielle Wiggins says a detour option was to exit I-271 South at 82 in Macedonia. Then, take 82 into Twinsburg where drivers can rejoin I-480 eastbound traffic.

The closure, which was reported in the 5 a.m. hour, was in effect for several hours. The issue caused slower traffic conditions as drivers navigated around the issue.

Be sure to follow @DaniWKYC on Twitter for all the latest traffic updates -- including any new information with this ramp closure.

Editor's note: Video in the player above was originally published on Feb. 2, 2021.