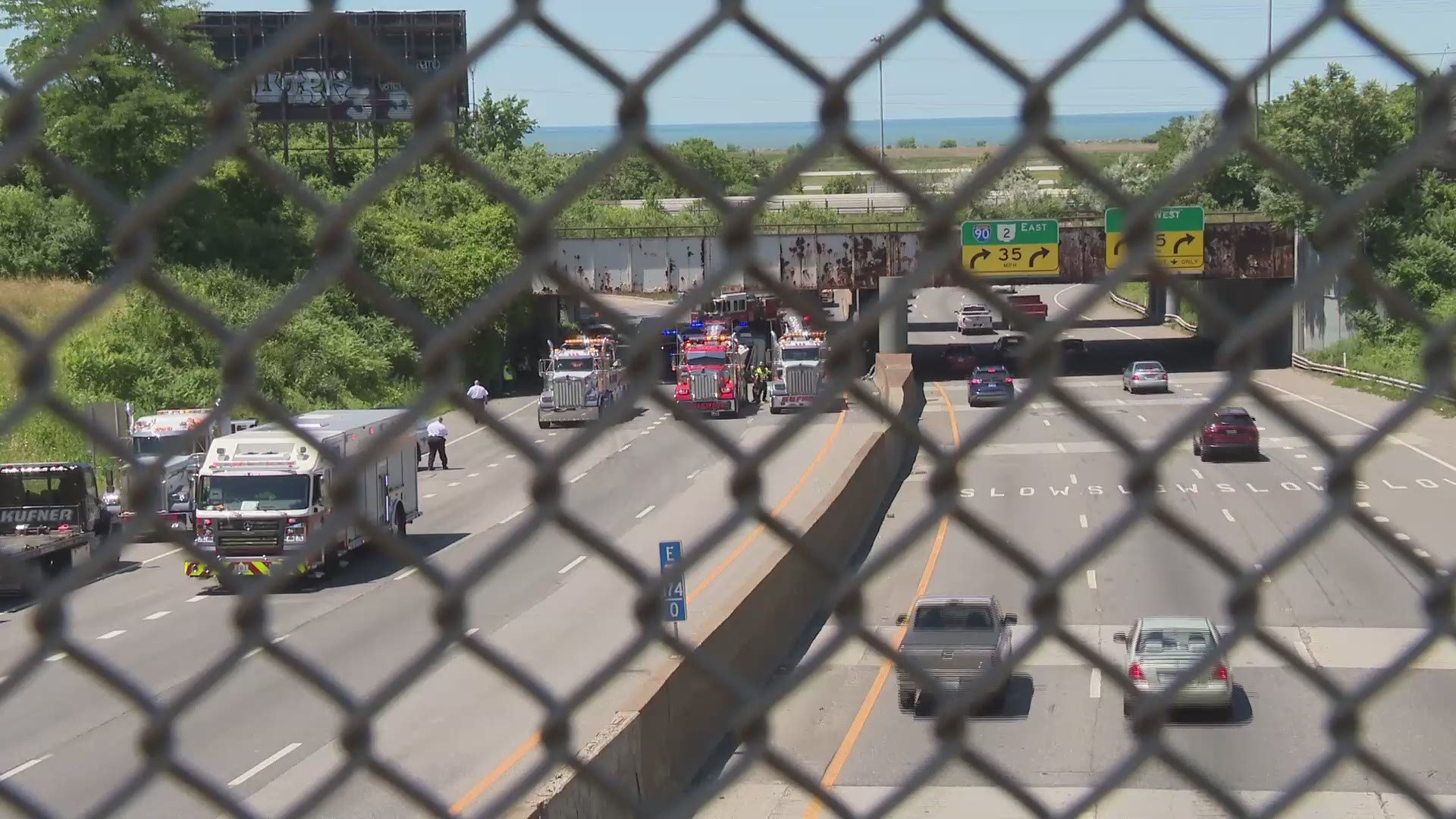 CLEVELAND — The Cleveland Division of Fire reports that I-90 Westbound has been reopened at Dead Man’s Curve after being closed for several hours due to an overturned semi truck.

In addition, the ramp from Route 2 East onto I-90 West was also closed. However, I-90 west remained open from the Lakeside entrance on.

Officials with the Cleveland Division of Fire say the overturned truck was carrying dry cement. No injuries have been reported at this time. HazMat crews responded to the scene.

According to the Ohio Department of Transportation, there is "still a great deal of congestion, but I-90 westbound is now open. Please continue to use caution in the area as traffic continues."

UPDATE: I-90 West at DMC is reopened including both entrances from Route 2. Stay Safe! pic.twitter.com/Acu4JBxJk9

ROAD CLOSURE: I-90 Westbound is CLOSED at Dead Man’s Curve. The ramp from Route 2 East onto I-90 West is also CLOSED. I-90 West is open from Lakeside Entrance on.
Rolled over Semi carrying dry cement. No injuries reported. #CLEFIRE HazMat crews responding. pic.twitter.com/iW5t7csMHv