Airline industry dealing with issues as travel picks back up

Whether it be delays or long lines, the surge in plane passengers is creating problems on the ground and in the sky. 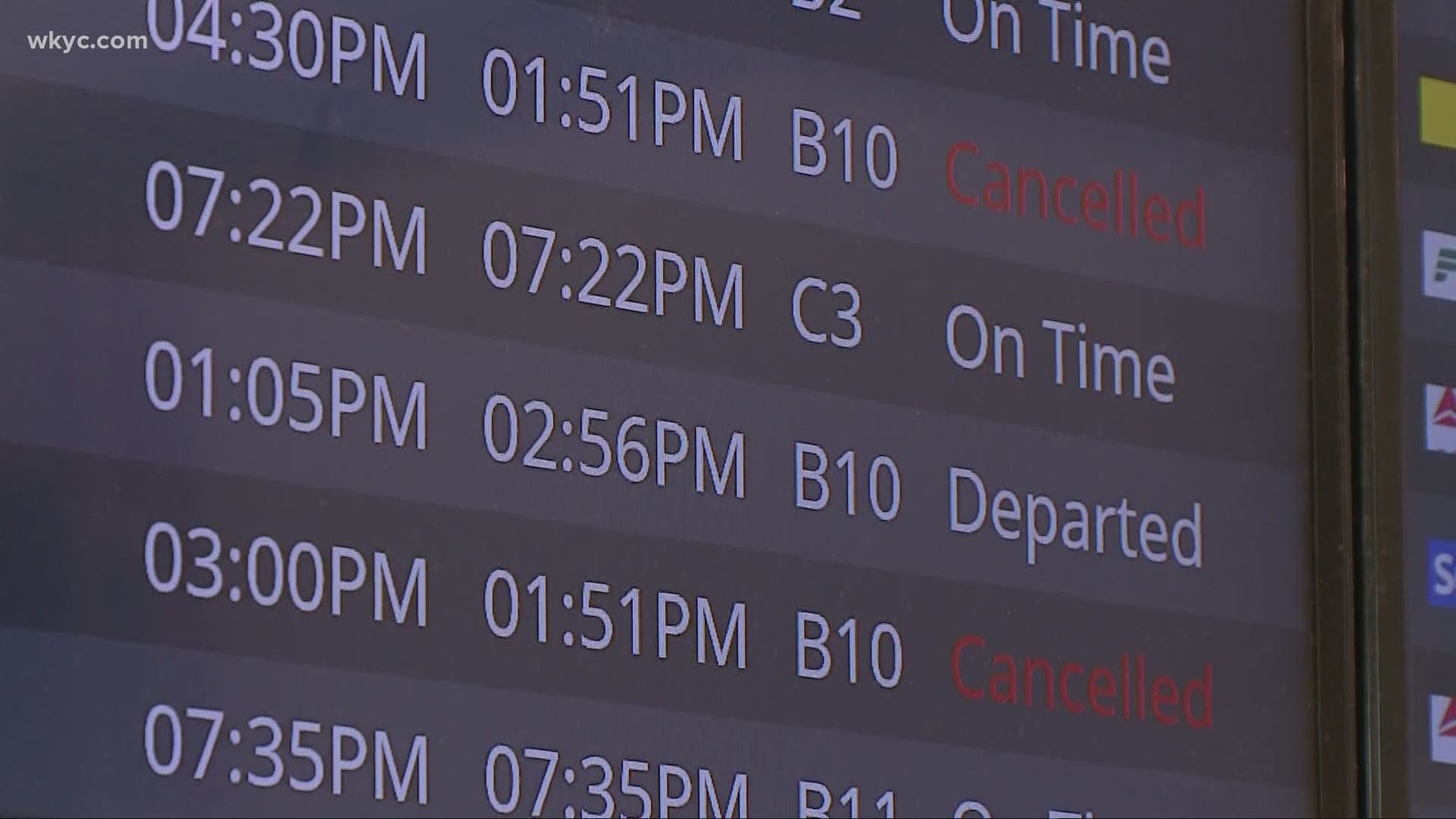 CLEVELAND — The hustle and bustle at Cleveland Hopkins International Airport is back, and it’s busy.

According to the city, the airport is averaging more than 12,000 passengers a day. That's compared to just 314 passengers in April of last year.

"We went from Honolulu to Cleveland, then from Cleveland to Florida, back to Cleveland," Delta Airlines passenger, Hiddikel Yuhudah said.

But those sharing their stories with 3News said the struggle starts as soon as they get to the airport.

"You literally had to wait in line and the wain in line was an hour," Yuhudah said.

Natalia Melendez made her way to Cleveland from Puerto Rico to visit family on the same day, and got caught in the mix.

"We were supposed to leave at 1, but then they started saying that there were so many delays that the system crashed," Melendez told us. "It's been pretty rough."

As more people begin traveling again, all eyes are on the airline industry.

"It's going to be a rough summer," Dr. Andrew R. Thomas, Associate Professor of International Business at the University of Akron and editor-in-chief of the Journal of Transportation Security, said. "I don't think they anticipated that it would be like this, that so many people would be rushing to the airports and hit the road again."

Thomas attributed fully booked and overbooked flights to the surge in demand. Airlines and crews are slowly bringing crews and flights back, but that isn't as easy as it sounds.

By Labor Day, Thomas believes airlines could be flying as many as three million people through the sky a day.