Amtrak is looking to add service from Cleveland to Cincinnati via Columbus and Dayton as part of its vision for the future. 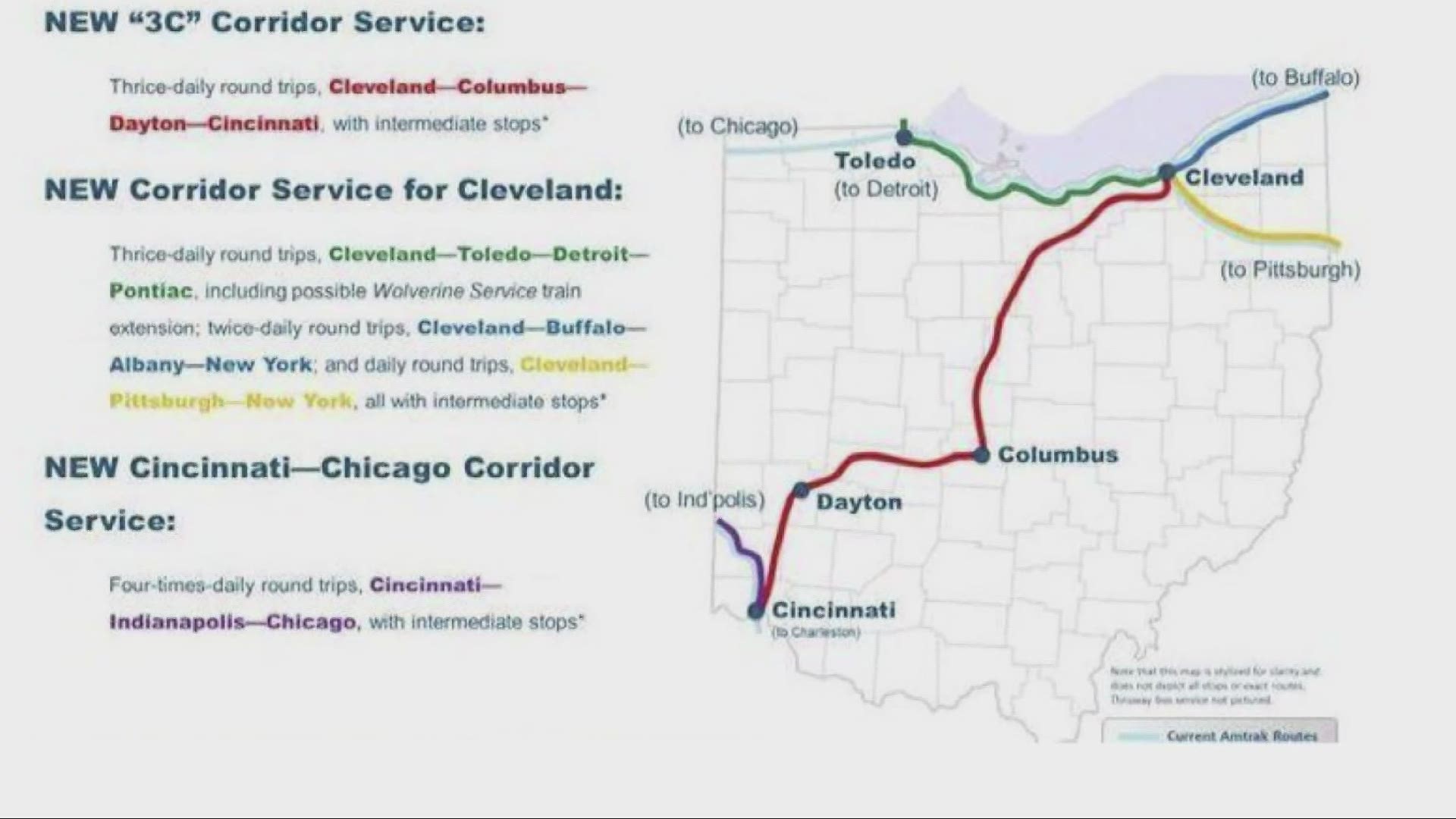 The event laid out the vision for passenger rail service along a Cleveland-Columbus-Cincinnati corridor, via Dayton, including Cleveland Hopkins Airport, Crestline, Springfield and Sharonville.

Amtrak says the development of this corridor in Ohio is a priority.

"Amtrak's vision for Ohio is an investment in the future," Jackson said during the event. "This will connect the various regions in such a way that we will become one economy."

Daily rail service through Cleveland is set to return in late May, while Amtrak envisions an ambitious expansion plan that involves Cleveland and the state of Ohio.

Besides the Cleveland-Columbus-Dayton-Cincinnati (3C) Corridor, the proposed new routes would include:

Amtrak's Connect US plan would service more than 160 new cities nationwide and add routes in 16 new states by 2035. Amtrak believes it can increase its record high number of yearly passengers it set in 2019 of 32.5 million by 20 million in 2035.

Flynn and Gardner indicated that Amtrak's funding model for the first five years of its program would be from federal dollars, before transitioning to the state level.

"Ohio has got a great rail network and a huge opportunity ahead to make more use of it to deliver people," Gardner said.

Amtrak currently has a facility on the lakefront near FirstEnergy Stadium, but Stu Nicholson, executive director of the Advocacy group All Aboard Ohio, says Terminal Tower could be an ideal location for the Cleveland Amtrak station.

"From a historical standpoint, this was the hub of passenger rail traffic in and out of Cleveland from the time it was built in the early 1930s," he said, referring to the old Cleveland Union Terminal that was in service from 1929-77.

Tower City now serves at the area's main Rapid station, and Nicholson says the rail corridors are still in place from when mainline passenger trains used to stop there. While it would need a lot of work, it could be a great place for hotels and businesses alike.

"You have RTA busses that go out of there, we have ridesharing, we have car sharing," Nicholson explained. "That could be a real transportation hub in the heart of a city that is making a remarkable comeback over the last several years."

You can watch Tuesday's meeting in the player below: