The plan, called the 'Walk.Bike.Ohio' plan was developed to help address some of the safety issues Ohioans may encounter when they walk or bike. 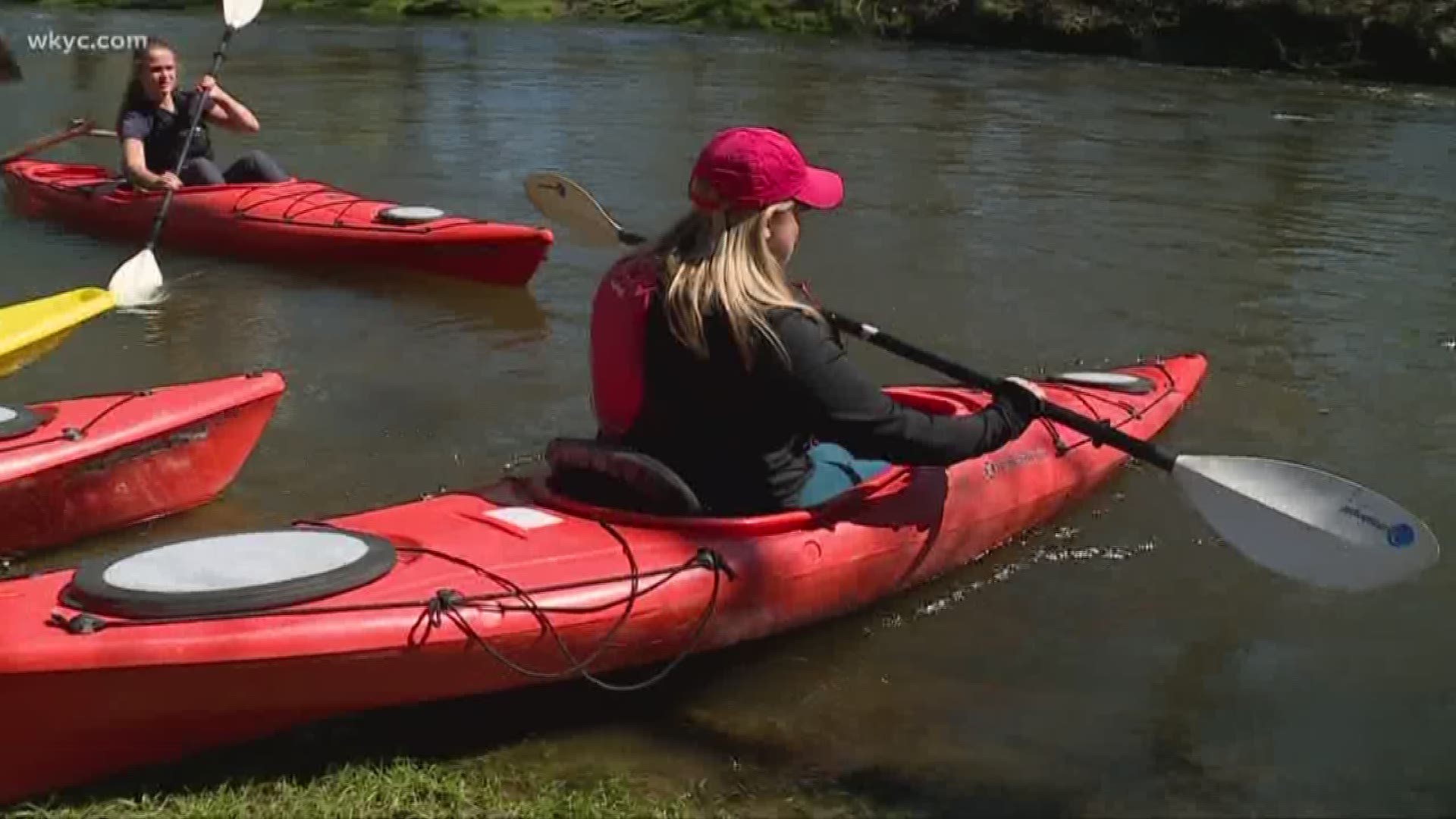 OHIO, USA — EDITOR'S NOTE: The video in the player above is from a previous, unrelated story.

More Americans are walking and biking to travel, but recent reports show a need for safer, more accessible and more convenient options for Ohioans who want to walk or bike to get where they need to go.

That's why the Ohio Department of Transportation worked to develop a first-of-its-kind program called 'Walk.Bike.Ohio.' The plan was built with input from local government partners, state agencies and Ohioans as well.

"Nearly one out of every 10 Ohio households does not have access to a motor vehicle, meaning active transportation options like walking and bicycling are necessary to meet basic needs," said Ohio Gov. Mike DeWine. "When we ensure that walking and biking are safe, convenient, and accessible options – everybody wins. The Walk.Bike.Ohio plan puts us on the right path to do that."

In the state of Ohio, those walking and biking make up about 14% of all traffic deaths, in spite of making up just 2.6% of trips to work. But not everyone is impacted equally. High-need populations and areas of the state see almost double the severe pedestrian and bike accidents that other areas do.

The 'Walk.Bike.Ohio' plan developed a framework for advancing transportation by taking note of existing conditions, identifying roles of its various partners and classifying responsibilities, while also outlining the critical actions ODOT needs to focus on over the next five years.

"Although the publication of Walk.Bike.Ohio is a major milestone for Ohio, it is just the beginning of the work necessary to achieve our vision," said ODOT Director Jack Marchbanks.

A study revealed that improvement is needed at the state, regional and local levels to develop bike and walking trails. The study also showed that dangerous crossings and deficient or failing sidewalks need to be addressed for obvious safety reasons.

"The development of Walk.Bike.Ohio has helped us to establish a statewide vision for walking and biking, informed by practitioners and the public. This plan outlines what ODOT will seek to advance over the next 5 years in order to improve walking and biking as a transportation option in Ohio,” said ODOT Active Transportation Manager Caitlin Harley.

An economic impact analysis conducted as part of the overall plan revealed that existing trips by foot or bike can save Ohioans $12.7 billion in transportation and environmental costs over the next two decades.

For more information on what ODOT will be focused on to support walking and biking in Ohio, check out the plan here.