The day aims to remind drivers to slow down and move over for any vehicle flashing lights on the roadside. 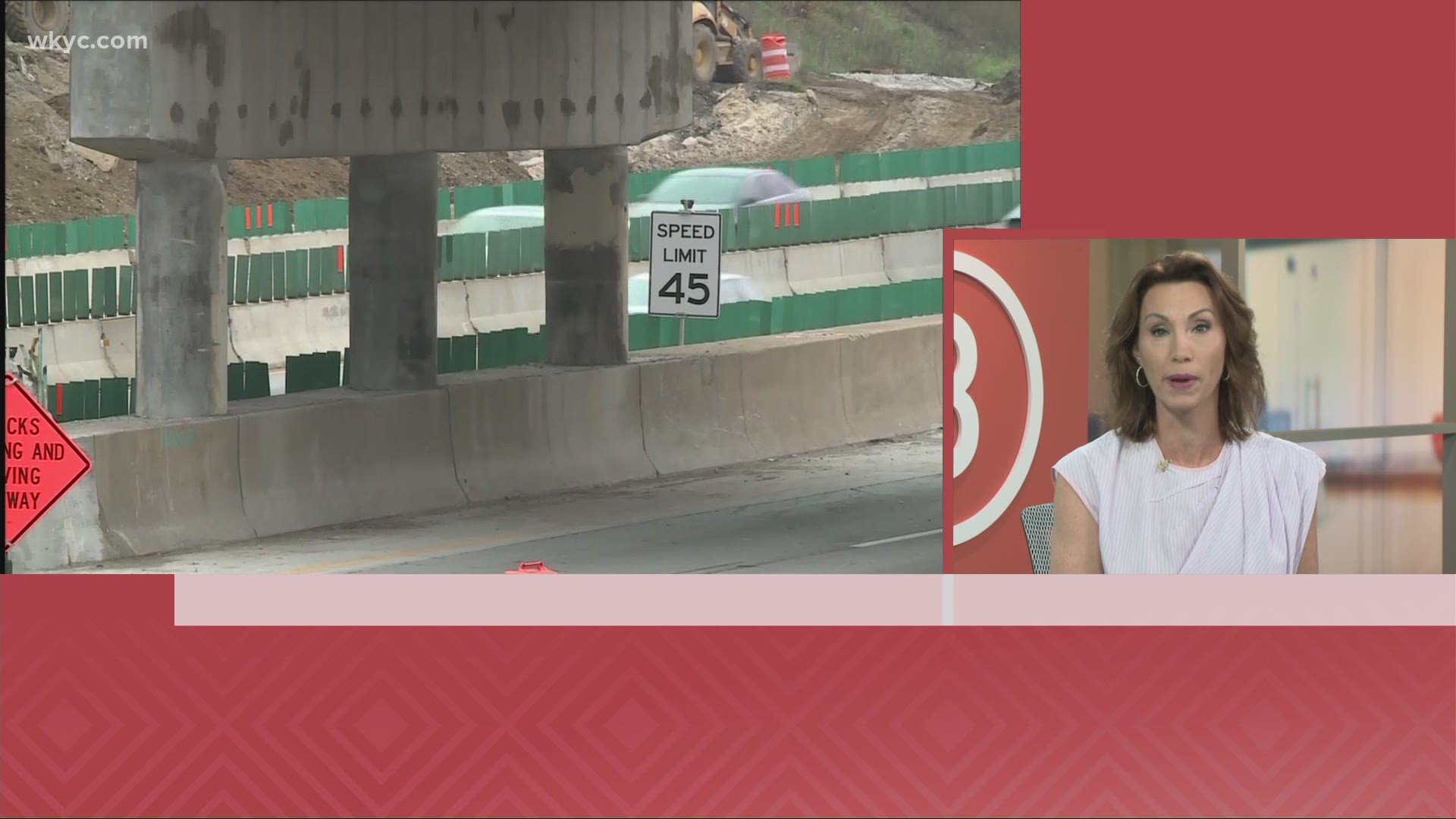 COLUMBUS, Ohio — *Editor's Note: The video in the player above is from a previous report.

“Move-Over Day” is intended to remind Ohio drivers to move over and slow down when they see a vehicle with flashing lights parked on the side of the road.

The efforts are intertwined with a more extensive multi-agency campaign. Each Monday, the agencies are encouraging social media messaging using the hashtags #MoveOverMonday and #MoveOverOhio.

“It’s alarming to see the rise of crashes happening throughout our state,” said Governor Mike DeWine. “It’s critically important that all drivers remember to avoid distractions, pay attention, and stay focused on the road.”

Glenn Ewing is one of the many who have lost their lives in Ohio due to drivers not moving over. On July 4, 2021, Ewing, a AAA tow provider was killed while placing a disabled vehicle onto his tow truck near Cincinnati.

“The men and women who work on our roads have a simple request for drivers: ‘Help us get home safe at the end of the day.’ Moving over and slowing down allows them to do that,” said ODOT Director Jack Marchbanks.

Lack of Understanding Among Drivers:

Many drivers throughout Ohio do not realize the importance of the state’s Move Over Law. The Ohio State University conducted a survey that found gaps in what Ohioans’ know about the law.

“Survey data shows that many Ohioans still don’t move over for tow truck operators, construction vehicles, or disabled vehicles,” said Executive Director Ferzan M. Ahmed, P.E., Ohio Turnpike and Infrastructure Commission. “Since 2015, two tow truck operators have been killed on the Ohio Turnpike. Their families will have to bear the loss of their loved ones for the rest of their lives. People have the responsibility to obey the law in order to keep all roadside workers and motorists safe from injury and death.”

The Move Over Law is not signature to Ohio as all 50 states and the District of Columbia have the law in place to protect individuals who are on the side of the road.

According to the press release, “Ohio’s law requires all drivers to move over and slow down for any vehicle parked on the side of the road with flashing lights, no matter the color of the lights or the number of lanes.”

New data from the AAA Foundation for Traffic Safety finds chilling results in understanding the law:

Nearly a quarter (23%) of drivers are unaware of their state’s Move Over law.

In addition, 42% of drivers who do not comply with Move Over laws at all times said they thought their behavior was somewhat or not dangerous at all to roadside emergency workers.

“The recent AAA Foundation data demonstrates that drivers may not realize how risky it is for those working or stranded along highways and roads close to moving traffic,” said Kimberly Schwind with the Ohio Conference of AAA Clubs.

Drivers are subject to charges and fines if they do not comply with the strictly enforced Ohio Move Over Law. Last year, the Ohio State Highway Patrol issued 7,829 citations for those who failed to abide by the law. This year, there have already been 3,576 citations.

“Moving over or slowing down for stationary vehicles with flashing lights isn’t just the law; it’s the right thing to do,” said Colonel Richard S. Fambro of the Ohio State Highway Patrol. “By motorists making this a standard practice, we can make Ohio safer for everyone working along our roadways.”

Videos and campaign materials are available for download MoveOver.Ohio.gov.