Did your Spirit flight get canceled? Request an 'involuntary refund' now 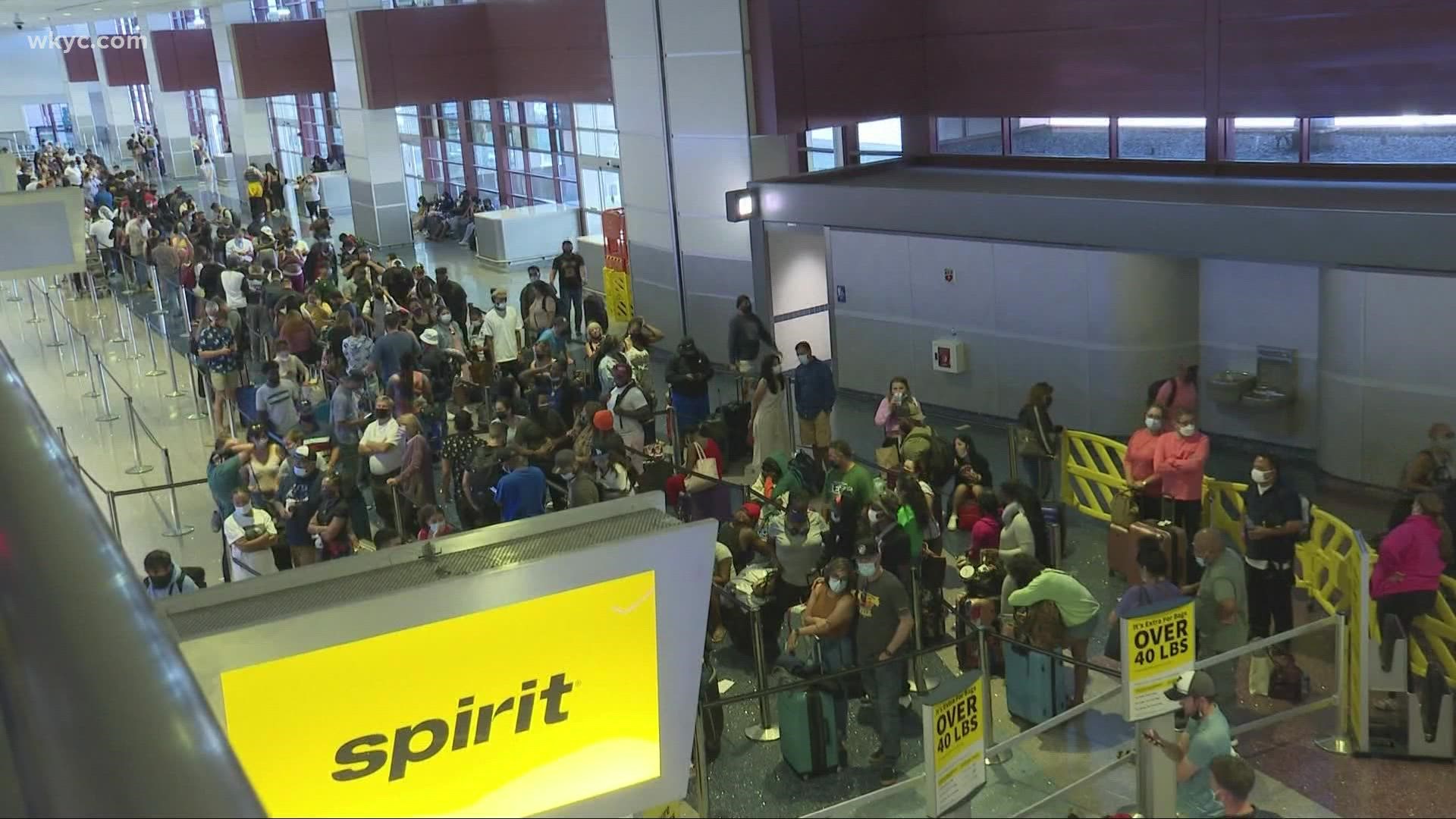 The budget airline canceled more than 400 flights, half of its daily schedule. Frustrated passengers are demanding to know when they'll be able to fly home.

"I need my medication," Cleveland native Wanda Heath, who is two days overdue for her flight back to her current home of Atlanta, said. "I only brought enough for the duration of my trip. I take seven medications for high blood pressure, diabetes and neuropathy."

Heath had back-to-back flights canceled in consecutive days, both in the middle of the night. In Orlando, Sharian Coleman is struggling to get back to Cleveland, having been stuck in Florida since Monday.

"Just being in another state, I don’t have anyone close to call," she told 3News. "I stood in line a total of 12 hours before I talked to an agent."

And in Los Angeles, a pregnant Cleveland woman has been stranded at LAX for five days. She and the others are just a few of the thousands of passengers affected by more than 1,700 scrubbed flights since Sunday, with Spirit blaming the operation meltdown on a series of issues including weather, technology and staffing shortages. The airline pledged it is "working around the clock to get back on track," but passengers still may not get full restitution.

Spirit offered Heath a $50 voucher toward a flight on a different airline, but she turned it down. Katie Gowans of Massillon took the money, but still spent an extra $300 on another flight to get her and her daughter home from Myrtle Beach.

"It's very frustrating, especially with kids sitting at airport for hours and hours, Gowans said. "It's a smack in the face and I want all my money back."

But there is some light at the end of this tunnel. The president of Flyers Rights -- a non-profit consumer group -- says if an airline cancels your flight, you can demand a full refund.

"They'll say, 'We'll give you a voucher or a credit, or a later flight,'" Paul Hudson explained. "You need to ask for what’s called an involuntary refund."

"Involuntary refund," according to Hudson, are the magic words. If you're stranded at the airport, you can also take your ticket to another airline counter and see if they'll honor it. They don’t have to, but some will voluntarily honor the ticket, get you to your destination and back-charge the defaulting airline for the expense.

In addition, you can make a complaint with the U.S. Department of Transportation here.

RELATED: Norwalk man who allegedly groped, assaulted flight attendants is duct-taped to his seat by passengers