One video shows the lead flight attendant saying he won't tolerate disrespect by passengers for the crew. The flight was diverted to Raleigh due to weather. 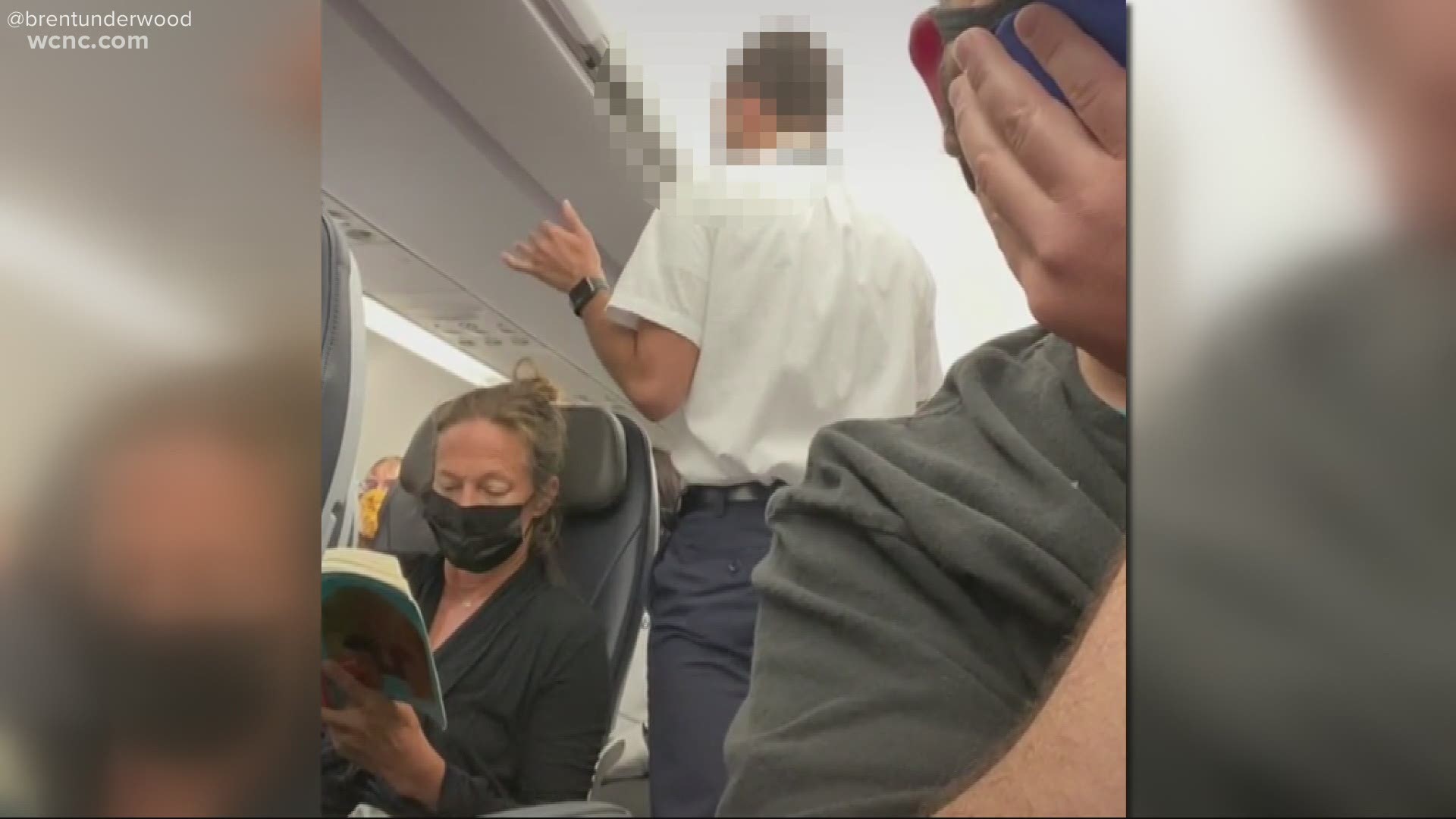 RALEIGH, N.C. — An experience on an American Airlines flight is going viral online for a North Carolina man after a flight attendant got on the intercom and called out some passengers that were allegedly being rude during a delay.

A series of videos on TikTok showed Brent Underwood’s experience on a flight from Los Angeles to Charlotte that had to be diverted to Raleigh due to inclement weather on June 7.

“It was the end of a first family vacation we had a chance to take since the pandemic,” Underwood said Thursday. “We had a great trip. The last leg of the flight was from LAX to Charlotte.”

Underwood said the trip started normally, but once they got to the Charlotte area, the flight had to be diverted to Raleigh because of the weather and lack of fuel.

He said the flight crew was great to be around and once they refueled, the crew said they were waiting for the weather to clear so they did not have to circle in the air around Charlotte.

It was at that point, Underwood said, that a man two rows behind him started yelling at a flight attendant.

“She asked him to put his mask on,” Underwood explained.

According to the Bladen County native, the man then started saying rude things to woman.

“It was pretty crazy,” Underwood said. “She walks up to the lead flight attendant and tells him what’s going on.”

It was at that point Underwood captured the lead flight attendant getting on the intercom, saying he won’t tolerate disrespect to his flight crew. The video has since been viewed more than 600,000 times.

Another video captured by Underwood shows another passenger calling a flight attendant a “drama queen.”

Since then, Underwood has had thousands of people view the four videos.

He said he has no intention of having the flight attendant lose his job for what was said over the intercom by posting the video.

“These people are just trying to make a living, and they’re not here to be your punching bag,” Underwood said.

After the experience, he said his wife reached out to American Airlines to commend the flight crew. Underwood said the company reached back out, appreciating her remarks.

American Airlines also issued a statement to WCNC about the incident.

"We take the health and safety of our customers seriously, and our crewmembers work hard to uphold the federal mask mandate that remains in effect on aircraft and in airports. We value the trust our customers place in our team to care for them throughout their journey, and we expect those who choose to fly with us to treat each other - and our team members - with respect."

Snopes first reported on the incident on June 9. You can view the agency's report by clicking HERE.