There have been complaints that employee parking takes up more space, and patrons spillover from events a hotel adjacent the airport. But there's a simple answer. 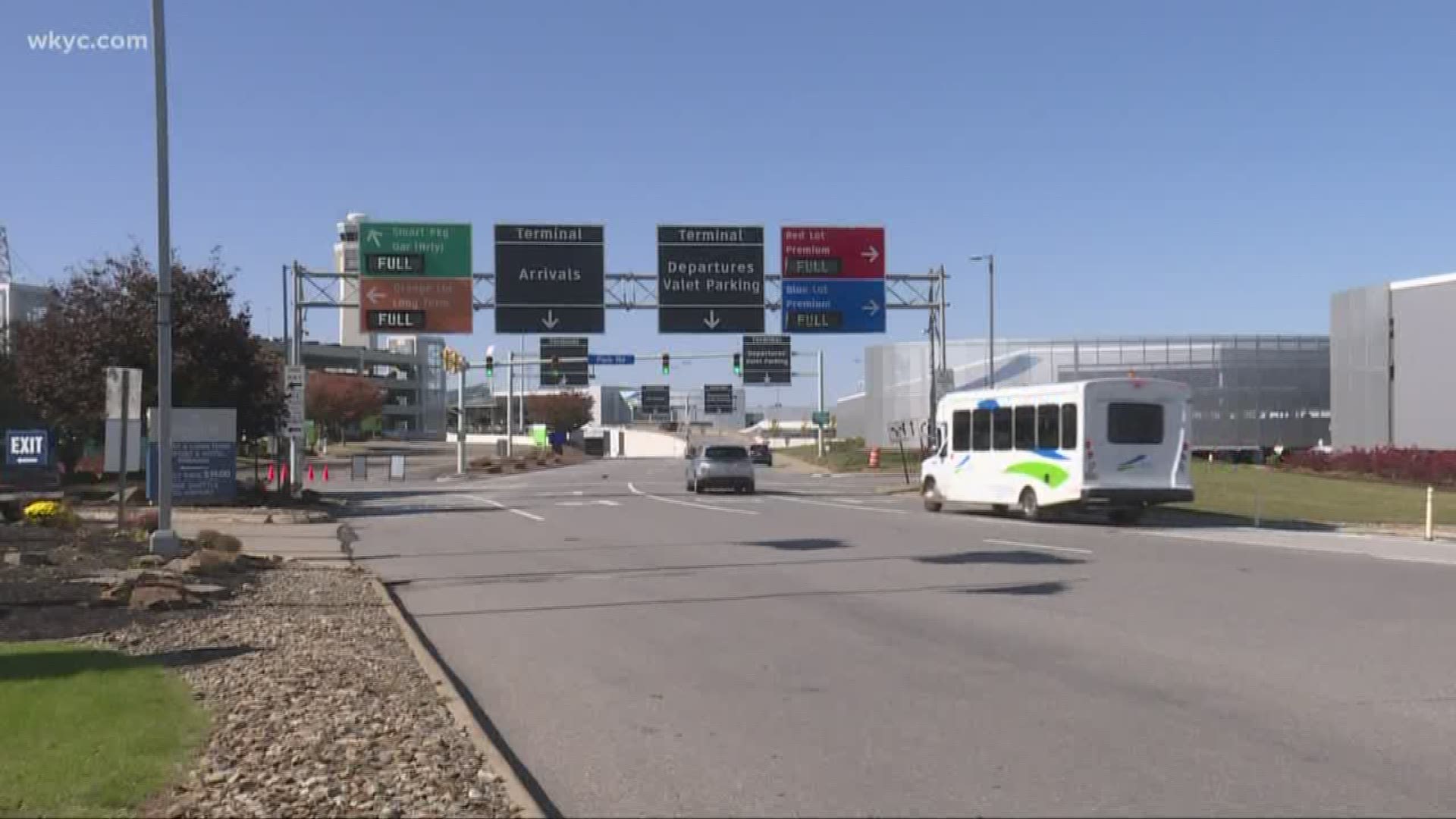 CLEVELAND — If you were a passenger looking to catch a flight early Wednesday, I hope you got a ride to the airport. The lots at Hopkins were full to capacity – an occurrence that’s happening more often.

There have been complaints that employee parking takes up more space, and patrons spillover from events at the Sheraton adjacent the airport. But the simple answer, the airport is getting busier.

“Our airport is significantly different than it has been in the past,” said Robert Kennedy, Director of Airports for Cleveland’s Department of Port Control.

He added, “The majority now are coming through our front doors where in the past a large percentage of our passengers were guests that never came to [the ticketing] side of the airport.”

According to Kennedy, the airport is on pace to service more than 10 million passengers this year, rivaling numbers not seen since 2008. But the number of local passengers has changed drastically. And that makes a big difference.

“Now, 97% of the people come and leave through these doors,” Kennedy said, referring to passengers who originate or end their trip in Cleveland. “It’s a different impact. It’s an impact on our roadway, impact on our parking, impact on our security checkpoints.”

And it’s being felt by passengers.

“I circled like 5 or 6 times hoping to find a lot free up,” said Alexander. “And finally, I went to one that said it was full and just circled until somebody left.”

She says that little game cost her at least 25 minutes – a lot of time for anyone in a hurry to catch a flight.

She added, “you try to give yourself enough time. But when this happens, you’re pressed even further.”

Despite complaints about parking filling up more often, Kennedy says customer satisfaction survey scores are higher than they’ve been in a decade. That’s a stat staff at the airport and airlines are proud of. But they also understand there’s work to be done.

The airport is spending $4.5 million to a firm to develop a master plan that would guide the airport for the next 25 years. The plan will include ideas for the concourses, gates, and airfield as well as the parking lots and other airport property. It will take about 18 months for that plan to be complete.

“I come from the world’s busiest airport,” Kennedy said, referring to his tenure at Atlanta’s Hartsfield-Jackson Airport. “We had tens of thousands of people take the train every day. I’d love to have more people take RTA.”

But some people say that’s not an option for them. Instead they’d rather see improvements and solutions come sooner than later.