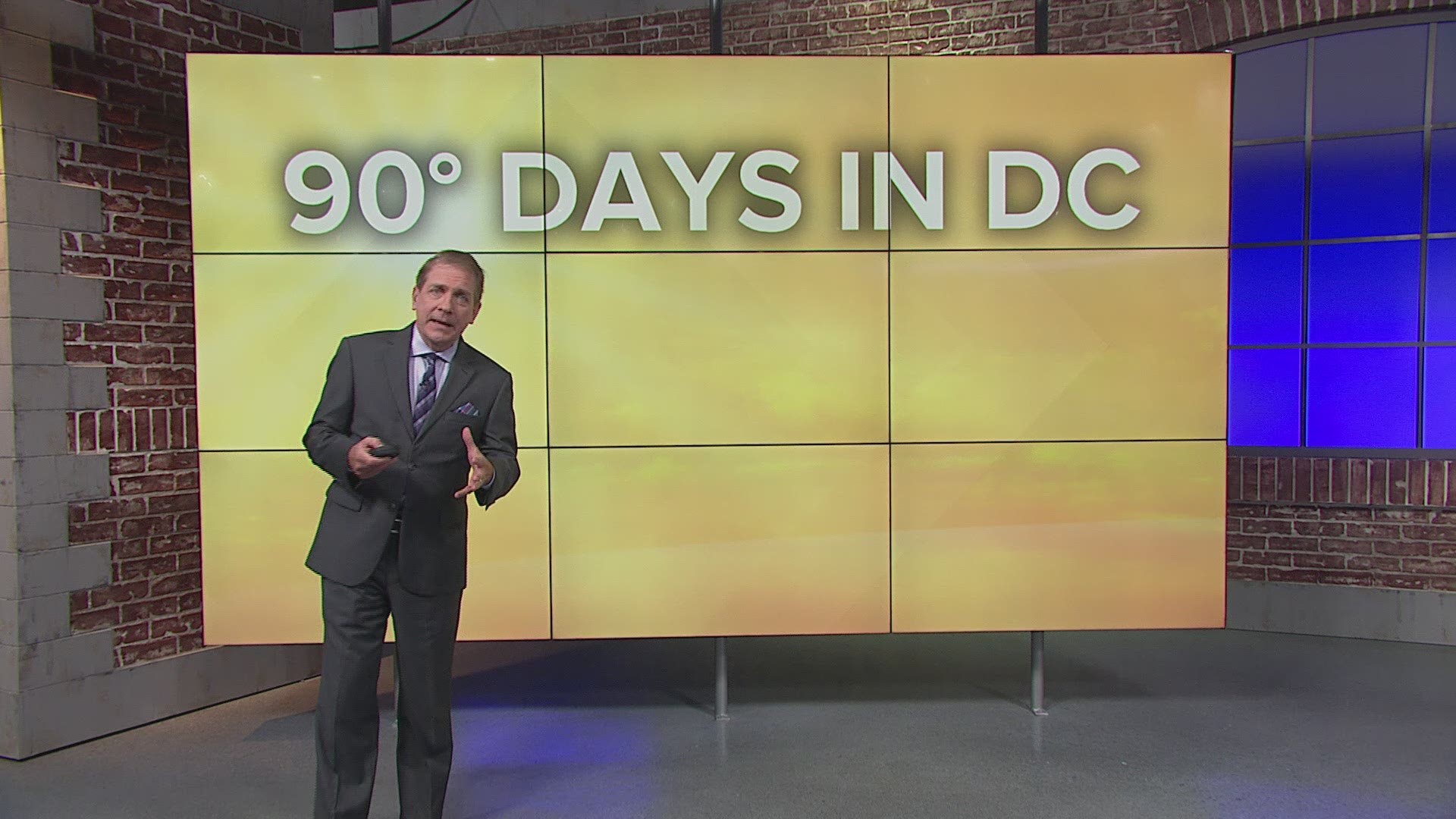 On average, D.C. sees 36 days of 90+ temperatures for the entire year.

RELATED: A shower or storm possible Friday in MD, VA and DC

All the temperatures we’re referencing were taken by the National Weather Service at Reagan National Airport.

RELATED: Here's how 2019 in DC matches up against its wettest year on record

RELATED: How to customize the stories and alerts you get from WUSA9