Authorities in northern Spain say firefighters have found the body of a driver whose car was swept away by flash flooding caused by intense and sudden downpours. 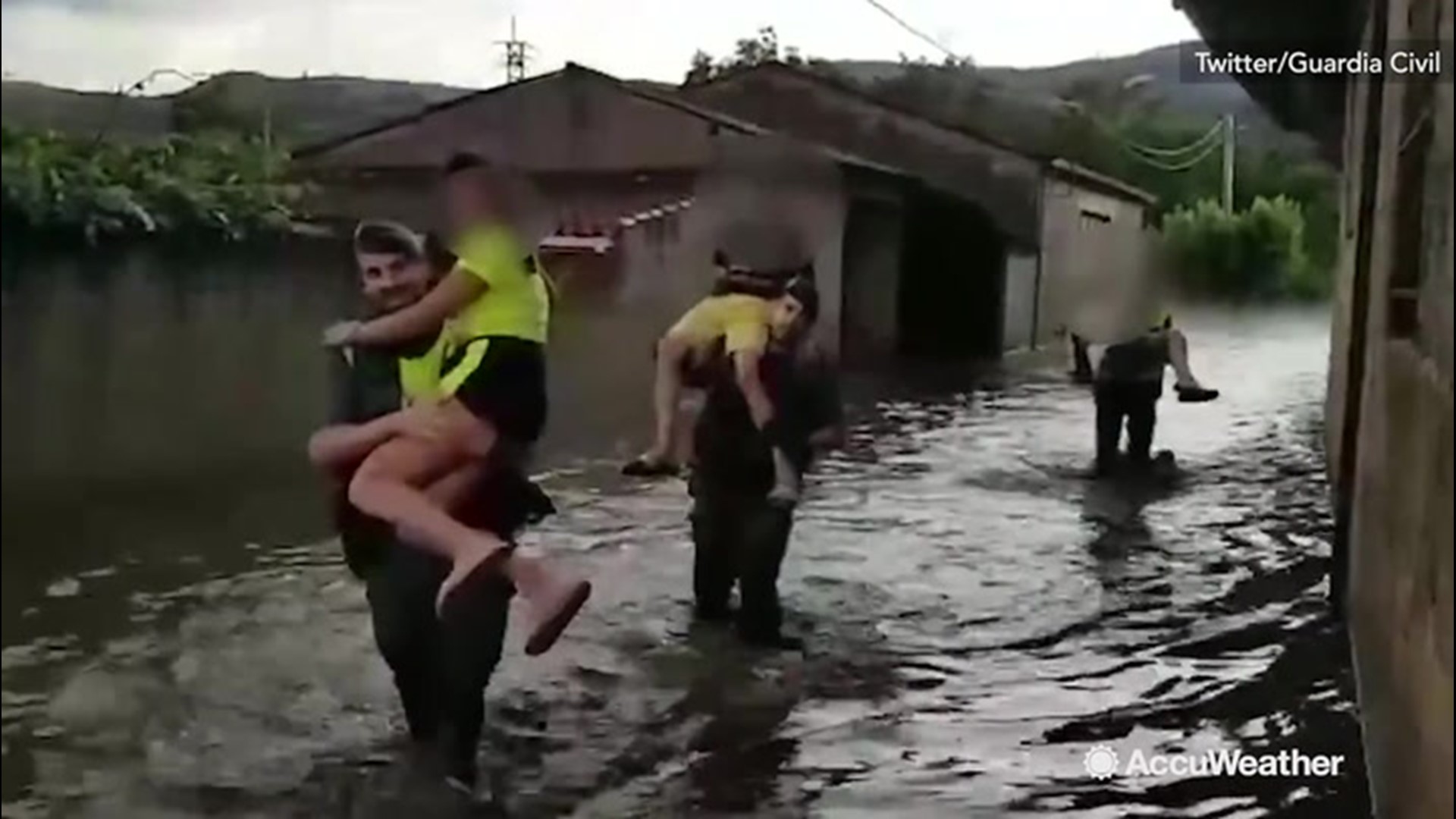 MADRID, Spain — The Monday evening rainfall, at times accompanied by hail, led to road closures and power cuts in various parts of Spain, but in the northern town of Tafalla it caused the overflowing of two local rivers.

Access to the town of 10,000 wasn't cleared until the early hours of Tuesday, the government of the Navarra region said, adding that a major railway line had also been disrupted.

In nearby Pamplona, a Tuesday evening bullfight during the city's famous San Fermin festival had to be suspended because of the rain.

The national weather agency, AEMET, is warning that more downpours are expected on Tuesday.