Strong to severe storms continue to push through Central Texas

Several cold fronts could bring the potential for scattered showers and storms this week.

AUSTIN, Texas — Editor's note: This blog is no longer active. For updates on the storm system expected to move into Central Texas on March 24 and March 25, check out KVUE's weather blog.

1:50 p.m. – The strong line of storms moving east through Hays and Caldwell counties contains wind gusts up to 60 mph and the potential for golf ball-sized hail. This system is moving east at 40 mph.

The strong line of storms moving east through Hays and Caldwell counties contains gusts up to 60 mph and the potential for golf ball-sized hail. This system is moving east at 40 mph. See graphic for timeline of when these storms could be moving into your area. #atxwx #txwx #kvue pic.twitter.com/T2DzCRJYi4

1:32 a.m. – The National Weather Service says that the rotation associated with the Tornado Warning in parts of Hays County has weakened and been replaced by a Severe Thunderstorm Warning capable of producing 60 mph winds and quarter-sized hail.

1:30 a.m. – A Severe Thunderstorm Warning is in effect for Hays, Bastrop, Caldwell and Travis counties until 2:30 a.m.

12:40 a.m. – A Severe Thunderstorm Warning is in effect for parts of Blanco and Hays counties until 1:30 a.m. Sixth mph wind gusts and hail up to a quarter-size is possible.

12:35 a.m. – Several buildings along Highway 29 in Bertram have been severely damaged. There have been unconfirmed reports of a tornado, but there has been no official confirmation. KVUE's Luis de Leon took this footage from the scene:

A few more lights out now and you can see just how damaged this building is. @KVUE @Hunt_Wx pic.twitter.com/295yJwlWTc

(NOTE: On Tuesday, the National Weather Service said the damage was caused by straight-line winds, not a tornado.)

11:45 p.m. – A Severe Thunderstorm Warning is in effect for Milam County until midnight. Storms moving through Travis County are currently below severe levels.

A Severe Thunderstorm Warning is also in effect for southern Gillespie County until 4 a.m., as storms develop farther west.

11:20 p.m. – The storms moving into the Austin metro area are below severe limits, but residents should still expect the possibility of heavy rain, lightning, gusty winds and even some small hail.

11:16 p.m. – Severe Thunderstorm Watch extended farther east across the KVUE viewing area. It is set to expire at 4 a.m. as the potential for large hail, gusty winds and tornadoes continues.

The Severe Thunderstorm Watch has been extended farther east across the KVUE area. Expires at 4 AM as the potential for large hail, gusty winds, and a couple tornadoes continues. #atxwx pic.twitter.com/bIW243iFdx

TORNADO WARNING issued for parts of Williamson County until 11:15 PM. Please take shelter immediately in this area in an interior room with as many walls between the outside and yourself as possible. Storm is moving east at 40 mph. Live coverage now on KVUE. #atxwx pic.twitter.com/wOW95h4dcu

The Storm Prediction Center has upgraded the severe threat with a "slight risk" for severe storms to now include parts of Williamson and Milam counties.

Rain and storms will continue to push eastward through late Monday night, but additional storms could fire up behind the first round into the early overnight hours.

The bulk of the rain and storms should be over by around 3 or 4 a.m. Tuesday.

Tuesday will briefly trend drier with a mostly sunny sky for the afternoon and highs in the 80s. The second system arrives mid-week, bringing more showers and storms and another chance that a few storms could be strong to severe.

We'll be tracking that system with further details as it develops, but for now, plan on the possibility of rain and storms Wednesday through Thursday morning.

Overall, it looks like rainfall totals next week will be in the half-inch to inch-and-a-half range. This is great news as Central Texas is currently under a moderate drought with a severe drought starting to build in for parts of the KVUE viewing area.

The extended forecast can be found below: 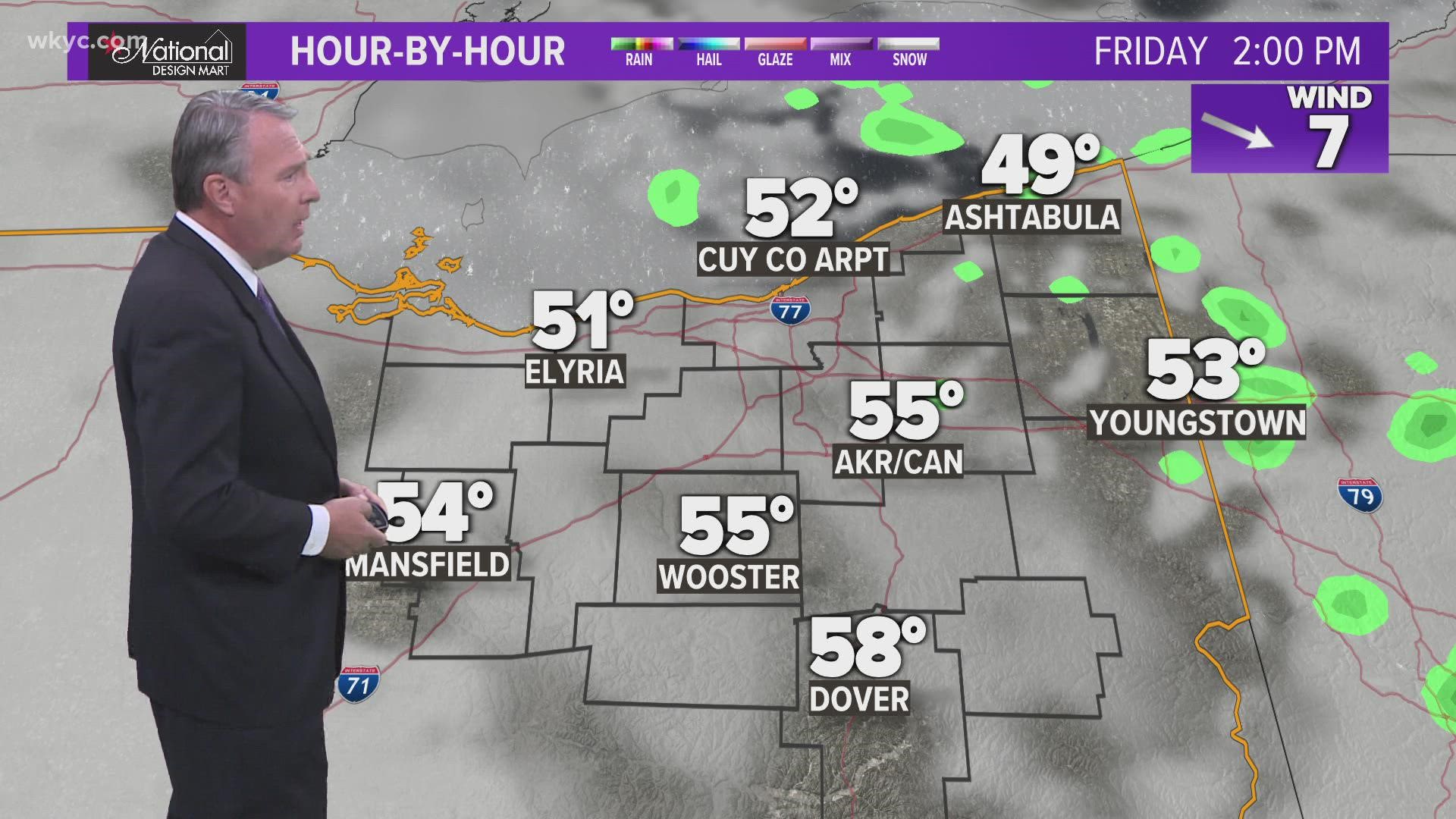