Forecast | A cloudy and cool weekend feels like fall weather in Northeast Ohio with your forecast for Saturday, October 24 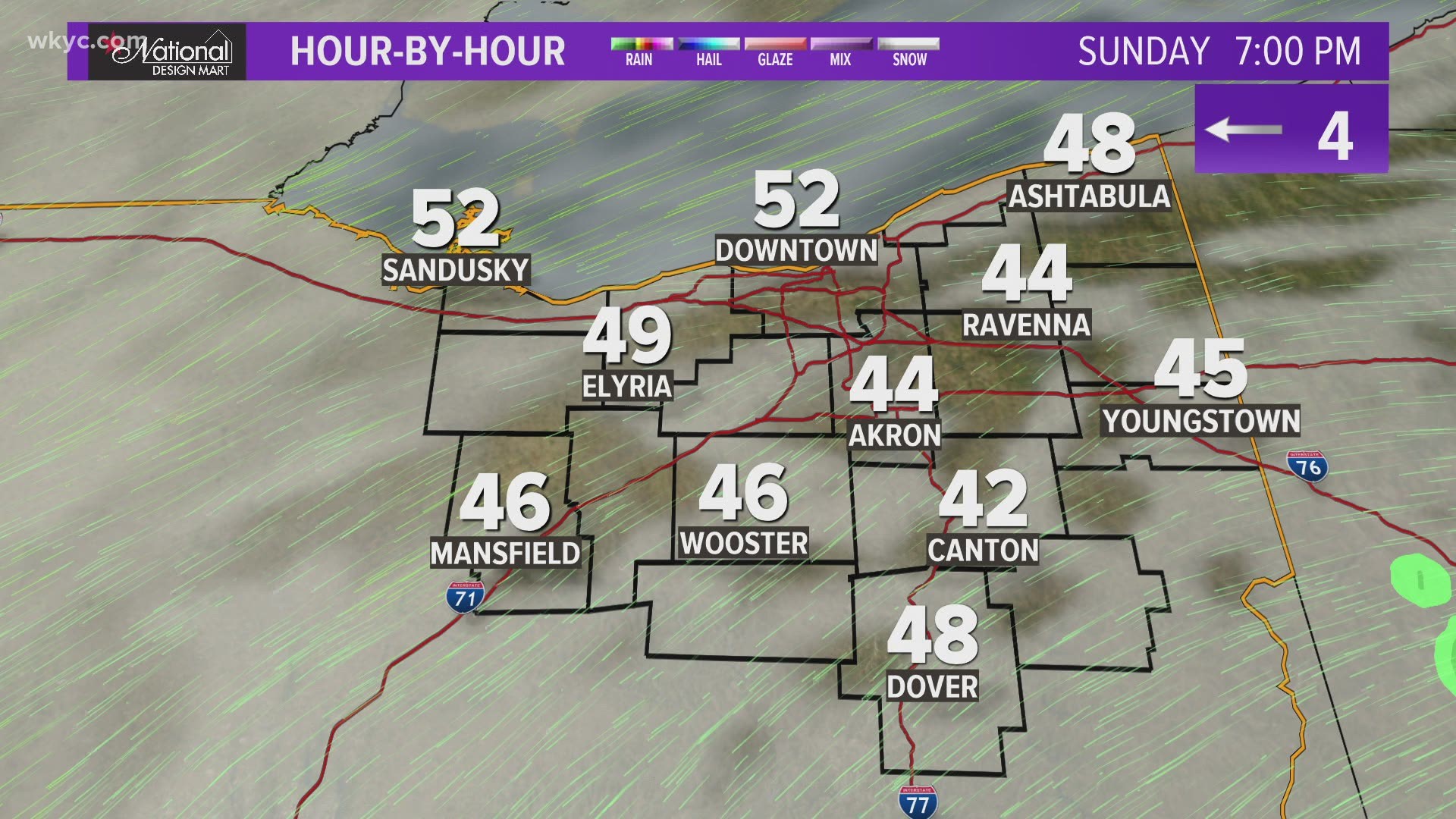 CLEVELAND — Saturday promises to be cloudy and much cooler with scattered showers in Northeast Ohio, with a high temperature of 46 degrees Fahrenheit.

By nightfall, expect clearing skies with widespread frost away from the lake, and a low of 36 degreees.

Sunday will bring partly cloudy skies and cool temperatures, with a high of 52 degrees.

TODAY: Cloudy and cool with a few showers. High 46.