Get ready... We're monitoring our first significant winter storm of the season that will impact all of Northeast Ohio with accumulating snow. 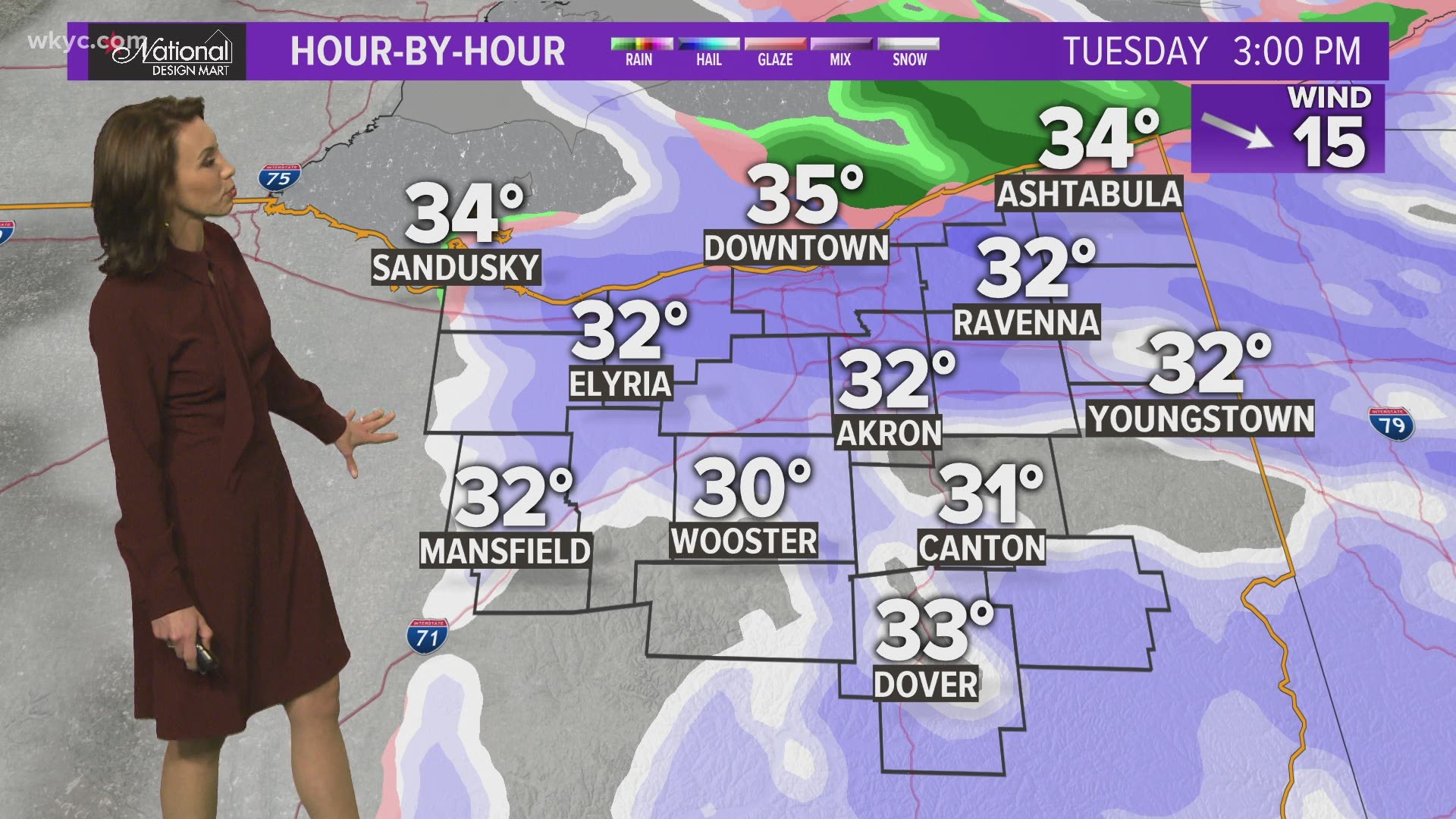 Our first impactful snow event of the season is almost here, and it's expected to dump heavy snow throughout Northeast Ohio late Monday into Wednesday.

“This is going to be that heavy, heavy snow,” 3News meteorologist Hollie Strano said early Monday. “The kind of snow that you really have to be careful as far as shoveling and things like that.”

Strano said northern counties can expect 5-9+ inches of snow. Areas further inland are predicted to get 3-6 inches. The far southeast section of the 3News viewing area, however, can expect 2-4 inches.

If you have to go out in the snow, ODOT is asking all drivers to be mindful of the plows and to keep enough distance. Be careful out there!

"Travel could be very difficult to impossible," the National Weather Service warns.

There are also a series of weather alerts from the National Weather Service that have been issued throughout the area. You can see how your area is impacted by scrolling through the weather alerts below.

WINTER STORM WARNING: In effect from 7 p.m. Monday until 10 a.m. Wednesday. 3News' Hollie Strano said these areas can expect to see 5-9+ inches of snow. “Travel could be very difficult to impossible,” according to the National Weather Service:

CURRENT WEATHER ALERTS | See how your area is impacted