More than 7,000 customers are without power according to FirstEnergy. 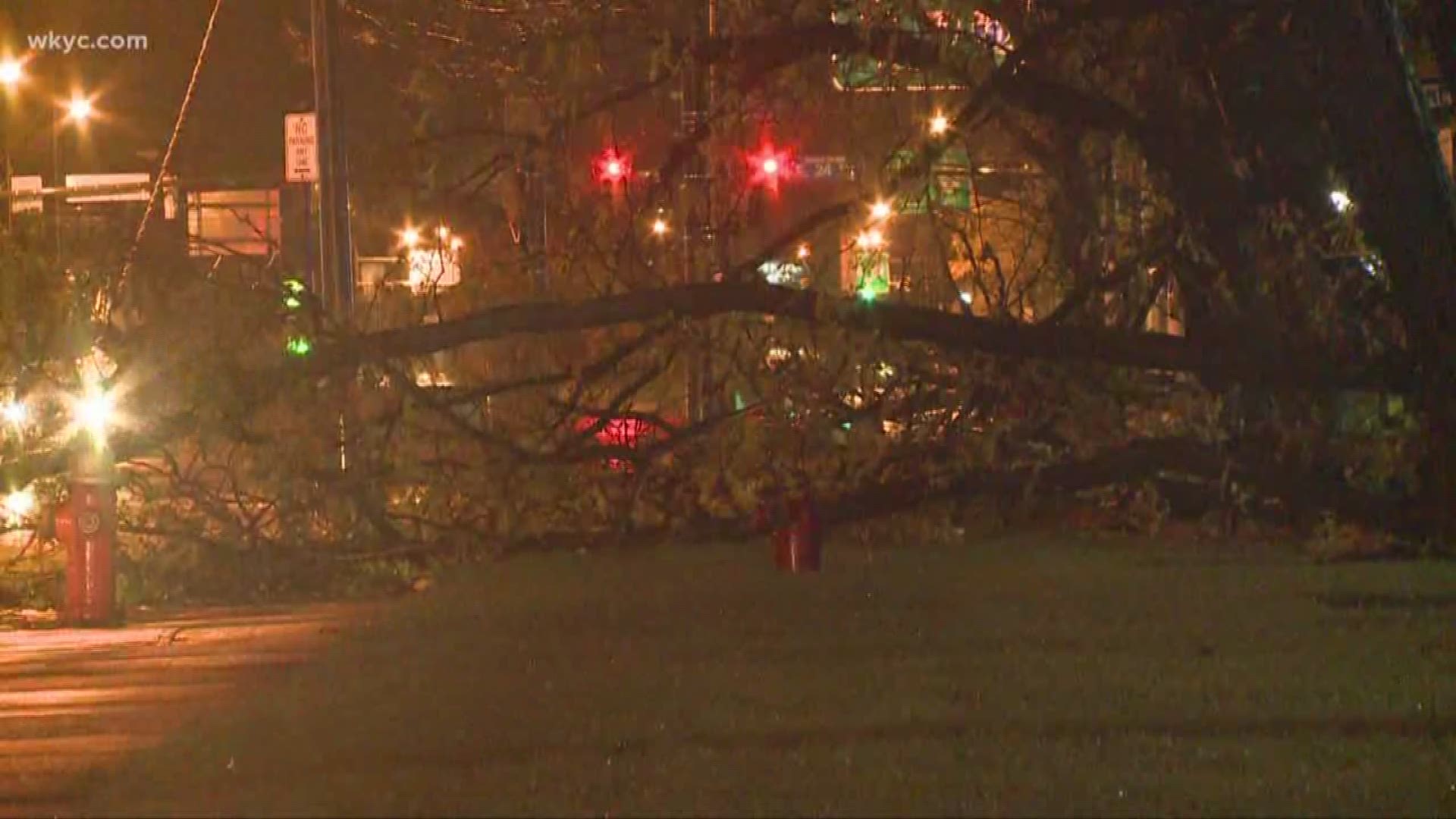 CLEVELAND — November has arrived and it certainly did not come quietly.

As the calendar turned from Halloween to Thanksgiving season, the weather also shifted from chilly and damp to cold, windy and snowy.

Winds also caused a tree to fall on Cleveland State University's campus at E. 22nd Street, while the area of Manor Park and Clifton Boulevard in Lakewood is also closed due to a fallen tree.

Wind also created issues on Cleveland's east side, where a fire occurred at Woodland Avenue and E. 65th Street. Crews managed to put the fire out, but winds caused it to reignite around 2 a.m.

See the major power outages below:

RELATED: SNOW IS BACK! Parts of Northeast Ohio experiencing first flakes of the season

The high winds have knocked down trees and street signs in some areas. In Lakewood, this tree down has closed the area of Manor Park at Clifton Boulevard. Crews on scene told 3News that some residents might be without power for awhile while they attempt to reroute power.

In Mentor, a fallen tree has closed a portion of state Route 306.

We also noticed this light pole down in the area of E. 37th Street and Woodland Avenue on Cleveland's east side.

We also took a look at how the high winds were impacting the waves along Lake Erie at the E. 55th Street Marina in Cleveland. Here was our live stream on YouTube.