Area in Gulf of Mexico has low chance of development, but will likely bring rain to Southeast Texas

BEAUMONT, Texas — An area in the Gulf of Mexico is being watched for possible tropical development, though the chances are very low.

The system is expected to move toward the Texas coast early this week, late Monday or Tuesday.

The National Hurricane Center gives the disturbance a 10% chance for development as it moves west across the Gulf toward Texas. The system is sheared due to upper-level low pressure.

While tropical development is unlikely, the system is expected to enhance rainfall across Southeast Texas this coming week.

Tropical Storm Humberto remains well off the Florida coastline, but the storm is forecast to intensify into a hurricane threatening Bermuda.

Humberto is expected to make a sharp eastward turn late Sunday or Monday and head toward Bermuda as a possible hurricane Sunday night.

Another tropical disturbance in the central Atlantic is being monitored and could strengthen into a tropical depression this week.

The cluster of storms is located between the Cabo Verde Islands and the Lesser Antilles. It is currently moving west-northwest across the Atlantic.

The system will likely become a name storm over the next five days. The European model shows it staying out of the Gulf of Mexico for now and curving back north offshore from the Southeastern United States.

September is the peak of hurricane season. The National Oceanic and Atmospheric Administration predicted 10 to 17 named storms. It says five to nine of them will become hurricanes and two to four of those would become major hurricanes with 111 mph winds or high. 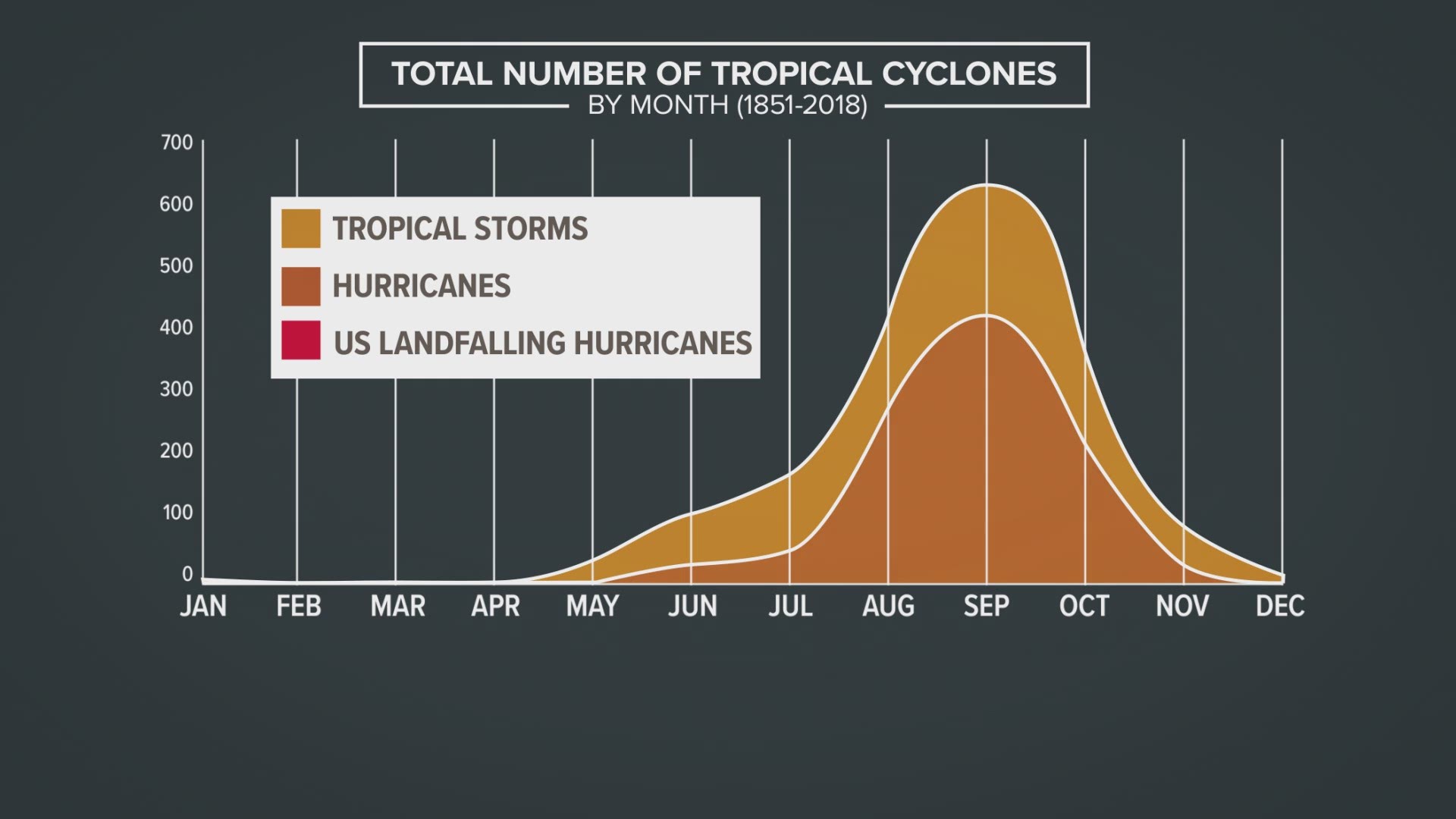 Dorian was the first major hurricane of the 2019 season. There have been seven storms to be named so far in 2019. Tropical Storm Barry threatened Southeast Texas before turning and hitting south Louisiana.

RELATED: 'I got my boat. That's all I need': Man rides out Hurricane Barry in his houseboat