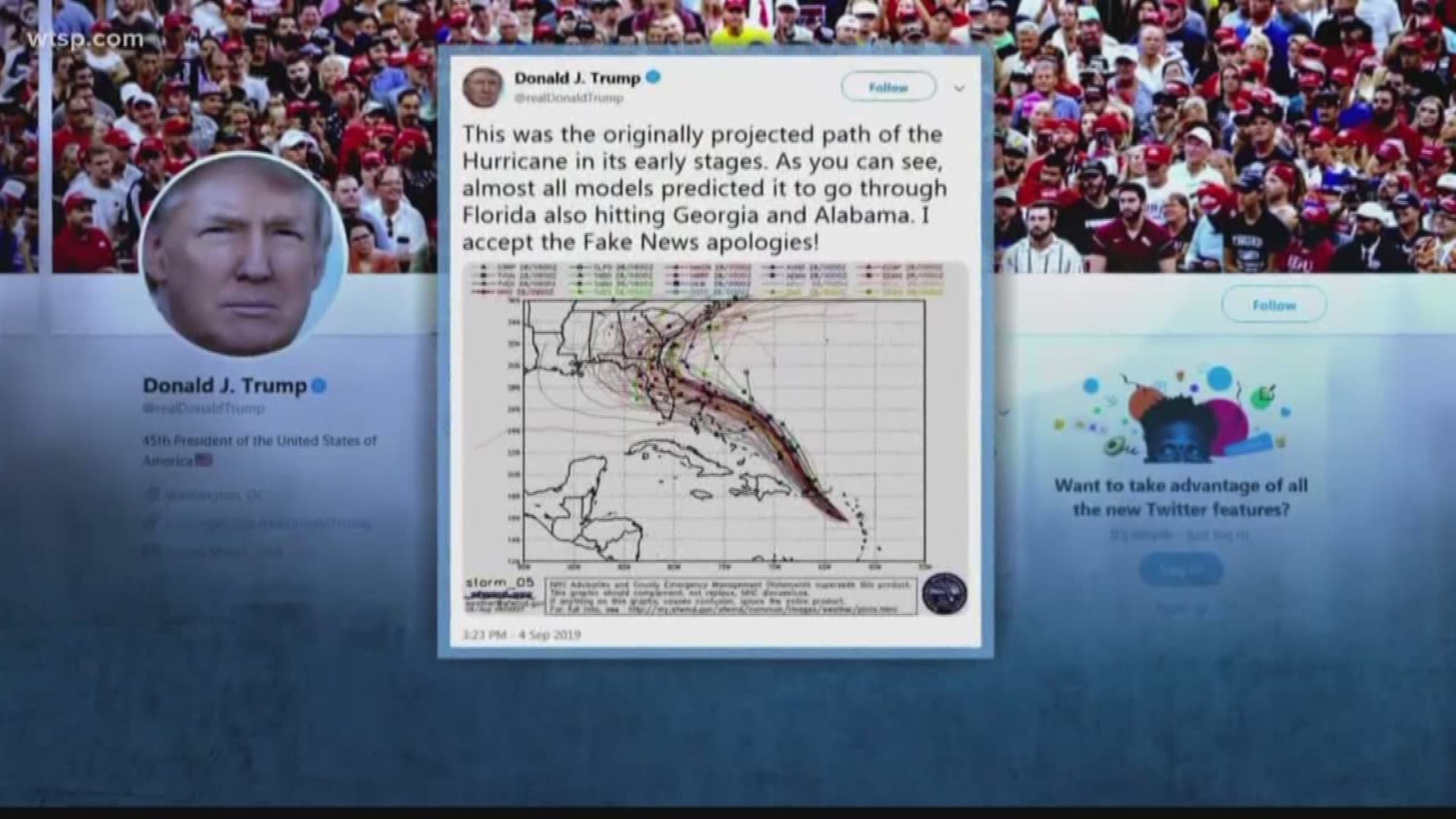 RUSKIN, Fla. — A statement put out by the nation’s top scientific weather agency reportedly is being examined in the days after it supported President Donald Trump's claim Hurricane Dorian was heading toward Alabama.

The message from NOAA contradicted local forecasters with the National Weather Service in Birmingham who said Alabama was not at risk.

At least two Democratic lawmakers are now calling for the resignation of Department of Commerce Secretary Wilbur Ross who, according to reporting in the New York Times, threatened to fire top NOAA employees unless they “fixed” the contradiction.

The Commerce Department is denying that accusation.

Forecasters from the National Weather Service office in Birmingham on Sept. 1 tweeted: “Alabama will NOT see any impacts from #Dorian. We repeat, no impacts...”

The following week, NOAA sent this statement, in part, calling out the Birmingham meteorologists and saying the tweet spoke in “absolute terms inconsistent with probabilities from the best forecast products available at the time.”

Forecasters across the country took issue with it, calling it politically motivated and disgusting.

The President of the National Weather Service Employees Organization is from the Tampa Bay area and says if the public doesn’t trust urgent weather warnings, it could cost lives.