Ida made landfall as one of the strongest hurricanes to ever hit Louisiana, based on wind speeds.

Credit: Jobin Panicker/WFAA
A tree was seen knocked down on top a car in downtown New Orleans on Monday, Aug. 30, 2021 after Hurricane Ida passed through the area the day before.
Author: WFAA Staff
Published: 3:57 PM EDT August 29, 2021

Texas first responders are getting ready to help their Louisiana neighbors deal with the aftermath of Hurricane Ida, as the historically strong Category 4 storm makes its way through the state following landfall late Sunday morning.

Here's what groups are helping in Louisiana:

"Our team is organized and ready to assist the residents in areas affected by the storm," officials said.

The Frisco Fire Department also sent three of its members as part of that task force to help with the aftermath.

"These firefighters are in support of all Gulf Coast residents and beyond impacted by this storm. Prayers for safety for all," the department posted on its Facebook page.

Allen's assistant fire chief has also been deployed near Terrebonne Parish with the task force to lead a team in the area to respond to emergencies as a Rescue Squad Officer, officials with the Allen Fire Department said Monday. He has previously deployed to other hurricanes like Harvey.

FEMA officials said they had deployed 2,400 employees across Alabama, Georgia, Louisiana, Mississippi, Florida and Texas to handle the storm's aftermath, with 12 urban search and rescue teams.

The Texas Division of Emergency Management has resources to send to Louisiana. Abbott announced Monday morning he sent a Chinook helicopter, 14 crew members, 30 Type 1 fire engines and 132 firefighters from the Texas Intrastate Fire Mutual Aid System to Louisiana after the state requested help.

"The State of Texas is proud to support our neighbors in Louisiana by sending emergency resources and personnel to assist with the aftermath of Hurricane Ida," Abbott said. "We will never forget the kindness, generosity, and support offered by the people of Louisiana during Hurricane Harvey four years ago, and we are eager to support them in their own time of need."

Louisiana Gov. John Bel Edwards said Sunday afternoon that there were already 900 people from crews across the country staged in the area to conduct search and rescue operations.

"There is always light after darkness, and I assure you we're going to get through this," Edwards said.

The Salvation Army of North Texas is also preparing to help out as needed, with two canteens, which are emergency disaster feeding units, on standby to help areas that need it.

Famous chef José Andrés and his World Central Kitchen were in New Orleans Sunday with three kitchens and supplies for 100,000 meals ready to go ahead of the storm, he tweeted.

Hello friends of @WCKitchen! I’m on the ground in New Orleans with @natemook & WCK’s Relief team…Winds are getting bad as Hurricane #Ida makes landfall…We have 3 kitchens ready with supplies already for 100,000+ meals! Now we will shelter until Ida passes… #ChefsForLouisiana pic.twitter.com/QQ7YR89zyn

Many @TXBaptistMen volunteers have been with the organization for years. A few told me they don’t schedule vacation this time of year
b/c they could be called to leave at any time. Big ❤️‘s headed to #Louisana! #IAmUp @WFAADaybreak @wfaa pic.twitter.com/B6Nx6IDwL4

Oncor officials said early Monday they were sending 135 personnel and contact support to Louisiana to help restore power to the nearly 1 million people who were without. Many people lost power after a major transmission tower that serves most of Orleans and Jefferson parishes was knocked into a river, WWL reported.

Watch live coverage of the storm from WWL and WFAA below: 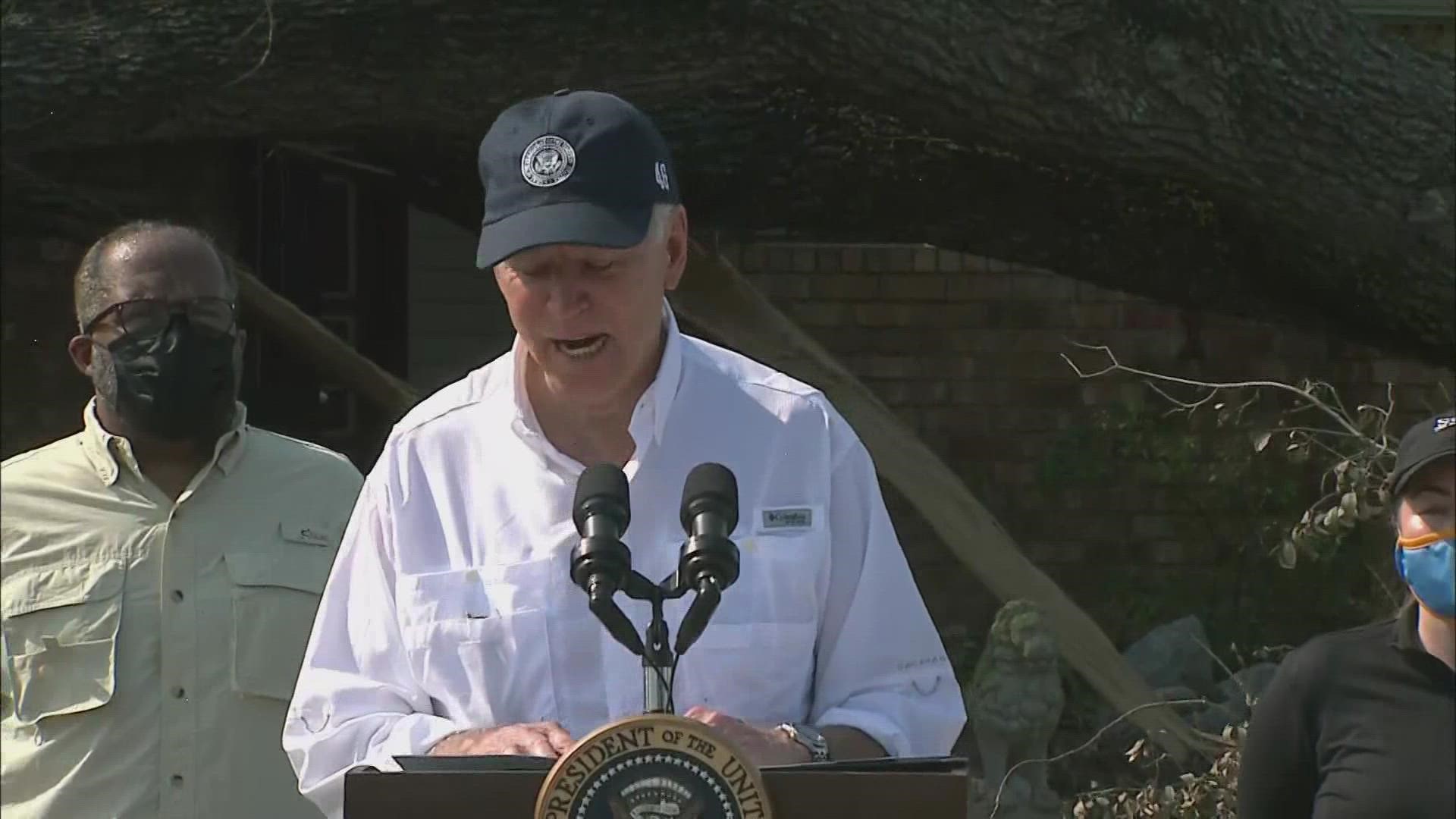