Storm is expected to make landfall near Morgan City, Louisiana 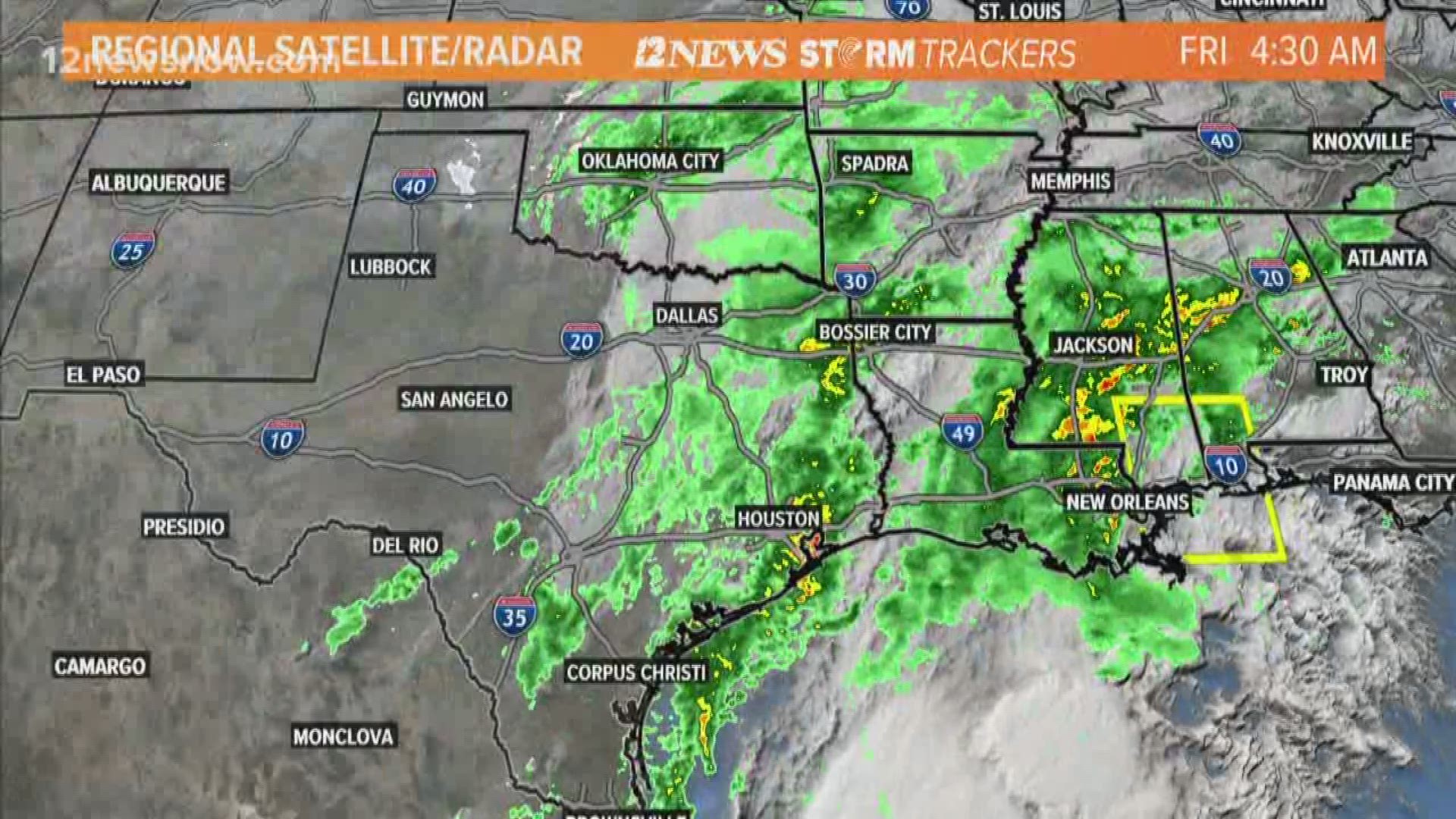 BEAUMONT, Texas — Tropical Storm Olga forms in Gulf of Mexico and is expected to soon merge with cold front to become a post-tropical low.

The 12News StormTrackers has been monitoring the tropical disturbance in the Gulf throughout the week.

Olga, upgraded from a tropical depression by the National Hurricane Center Friday afternoon, is interacting with a cold front moving through Southeast Texas.

Winds are currently at 40 mph and Olga is moving NNE at 18 mph.

The combination is bringing heavy rain to nearly all of Southeast Texas and Southwest Louisiana.

Primary impacts will be additional rain along the northern Gulf Coast as this storm makes landfall over south central Louisiana. The current timing is expected late Friday to very early Saturday. It appears landfall will be near Morgan City, Louisiana.

Southeast Texas has had a very wet and soggy Friday.

As much as 2-5" of rain fell. There were heavier amounts in some areas.

After the rain and cold front moves through, temperatures will take a dramatic dip. Highs may not leave the 60s on Friday. And on Saturday and Sunday, lows will be in the 40s and 50s with highs in the upper 60s to low 70s.

That same cold front brought thundersnow and white out conditions to Amarillo, Texas, Thursday. Blankets of heavy snow was reported across the Texas Panhandle.

Stay ahead of the storm | Download the 12NewsNow app from iTunes or Google Play.

Invest 97 would be called Olga if it were to develop into a tropical depression.

The National Oceanic and Atmospheric Administration predicted 10 to 17 named storms. It says five to nine of them will become hurricanes and two to four of those would become major hurricanes with 111 mph winds or higher.