The Leonid meteor shower will reach its peak a few hours before you wake up for work Monday morning. Viewing conditions will be pretty good for the Denver area. 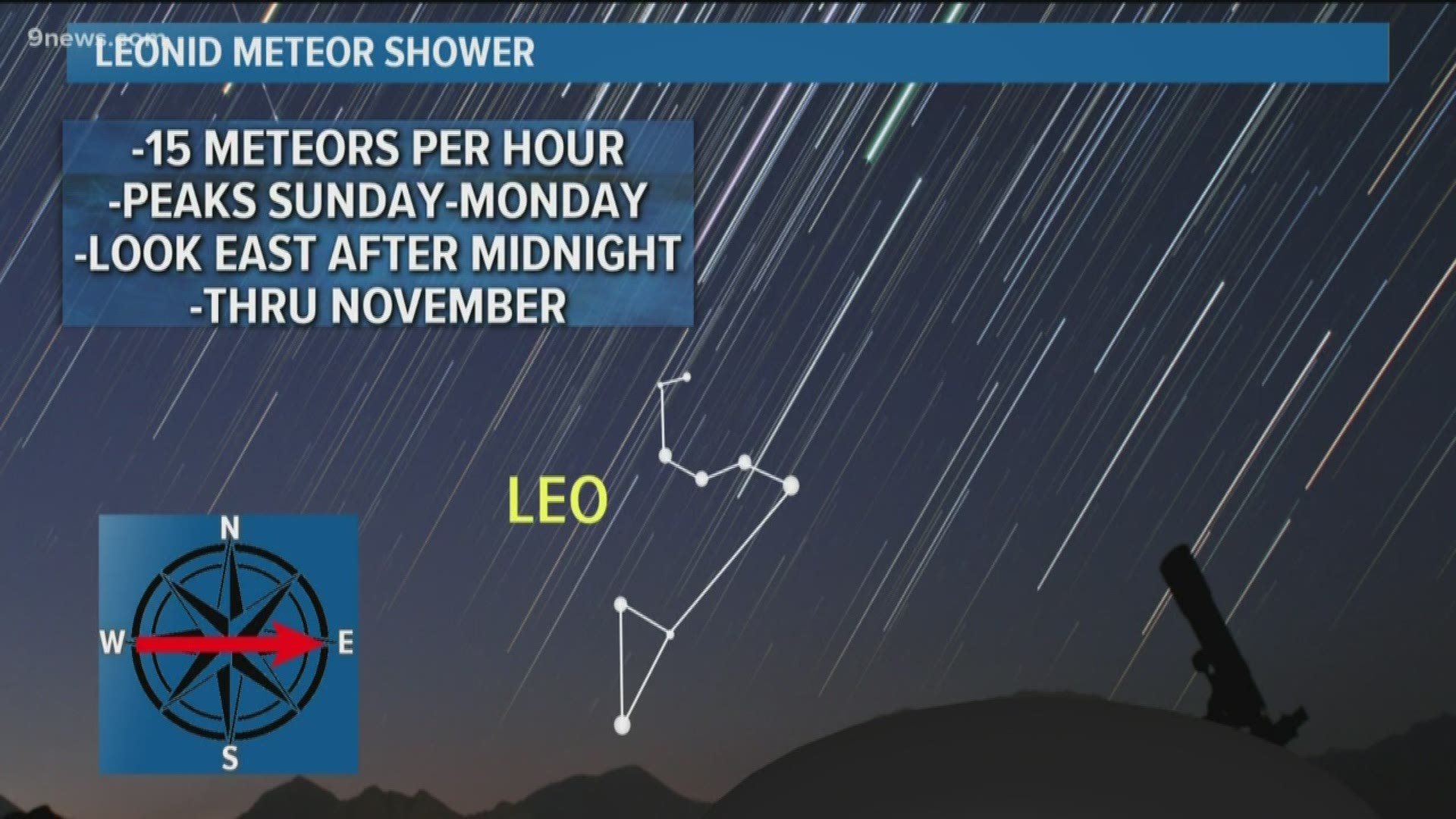 COLORADO, USA — The Leonid meteor shower will reach its peak a few hours before you wake up for work Monday morning.

This meteor shower is known for its periodic storms, producing thousands of meteors an hour. We won’t see quite that many this year.

Just after midnight on Nov. 18, the Leonid Meteor Shower will reach it’s peak. Small streaks will shoot across the sky as the earth passes through the orbital path of the Tempel-Tuttle comet.

The debris that cause these shooting stars is very different from what produced this week’s fireball in St. Louis. Instead of being 3 feet in size … these meteors are roughly the size of a cheerio.

Viewing conditions will be pretty good for the Denver area. Skies should be clear from the weekend’s storm. Our waning gibbous moon will be the only problem, allowing too much light and drowning out some of the meteors.

But if you still want to check it out, the best time to watch will be after midnight Monday morning.

Look low on the horizon towards the eastern sky for the constellation Leo.

While you’ll be able to see the meteor shower all over the sky, the Leonids will appear to come from this point.

If you wake up a little later, look higher in the sky and a little further south.

This year’s shower will produce 10 to 15 meteors per hour, and even though it peaks early Monday, we’ll still see meteors from the Leonids through the end of the month.

Those meteor shower "storms" only come around every 30 years or so.